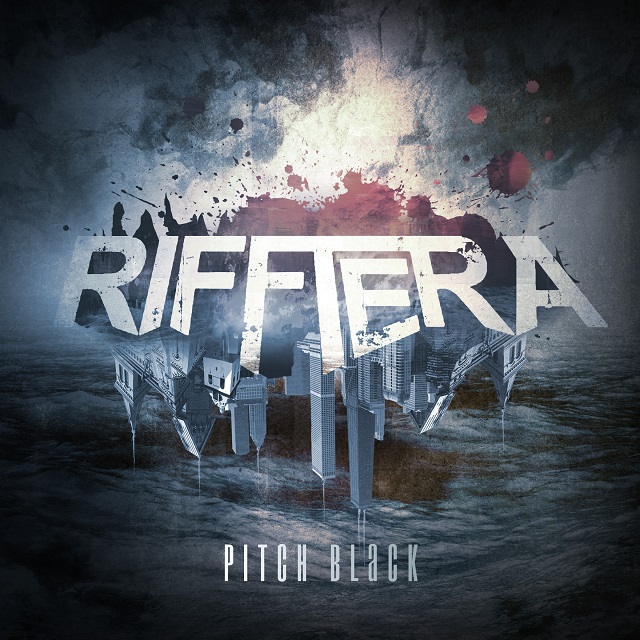 No, Not the Vin Diesel One

Rifftera is a band from Vaasa, Finland, playing music influenced by melodic death metal and thrash metal. You all know I'm down for a little MDM, but it's gotta be done right. Pitch Black gets more than a pass in this regard. The closest comparison here would definitely be Soilwork, which is appropriate given that vocalist Björn "Speed" Strid, is featured on "Rotten To The Core."

Both the faster and more melodic moments of this album have a lot going for them. You've got to love that intro to "One Step Closer." And the uplifting passages throughout "Lightbringer" are endlessly catchy. The harsh vocals tear their way through the mix like Serenity in Murder, but it's the clean vox that really get me going in this case. It's like "Become the Catalyst" meets ICS Vortex circa Death Cult Armageddon. You WILL be singing along.

Riffs tend to be a bit heavier on thrash than death. Rifftera lists Metallica as an influence in this respect, and it shows. But there are plenty of simplified portions more akin to symphonic metal. Speaking of symphonic, these keys are awesome. Children of Bodom with a little Dark Tranquillity for good measure. Some of the high points are when the guitar and synth play off of each other for dueling solos as on "Ruins of the Empire." The great instrumental build here also shows that these guys are just as strong in songwriting without the vocals.

All in all, Pitch Black is a solid melodeath album with a nostalgic, throwback sound to the early 2000's. From the first track, the double bass rumbles deep within your chest. But the real takeaway here is the title track. 11 minutes of flawless action. It opens with strings and and acoustic guitar that's The Jester Race meets "Stairway to Heaven." Crunchy hooks make room for the very deliberate vocal delivery not far from Moonsorrow. But it's where the orchestra and clean singing join that make this song truly transcendent. And a few more more killer solos definitely don't hurt.