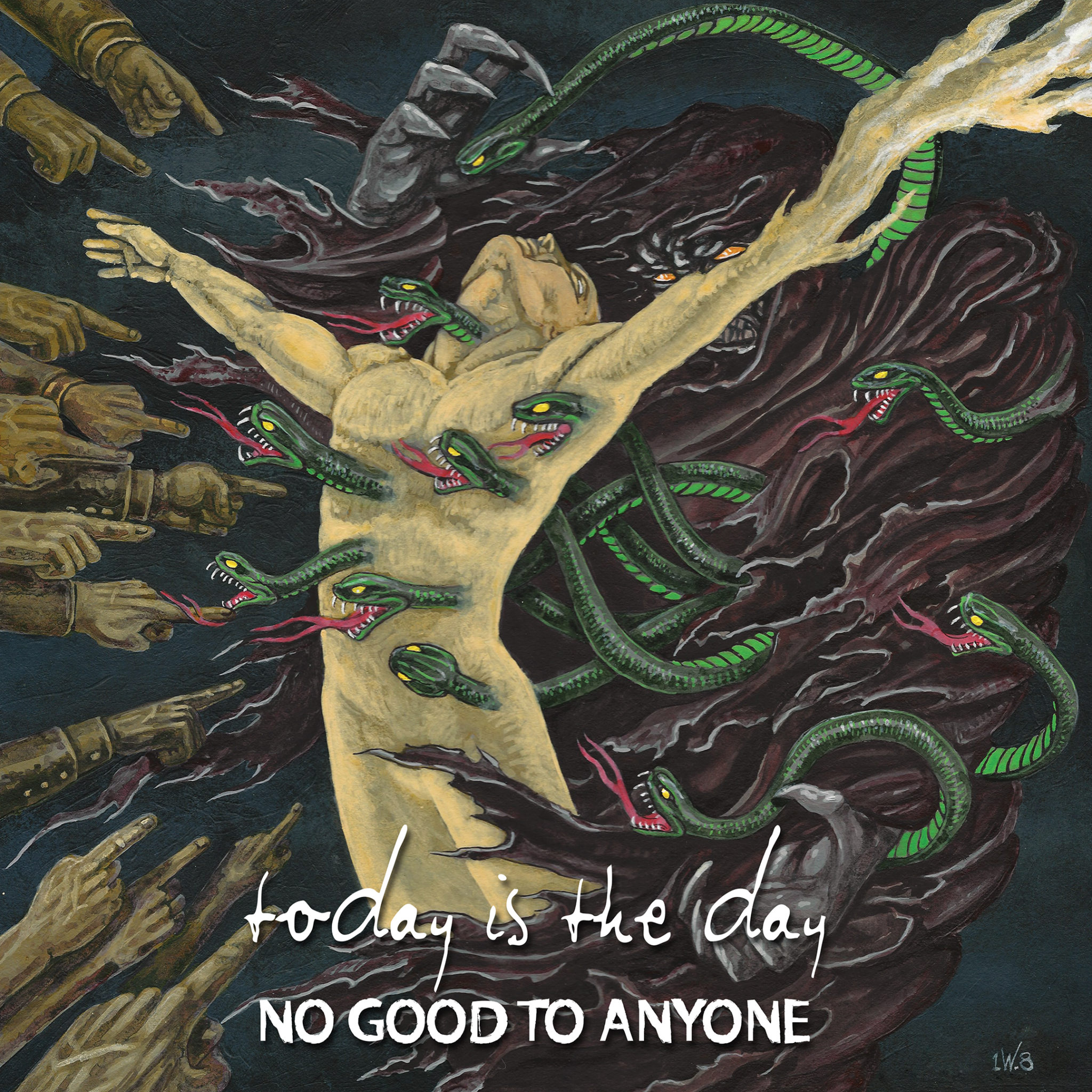 No Good To Anyone

No Good To Anyone
by Today is the Day

Today is the Day has remained completely unpredictable over the last twenty-five years, bridging the gap between noise rock and metal while offering plenty of experimentation that made the band impossible to pin down.  In the years that have passed since 2014’s Animal Mother band leader Steve Austin’s been through near death situations and other incredible hardships, which has culminated in No Good To Anyone.  Today is the Dayhas always had immense amount of anger and chaos in their music, but here it’s delivered with so much raw emotion that even when the material heads into acoustic territory it’s just as impactful.  It once again pushes the group outwards in new directions, and while the sheer amount of musical directions can feel like a psychotic haze at times that’s part of what makes it such an exciting listen.

Steve Austin has always covered a lot of territory with each album but No Good To Anyone really takes you down the rabbit hole as it moves between just about every aspect of experimental rock and metal you can think of.  The title track starts things off with a lumbering bass line and sludgy guitar work that suddenly opens up into black metal blasting a few minutes in, unleashing a torrent of abrasive tonality upon the unsuspecting listener.  From there Today is the Day never stays in one place for too long, sometimes channeling the angularness and swagger of the 90s noise rock sound they were a part of while even heading into grind blasting and all-out aggression on “Burn In Hell”.  But what might be most surprising are the acoustic tracks like “Callie” and “Rockets and Dreams” where all of the distortion and anger fade away in favor of somber melodies that get under your skin and may even move you to tears depending on your mood.  These moments prove to be even rawer and impactful as when the instrumentation is at its noisiest levels, and it’s this type of versatility that the band has excelled at for so many years.  It’s a lot to take in, and much like later period Swans (which the mellower passages sometimes remind me of) multiple listens will be required to even begin to handle on all of the different elements that are at work here, but the effort is well worth it.  No Good To Anyone flows like a stream of consciousness that is a rollercoaster from beginning to end yet no idea feels too out of place or unnecessary.

Chances are that if you’ve heard Today is the Day before, one of the elements that drew you in were the vocals, as Steve Austin’s often utilized one of the more abrasive and ear piercing screams out there.  There’s still plenty of that to be found throughout No Good To Anyone, but there’s even more singing this time around compared to what I remember from much of the band’s back catalog.  The contrast between these vocal ranges stands out as you make your way through the album, and it’s perfectly demonstrated on the title track where Austin’s somber spoken word and his inhuman screaming seem to be offering a window into just how fractured his psyche is after all of these experiences.  Austin’s singing voice falls somewhere between Americana and grunge depending on which song you’re listening to, and it takes the material into some unexpected directions, even for a band that’s known for the unexpected.

It may not be the most abrasive or chaotic material that the group has released, but it’s some of the rawest and darkest emotionally which leaves just as big of a mark on those that spend in-depth time with the material.  Today is the Day has never been an easy listen and even during its more straightforward rock centered moments that holds true on this album, but that effort rewards you with songs that haunt you and stick with you even after you’ve turned the disc off.  No Good To Anyone is available from BMG.