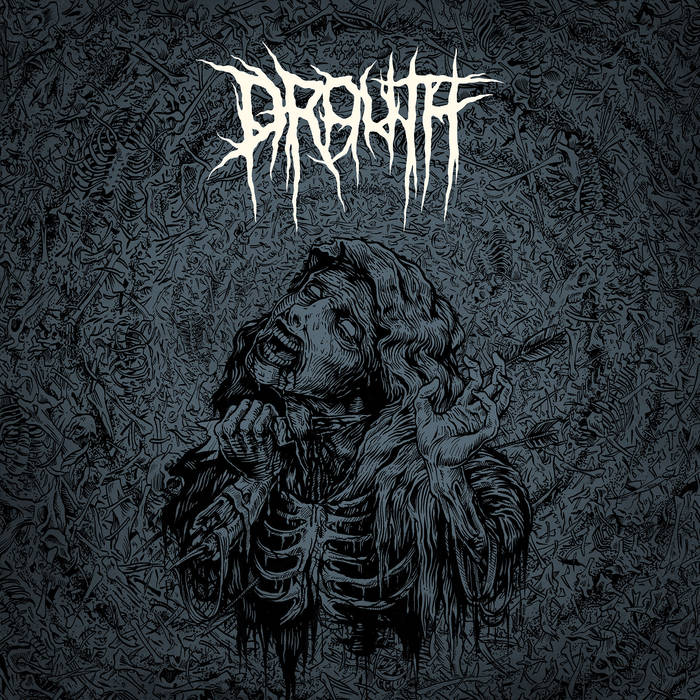 Atmospheric death metal and blackened sludge have been gaining dominance in my library over the past year, and Drouth's latest EP fits nicely into the latter. New recruits are always welcome in my army of dismal debauchery. But like most music that earns my permanent hard drive space, especially in the case of EP's, Drouth puts their own unique touch on the sound.

As apparent from the clean, depressive notes of opening track “Vast, Loathesome,” there is more than a sprinkling of post-metal in the mix as well. When alone, these sections are brooding and moody, but at about 1:08 is where the fun truly starts. Drouth likes to layer, and the result feels like two tracks being played back to back: one harsh and grim, the other sad and doomy. It's like a simultaneous performance of Indian and Sonance.

Also in Vast, Loathesome's repertoire is a sense of progression. Everything is a building process. Aside from the aforementioned layering, the songwriting itself seems to become increasingly more intense as time wears on. Even the brief, part-ambient instrumental “Orb Weaver” sounds like the transition to “dark Silent Hill.” And the title track's abrupt change in pace and style around 6:20 is well-executed while paving the way for a very aggressive conclusion.

The final song, “Nine Circles By Starlight” even dabbles in alternative rock to great effect. The combination of grungy, up-tempo guitar, energetic drum work, and black metal wretches just works so well on every level. If Layne Staley hadn't died, but continued using drugs, Drouth is likely the natural progression of what Alice In Chains might sound like. Whether you agree with that summation or not, you have to admit that the intensity of its final moments are palpable.

3 Songs, $3, and hopefully only the beginnings of a future LP. Drouth has a unique sound that somehow feels dirty and primitive, yet simultaneously refined. Stream it on bandcamp and give the devil his due.