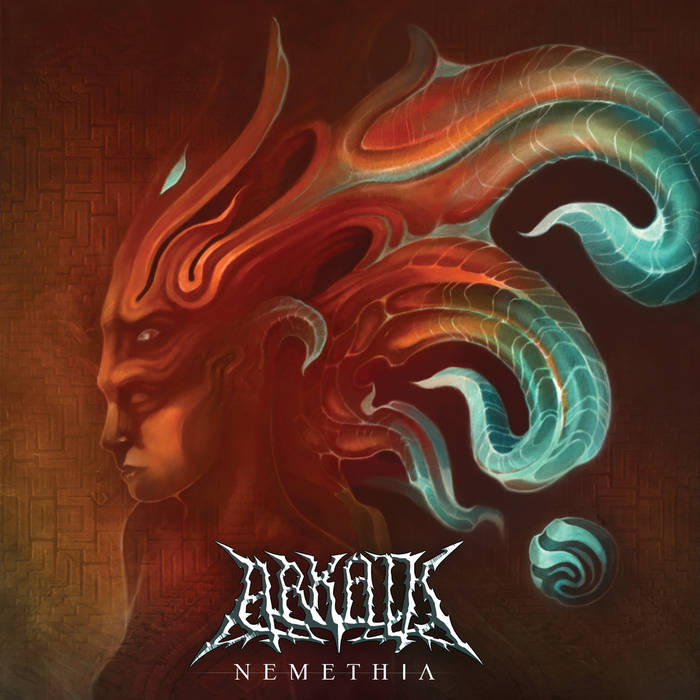 What I Like: I talk about guitar all the damn time, so it's worth starting somewhere else with a band that is strong in so many other departments.  First of all, let me gush a bit about the bass work.  Bass guitar often gets tossed to the curb in my reviews, but it's simply impossible to ignore on Nemethia.  Not only is the tone consistently attention-grabbing, but Adam Roethlisberger absolutely crushes a few solos a la Coma Cluster Void.  Very impressive stuff.  Another selling point are the few orchestral sections courtesy of Stephen Paulson of the San Francisco Symphony Orchestra.  They provide a lush backdrop to the already complex and rewarding compositional palette.

But at the end of the day, Nemethia is a tech death record, and this genre is built firmly on guitar and drums.  Alex and Greg are both f#$king monsters.  I had a hard time believing I would come across any worthy competetors to the insane number of musicianship-heavy albums in the first half of 2017, but Arkaik have definitely earned a slot.  The riffs and rhythms on this album not only boggle the mind in terms of their sporadic pace changes and ludicrous speed, but also delight the senses with an ever-shifting spectrum of delectable melodies.  And all of this while not one, but THREE members throw down some truly dominating death metal vocals.

Critiques: Very little to say on this one.  It's not an album filled with particularly new ideas, but they are presented as good if not better than those that came before.

The Verdict: Arkaik are a destructive powerhouse to be reckoned with.  I cover plenty of technically proficient albums here on Metal Trenches, but it's rare to find those bands where every single member, right down to the bass player, is an indespensible component to the overall sound and breathtaking individual performer at the same time.  BUY THIS ALBUM this Friday.