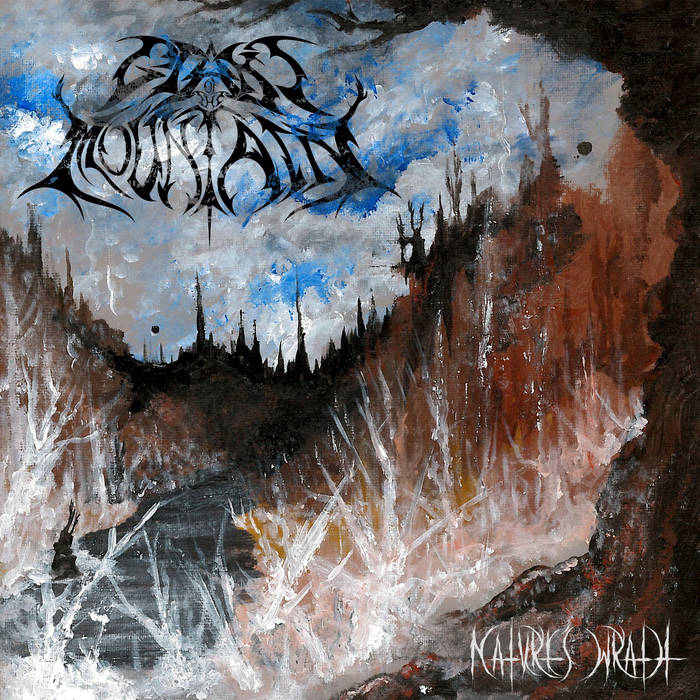 Nature's Wrath
by Giant of the Mountain

The Pitch: Haunting, progressive black metal from Dallas, TX. "Drawing the moon down through the mountains and into the valley, the Giant of the Mountain rears his head to breath his dreadful anguish unto humanity." FFO: Borknagar, Opeth, Ur Draugr

What I Like: The more I listen to this album, the more it seeps under my skin. It has the soul and aesthetic of early Borknagar, but with plenty of surprises along the way. Similar to classics like The Olden Domain, Giant Of The Mountain fuse icy black metal riffs and raw howls with hauntingly folky singing that seems to echo from the past. But rather than merely reveling in these influences, they are the foundation for so much more. Perhaps more than anything else, Nature's Wrath is a prog album.  Just listen to the irresistible guitar hook and subsequent soloing that begin about midway through the title track, or the jazz-infused intro to "Changing Land.". This band seems to have just as much love for Baroness, Mastodon ("Kingdom of Ice") and Opeth ("Gale's End) as for Enslaved. Throughout the album elements of sludge, doom, and technical black metal a la Ur Draugr add further layers of depth to the experience.

Critiques: This is largely perfection. There is nothing I would really change about it.

The Verdict: Nature's Wrath is an incredible album that reminds me why I started this site to begin with. With all of the hustle and bustle of more anticipated releases, it's the occasional out-of-left-field direct band requests that often blow me away the most. Metal Trenches lives for talented underdogs like Giant Of The Mountain. If the closing solo of "Lamentations of Smoke" doesn't touch your soul, you are dead inside.