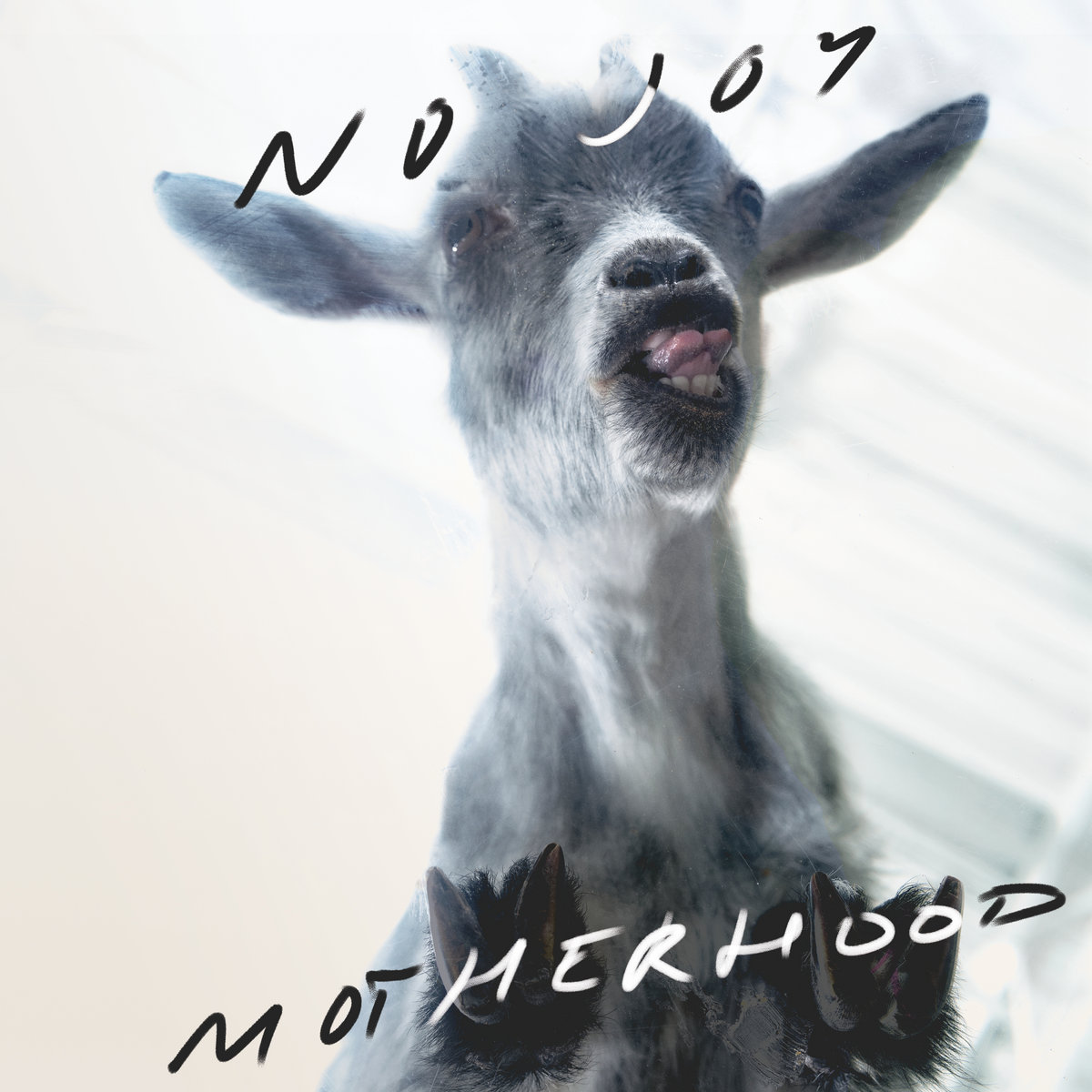 Motherhood
by No Joy

It’s always refreshing to step briefly outside of the extreme metal world and listen to something that has some metal and industrial influences but approaches them from a completely different context.  One of the latest examples of this is Motherhood from Canada’s No Joy, an album that is based in shoegaze and pop but also incorporates bursts of trip hop, industrial, and even a little metal.  Formed as a collaboration between Jasamine White-Gluz and Laura Lloyd, for this latest effort White-Gluz has stepped out on her own and brought along other guests for the ride.  It’s an album that proves to be an adventurous listen with each track heading into different territory, but each style is delivered with enough substance to keep you interested from beginning to end.

If the name of No Joy’s main songwriter sounds familiar to some of you, that’s because she’s the sister of Alissa White-Gluz (Arch Enemy, ex-The Agonist).  Alissa appears on the second track “Dream Rats”, which might throw off those outside the usual metal fanbase when her harsher growls kick in after a few seconds of softer shoegaze leaning guitar work.  But for those reading this site looking from in from the other side of the listening spectrum, this guest appearance may actually draw them into what proves to be an album that never stays in the same place for too long.  No Joy’s core has been shoegaze and dream pop, but here the material goes all over the map and is likely to remind you of dozens of other artists and bands while still standing on its own two feet.  “Nothing Will Hurt” is a perfect example of the type of transformation the songs go through on Motherhood, as it starts off with a jangly guitar melody that wouldn’t sound out of place for indie pop and then kicks in with a dance beat and driving 80s bass line.  There are explorations back into full-on shoegaze where the tranquil layers of melody wash over you and sprawl outwards, and even some trip hop that brings Portishead and other 80s and 90s acts to mind.  “Fish” and “Happy Bleeding” feature some rawer guitar work that bring in significant Nine Inch Nails influence circa The Fragile, while “four” ends with instrumentation that has some post hardcore and metal vibes.  But even with some of the harsher elements, No Joy always returns to melody and pop, ensuring there are hooks throughout that keep your focus even as the instrumentals go in whatever direction they want.

As mentioned earlier, “Dream Rats” begins and ends with Alissa White-Gluz’s harsher growls, but don’t expect that to be the usual approach throughout Motherhood.  What you will get is some of the strongest singing Jasamine White-Gluz has ever showcased, as her voice is front and center and soars over some of the densest moments.  Where previous No Joy albums took the usual shoegaze and indie pop approach and buried the vocals in the background a bit, here they’re much more prominent and give the material a very different feel.  On the shoegaze and trip hop passages, the singing has a lighter and airier tone that seems to weave in and out of the instrumental layers, while the energy level rises significantly when the album heads into full-on pop territory.  Recent bios for No Joy mention White-Gluz conquering her shyness with recent material and this is evident throughout Motherhood, where her voice takes as much of a spotlight as the guitar and electronic instrumentation.

No Joy’s latest shows a wide range of musical influences, having consumed some of metal and industrial’s abrasive elements along with just about everything pop and shoegaze related.  While there are plenty of individual moments that will bring specific artists to mind, the constant shifts make this album hard to pin down.  Even with the diversity of the music there are still infectious melodies and verses that stand out with each time through, providing a cohesive listen that comes highly recommended.  Motherhood is available from Joyful Noise Recordings.