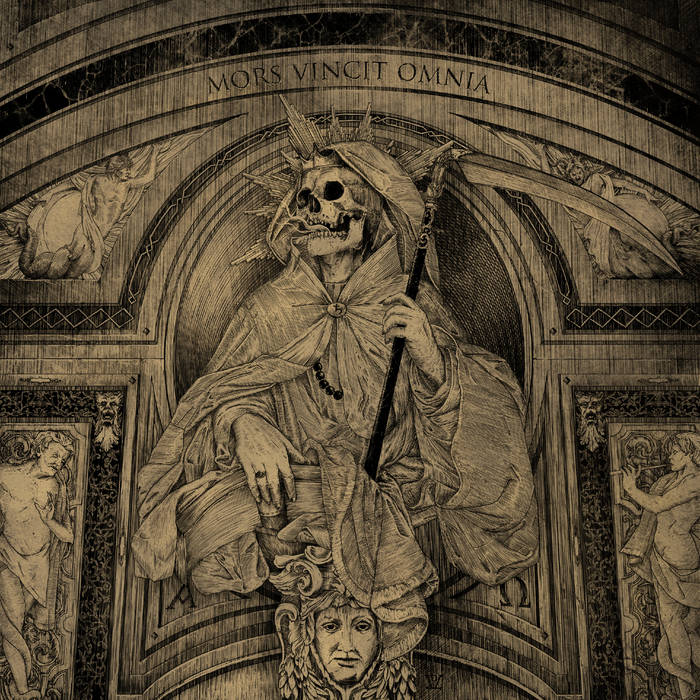 What I Like: "Altars of Azrael"... "Godspeed Angel Of Death"..."Upon The Pale Horse"... Crimson Moon leave little ambiguity as to what this album is paying tribute to; it's 8 anthems of pure death worship. Mors Vincit Omnia even translates to "death conquers all." Each track feels very imposing, the atmosphere encircling the listener via morbid, raspy snarls, monklike chanting, and cavernous production. Guitars alternate between doomy dirges, midpaced war marches, and fierce tremolo charges led by the flaming sword. And as an added bonus, Mors Vincit Omnia also features guest appearances by Proscriptor (Absu), Lord Angelslayer (Archgoat), Ixithra (Demoncy), and Phaesphoros (Kawir). In many ways the overall approach and nightmarish atmosphere recall the various works of Naas Alcameth (Nightbringer, etc.), incorporating layers of ambient sound and organ in addition to traditional instruments.

Critiques: The album does fall victim to over-repetition at times. The songwriting isn't quite progressive enough to warrant these 7-8 minute runtimes. A number of them would be stronger and more concise at closer to 5.

The Verdict: Mors Vincit Omnia is another solid black metal album from Crimson Moon, arguably more consistent than the last. While there is room to tighten up the songwriting, overall it is among the better albums in the genre this year and highly recommended above all for its unwavering atmosphere.