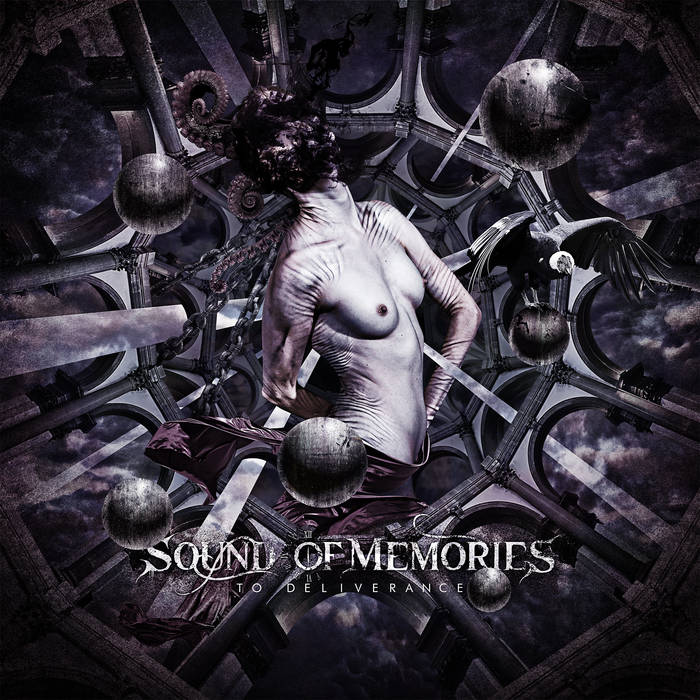 To Deliverance
by Sound of Memories

Sound of Memories was formed by guitarists Alain and Lucho and bassist Fabien in Paris in 2010. While their sound is described as a "symbiosis of thrash and death metal merged with heavy metal," a more simplistic summary would be extreme folk. Songs vary in style, but the vast majority fit the bill for me. Aside from their debut EP, Living Circles, To Deliverance represents the first release from this promising group.

After being treated to a gorgeous string and piano intro, "Momentum" strikes hard (unintentional joke there) with the melodeath fury of Mors Principium Est and warrior spirit of Ensiferum. Vocals favor the former genre with their deeper growls and occasional screeches, while the bouncy, energetic riffs oscillate between the two in time with the pummeling drums. Some hooks are more Carcass, others seemed ripped straight off of Iron. In any case, expect a lot of testosterone, harmonizing, and perhaps a keg of ale.

As a guitar player, it is this focus on ear-catching interplay and overall songwriting that got me interested enough to review Sound of Memories to begin with. It's nothing that hasn't been done before, but these blokes do it well. The melodies are strong, styles and structures are varied, and songs flow nicely without becoming repetetive. Like solos? We got 'em. If I only wanted you to take one thing from To Deliverance, it would be that you'll want to pick up an ax and learn these riffs.

Fortunately, this is not the only good thing about the album. I have heard quite a few releases this year where I was floored by a killer opening hook only to be dissapointed by a particularly displeasing vocalist. Not the case here. While I think there is room for improvement and maturation in taking charge of these tracks, Florent does a fine enough job for the genre in both cadence and aggression. The catchy chorus on "Pray for Blood" is anthemic and ripe for enthralling live performances. And there is even some experimentation in In Flames-esque clean vocals on "Eulogy" that could be developed and better honed in the future.

All in all, To Deliverance is a solid release that caught my ear and got me moving enough to warrant continued listens, and more importantly, following them in the future. I predict that with some increased production and just bit more growth as a band that happens with time, Sound of Memories could really knock my ass out of my chair down the road. For now, you can stream this debut full release below and pick it up for 7 Euro.