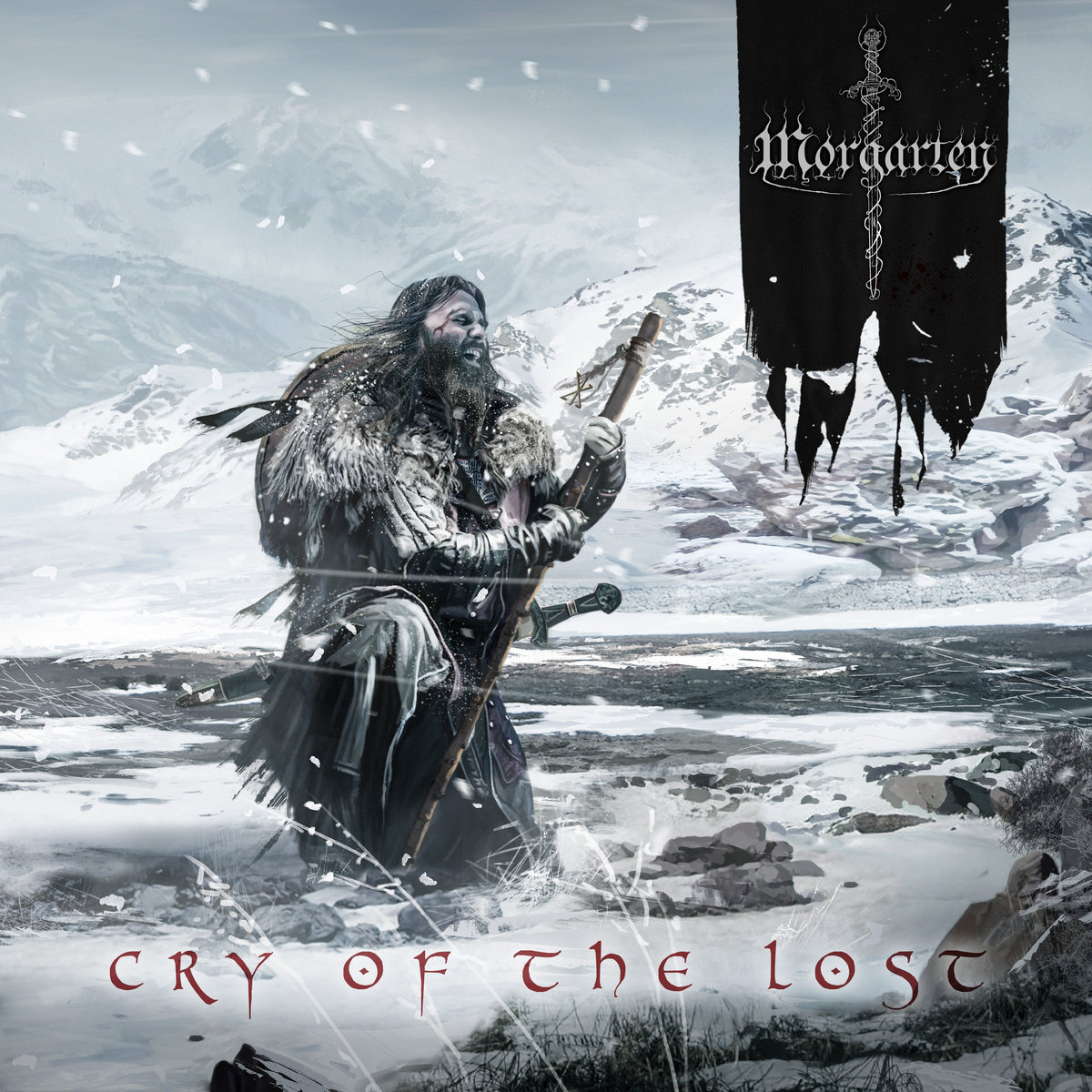 Cry of the Lost
by Morgarten

Despite my familiarity with a lot of folk metal and black metal that skewed towards pagan and medieval themes, Switzerland’s Morgarten hadn’t come across my radar before.  Part of this could be due to the band’s limited discography, as it would take ten years from their formation in 2005 for debut Risen to Fight to come out and another six for follow-up Cry of the Lost.  But having spent time with that album now, it’s clear that these guys favor quality over quantity and have spent those longer gaps finding that sweet spot between the folk and black metal sides of the spectrum.  With songs that have a flair for epic and soaring landscapes as well as some of the jovial qualities you’d expect from anything folk leaning, this is a fun listen that feels like it can genuinely transport you back many centuries.

Although anything tagged as folk metal these days has a tendency to take significant influence from either symphonic metal or melodic death metal, Morgarten is actually rooted primarily in black metal with the folk elements coming through as layers that are placed over top of this foundation.  So rather than being another Ensiferum type band, the material here reminds me more of symphonic leaning black metal like Emperor, Dimmu Borgir, or Sear Bliss if they had a significant injection of traditional folk instrumentation.  This works to the group’s advantage, as the songs tend to seamlessly balance icy and aggressive instrumentation that sounds like a warrior traversing a frigid landscape alongside more jovial and celebratory passages.  Songs like “Tales of My Land” are perfect examples of how Morgarten ties everything together, as the epic tone of the guitar leads mixed with the folk instrumentation channels black and folk with even a little bit of power metal cheese.  Cry of the Lost does a good job of shaking up the formula from one song to the next, as the appropriately named “Die or Fight” takes on a much harsher and darker slant while some of the other tracks have varied rhythms and melodic leads that come across as a bit more lighthearted.  The production values work to Morgarten’s advantage too, as they allow the material to reach gigantic peaks without drowning out the finer details.  The only issue that I did find with Cry of the Lost is that it felt just a bit too long winded at times, as its hour length does result in some moments that seem to drag on.

The vocals move between harsher and cleaner ranges, and this is where the black metal and folk elements become even more intertwined.  The minute-long intro starts off with a drinking song of sorts, complete with background chatter that makes it sound like you’re right in the middle of a medieval tavern, but as soon as “To Victory” begins you’re met with raspy and abrasive screaming.  Pitch wise Morgarten’s lead vocalist has the same raspy and ear-piercing voice as Ihsahn circa his Emperor days, which immediately made the material appealing for me.  Other members of the band chime in with clean singing and chants, but unlike some folk metal where the singing can’t match the power of the screams that isn’t the case here.  “Dawning of the Reborn” in particular has some somber singing around the three quarter mark that proves to stick with me just as much as the spine chilling tones of the screams, and this helps to further set the group apart.

Morgarten has made a notable effort to push outwards towards even grander arrangements, and while I do feel they do start to overstay their welcome at some points there is still a lot here that will keep listeners coming back.  The balance between the symphonic black metal foundation and folk elements keeps them from seeming as predictable as some of the other bands in the folk metal space, and the atmosphere feels like it can genuinely transport you to a time long past.  I think there’s still room for a few more tweaks and just a little more trimming could make album three a true classic, but this group is far more exciting than the norm for these two genres.  Cry of the Lost is available from Inner Wound Recordings.