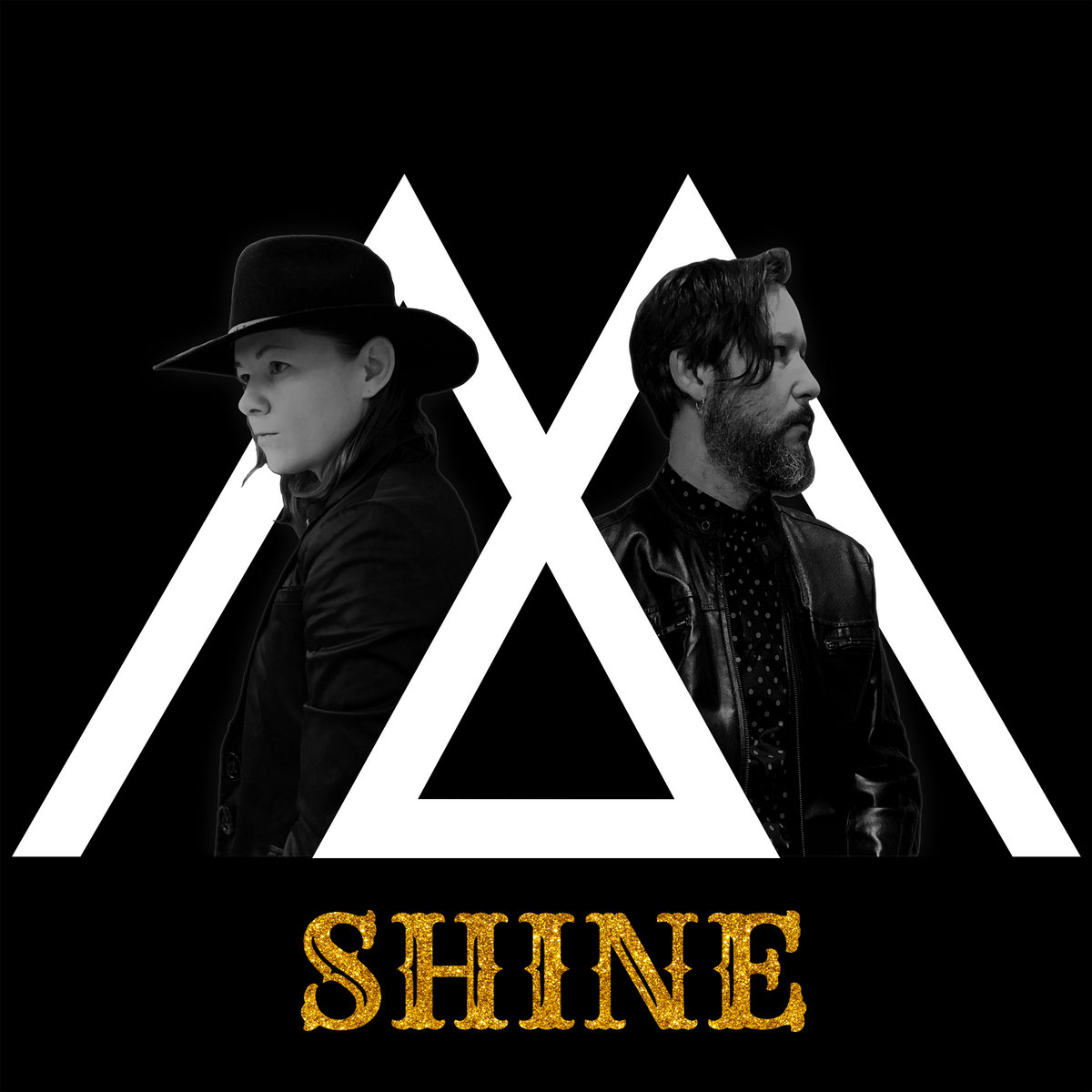 When it comes to rock, bands tend to pick one particular variant and make it their own.  Sometimes there’s variation within that, such as hard rock groups capturing elements of the genre from across various decades, but it’s a bit rarer to find artists that seem to shape shift from one song to the next while still having hooks.  Los Angeles based duo MOON are able to achieve this on their latest release Shine, which encompasses everything from folk, soul, electronic, and desert rock.  With pop hooks leading the material off and later cuts going for a softer, introspective approach, there’s a little here for each type of listener.

Shine kicks off with huge hooks, coming through with instrumentation that sounds like soul and gospel fused with the energy of a garage rock band.  This is continued on “Never Cross Me” which opens up into a soaring guitar lead that wouldn’t sound out of place on an Audioslave album alongside Nine Inch Nails style keyboards and a backing orchestration courtesy of the Budapest Symphonic Scoring Orchestra.  It’s the kind of rock ‘n roll that’s made for radio play with darker verses and booming choruses and had the rest of the material followed this same formula MOON likely would’ve still been able to keep listeners interested.  But they shift significantly with the next three tracks, as the instrumentation starts to head towards more melody and softer textures.  While the electronic elements still give the beats some room-filling capacity, the last two songs take on more of a shoegaze and desert rock aesthetic with alternative rock reminiscent of PJ Harvey added in for good measure.  The transition works well and showcases that this duo can pull off wherever they want to do, though the brevity of these five songs does leave me wanting even more.

Chelsea Dawn handles all the vocal work throughout Shine, and her voice is likely to pull you in right from the very beginning.  The instrumentation isn’t the only element that feels huge on the first two tracks, as the singing is also layered in a way that allows it to tower over the recording.  “Shine” gives off a classic rock ‘n roll and country swagger, with the vocal layering allowing for Dawn to harmonize with herself on the choruses.  As the soundscapes start to mellow the vocals do as well, giving off a more introspective and almost shoegaze style tone at certain points.  It’s interesting to find that MOON is capable of shapeshifting in every aspect of their music, as it gives them room to go just about anywhere.

MOON’s latest effort showcases the duo’s ability to write huge pop and rock laden hooks that are reminiscent of commercial radio’s past and present while also offering more textured and introspective material that’s a bit more on the alternative rock side of the spectrum.  The five songs offer up a considerable amount of variety, though they do want me leaving just a bit more and curious to see how this dynamic approach could be maintained without losing the polish on a longer effort.  But I also can’t think of too many artists that bring comparisons to everything from industrial rock, desert rock, and soul all at once and that makes this an intriguing listen no matter your tastes.