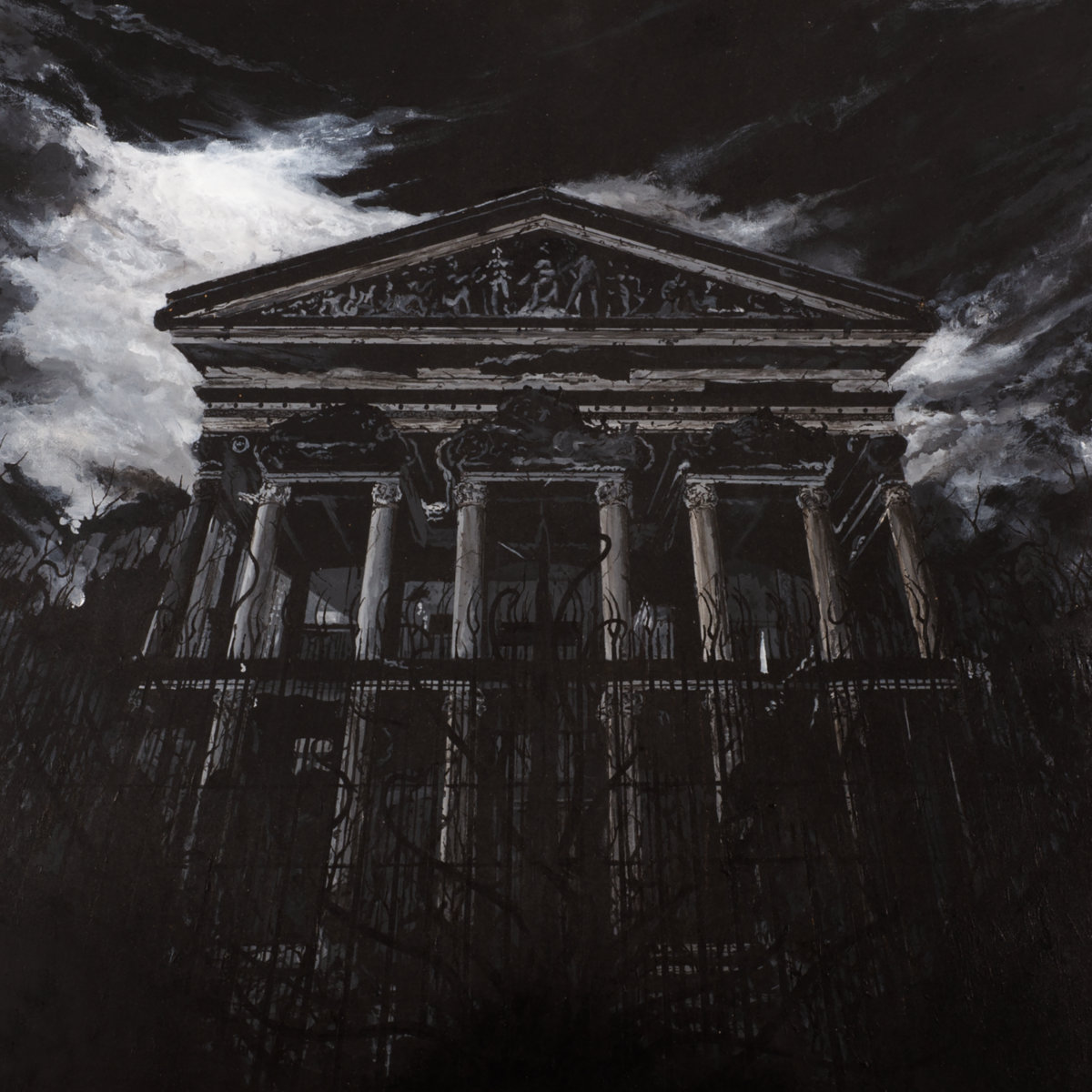 It has been exciting to watch the Icelandic black metal scene grow over the past decade, as even with many bands sharing members each one has found its own path and stylistic elements to explore over the course of each album.  No band has changed quite as much as Misþyrming though, as the group explored elements of dissonant black metal and dark ambient on their 2015 debut before throwing listeners a curveball with melodic black metal on 2019’s Algleymi.  For album number three founder D.G. has once again chosen to rewrite the script of what defines Misþyrming, as Með hamri goes for the throat with more traditional black metal while also incorporating some of the melody from its predecessor and some triumphant heavy metal riffing.  It’s an album that feels like a natural combination of the band’s first two releases while also pushing into new territory, and once again showcases the quality that fans have come to expect.

Misþyrming wastes little time in showcasing just how aggressive and violent their latest offering can be, as the title track kicks things off with blasting drums and riffs that fly by like a whirlwind of knives and blunt objects to the face.  Svartidauði’s M.S. has taken over on drums and he seems to have helped make the record even more scorching with drum work that not only manages to keep up with the frantic riffing but enhances the sense of controlled chaos.  It’s considerably more traditional sounding than its predecessor, and at their most violent levels the riffs bring similar twists and turns as labelmate Funeral Mist, though D.G. heads in differing directions that allow Með hamri to establish its own identity.  Once the blitzkrieg of an opener comes to an end, the second track “Með harmi” shakes things up again with a triumphant melodic lead that feels like a cross between something from Algleymi and traditional heavy metal.  Early on it reminds me a bit of mid-period Primordial but transitions over to other elements of black and heavy metal around the halfway point, moving into claustrophobic and harsher ambient/industrial at the end.  The remainder of the album continues this move between churning, blast beat driven riffs and mid-paced triumphant leads that feel like a natural bridge between Söngvar elds og óreiðu and Algleymi while still pushing Misþyrming into completely different sounding territory.  Even with the average track length hitting the seven-to-eight-minute mark, the way they twist and turn keeps things interesting and there are quite a few riffs that have remained with me over repeat listens.

One of the biggest differences between Algleymi and Misþyrming’s debut was D.G.’s vocal work, which had become much more defined and prominent in the mix.  Where before the screams sometimes seemed to blend in with the instrumentation and act as an extension of the soundscape itself, on Algleymi they were front and center and really added to that sense of power and scale.  That has been continued on Með hamri as D.G.’s performance matches the intensity of the rest of the band and when he breaks into maniacal sounding screaming around the halfway point of the title track you know you’re in for some genuinely intense black metal.  From a production standpoint this feels like the best balance Misþyrming has achieved between vocals and instrumentals, as the screams and growls tower above the recording without overwhelming the rest of the details.

Three albums in and approaching their first decade of existence, Misþyrming remains firmly on their own path and have chosen to go towards a more violent and aggressive black metal sound compared to some of the more atmospheric approaches their peers have taken.  This latest effort is a natural progression that keeps the same strong songwriting and memorable riffing of their last album while offering a fairly different sound.  There’s no telling where D.G. and company will go next, but it is sure they won’t disappoint.  Með hamri is available from Norma Evangelium Diaboli.