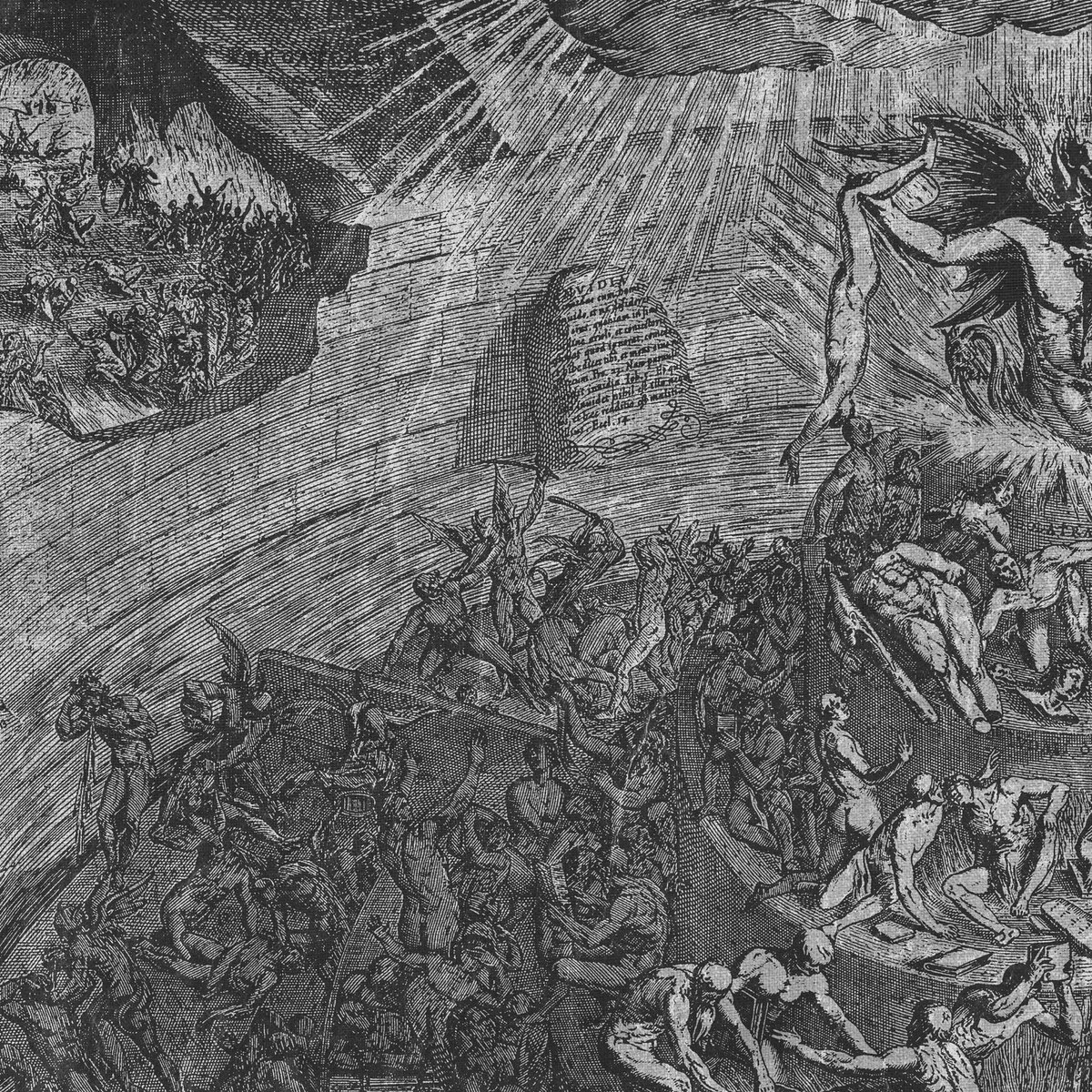 Misotheist - For the Glory of Your Redeemer Album Review

For the Glory of Your Redeemer
by Misotheist

Norway’s Misotheist left an impression on many listeners with their self-titled debut in 2018, providing three lengthy tracks that offered murky black metal which recalled the roots of Norwegian black metal while still pushing forward in meaningful ways.  Nearly three years later the mysterious band has finally released a follow-up titled For the Glory of Your Redeemer and based on the label blurb on Bandcamp it sounds like this album was initially scheduled to come out soon after the debut.  But despite the delays the wait has clearly been worth it, as this effort finds Misotheist once again exploring longer arrangements with twisting and turning songwriting that brings in as much sinister atmosphere and moments of pause alongside the chaos and violence.  It’s a significant leap forward for a group I suspect many who follow black metal will continue to talk about for some time to come.

In some ways the Trondheim black metal bands have followed a similar trajectory as the Icelandic groups who also have ties to Terratur Possessions, as they’ve started off with much murkier and dense material that has given way to a more expansive and atmospheric sound by the time they reach their next album.  This holds true for Misotheist, and while their songwriting heads in different directions than Sinmara or Svartidauði the three songs on For the Glory of Your Redeemer are able to channel a similarly bleak and dark atmosphere as they push outwards.  Where the self-titled was so murky that you had to really dive in to discover the details, here Misotheist has provided a bit more clarity to the recording itself with a fuller sound that allows for the twisted melodies and dissonance to further stand out.  There are still plenty of subtle nuances buried within the songwriting itself to be discovered upon repeat listens, but specific passages jump out a bit more on that first listen compared to the previous album.  What continues to stand out to me with each time through this effort is how it pulls in a lot of elements from the black metal of different countries yet still treads its own path.  There are elements that bring to mind the previously mentioned Icelandic bands, the dissonance and unpredictability of French bands like Aosoth and Deathspell Omega, and even some of the forefathers of Norwegian black metal, but it’s woven together with unexpected shifts and a more fluid approach to writing.  Misotheist also makes great use of deliberate pauses which is especially apparent on the closing track “Acts of the Flesh”.  Rather than going full-speed ahead with fast tempos and chaotic dissonance for the entire time, there’s a natural rise and fall of these elements that allow for subdued moments where the ominous melodies are left to linger and these provide just as much tension as the louder moments.  It’s an effective way of keeping the songs intriguing for these longer spans of time, and at a compact thirty minutes total not a minute is wasted.

Little remains known about Misotheist’s lineup aside from the fact that the vocalist has a separate project called Enevelde, who released another noteworthy album in 2020.  If you’ve heard either that release or Misotheist’s previous full length the performance here is sure to be just as appealing, and there’s a bit more separation between the vocals and instrumentals that allow the rougher edges of the screams and growls to really break through.  While the lower ranges still sometimes get swept up during the more chaotic moments, it only serves to further whip up the sound into a whirlwind of fury and violence and allows the vocals to become a natural extension of the instrumentation.  Small touches like this continue to bring me back to this album and while the approach is a familiar one, it’s delivered with so much power that it stands out.

Both Misotheist’s and Enevelde’s previous material were worth spending some in-depth time with, but I did find them to blur together at times.  For the Glory of Your Redeemer takes things to a new level with three songs that sprawl outwards with dissonance and natural pauses that always keep the intensity and sheer bleakness of the sound at a high no matter where they go.  While the individual elements are reminiscent of a number of different bands from across Norway, France, and even Iceland, they’re woven together in a way that feels far from derivative and there’s plenty here to keep listeners coming back for some time to come.  We’re only in February but Misotheist already is a top contender for some of the black metal in 2021, and with the label indicating that the final touches are already being added for album number three it sounds like we’ll be able to hear the next chapter of what this group has in store in the near future.  For the Glory of Your Redeemer is available from Terratur Possessions.