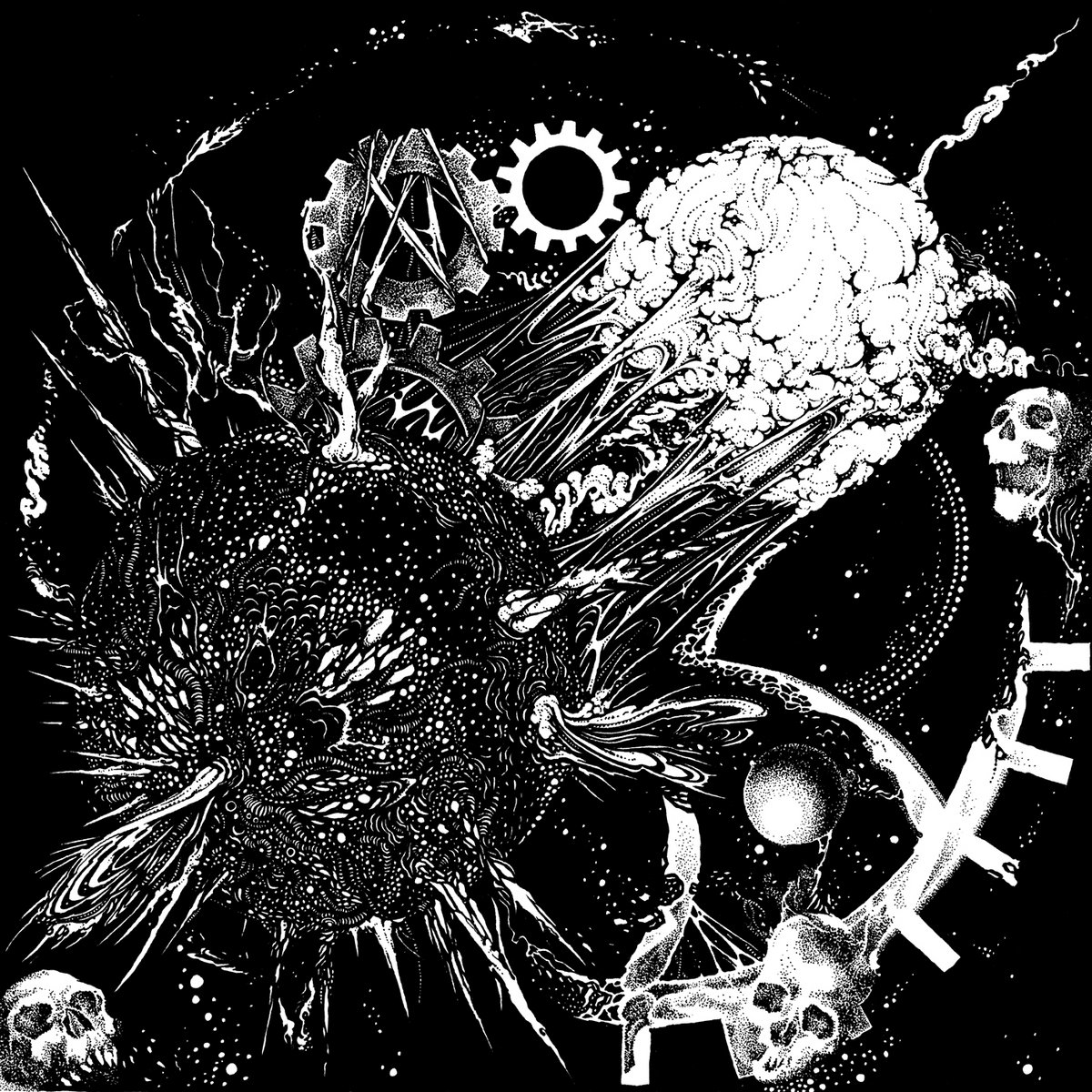 Perhaps its due to the more global nature of how music is released, but in recent memory German black metal has proven to be just as exciting and diverse as its Scandinavian peers.  Each year has introduced me to new bands from the country, both long-running and recently formed entities alike, and 2020 has already brought several strong albums into the spotlight.  One of the longer running entities that was new to me is Membaris, a duo whose roots go back to 1999.  Misanthrosophie is their fifth full length overall, coming in nearly eight years after its predecessor, but it’s evident in that time the group has not only refocused their approach but spread outwards towards melodic and experimental elements that push their material to new heights.

In preparation for this review I sampled some songs from Membaris’s past efforts and found rawer production values with writing that fell somewhere between the icy chill of second-wave black metal and some of the relentless onslaught of better known German groups like Endstille, with some melodies layered over top to provide some additional character.  While there were some standout moments the overall sound was a familiar one, and this is where Misanthrosophie immediately deviates from its predecessors.  That’s not to say that there isn’t still plenty of blasting and rawer qualities to the material, but there has been a noticeable shift in how the band has constructed everything.  The instrumentals vary in tempo frequently, with the atmosphere consistently swirling around the listener in a dense and enveloping manner no matter what speed everything is going.  Songs like “Imaginations Through the Horn-Crowned Skull” are perfect demonstrations of this, as the tempo starts off at a slower pace where an immense line and eerier guitar lead leads things off before ultimately speeding up into immense blasting that layers in melodies that get under your skin.  On some of the longest tracks Membaris experiments with these regular shifts even more, touching upon the intense and violent nature of black metal and some of its more atmospheric counterparts in the confines of the same song.  There are a lot of different elements to take in over the fifty-four-minute run time but quite a few of the leads and transitions have stuck with me over a month after the album came out, which is a testament to the amount of staying power Misanthrosophie has.

Both members contribute vocals to the material, and right from the get-go there’s a bit more variation to the performance than is typical for the genre.  “Architektur fern Struktur” starts off with ear-piecing high shrieks and screams, again bringing to mind the comparison to Endstille when they had Iblis as lead singer, but only a few minutes in Membaris has added in some singing and much deeper growls.  All of these different pitches are woven in naturally throughout the material, with the writing avoiding any kind of alternating pattern and instead regularly transitioning into something different.  It adds to the melodic and atmospheric sides of the music, and on the interlude “The Only Reason to Stay” the singing even gives off more of a pagan feel.  There are a lot of nuances to discover to each of the vocalist’s performances, and this only adds to the memorability of the music.

On their fifth album Membaris has pushed outsides of the typical black metal confines, retaining some of the warlike cadence and rawness of their earlier roots while utilizing even darker melodies and experimental flourishes to make their music distinguishable.  It’s not as overtly weird or avant-garde as some of the others that have gone through similar evolutions, but this material feels more adventurous than the norm and gives listeners equal amounts of swirling, violent riffing and somber atmosphere to get lost in.  Hopefully the next one doesn’t take another eight years to materialize, as this direction is an exciting one for this long-running group.  Misanthrosophie is available from World Terror Committee.