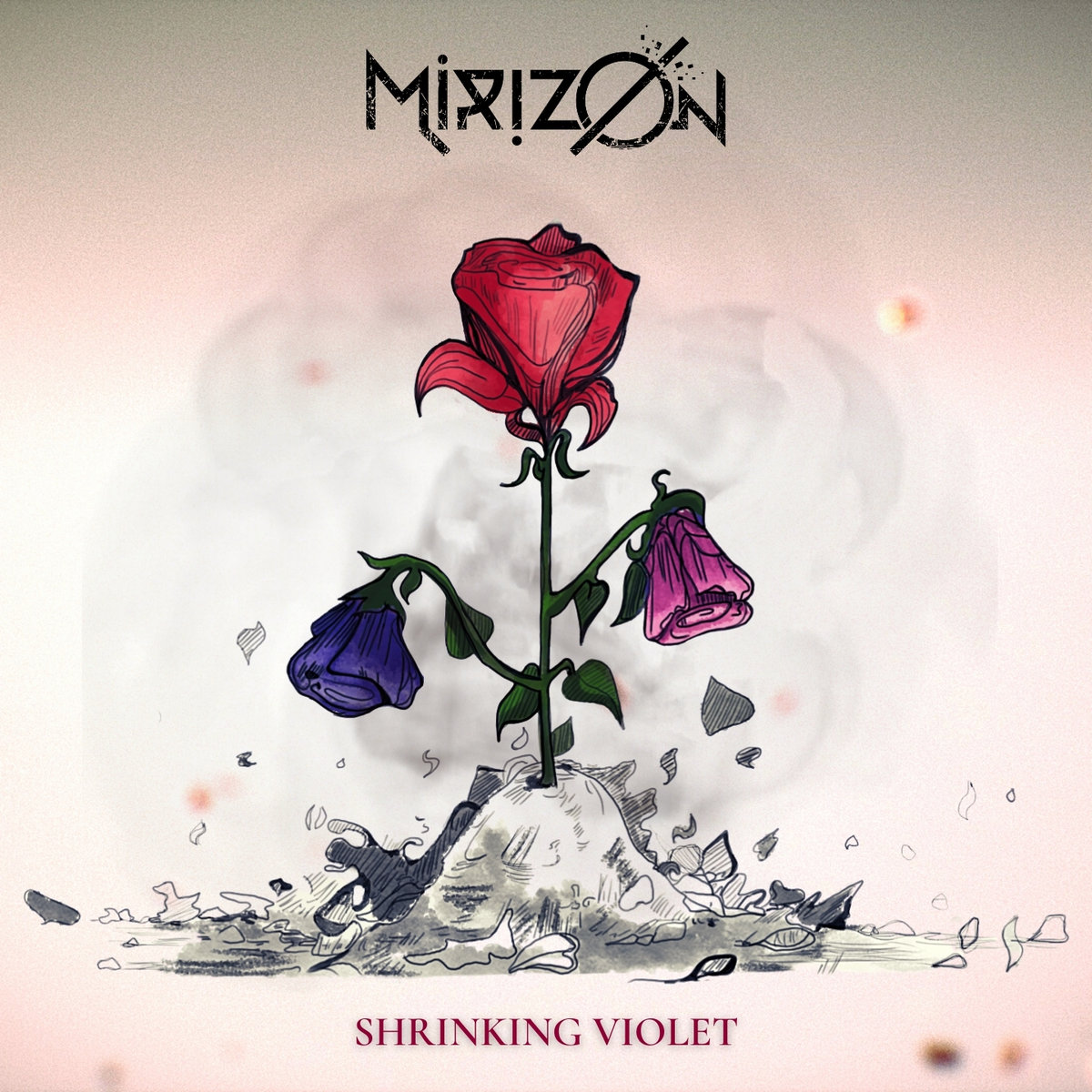 Metalcore is one of those genres where bands tend to blur together, as everyone is often chasing the heaviest tones and breakdowns around without having strong songwriting or a different angle.  So, it’s always exciting to find a newer group looking to take some familiar elements and inject something a bit different into them, which is what France’s Mirizøn has done on their debut full length Shrinking Violet.  With influences that range from metalcore and progressive metal to alternative rock, Shrinking Violet weaves violin into the core of its ideas which results in a more dynamic and absorbing listen.

It certainly seemed like Mirizøn could’ve just taken the brutal heavy chugs, thrown some violin over them, and called it a day.  But their songwriting approach comes off a bit more ambitious than that, as the beauty of the violin is woven into the fabric of everything they do and it’s utilized in a way that allows for a good deal of variety.  As you might expect, to draw in the metal and hardcore crowd “Awareness” kicks things off on the heavier side, with chugging grooves and dirtier tonality that leads into a poppy chorus where the violin opens up the sound significantly.  But it’s not just brutality on the verses and soaring melodies on the choruses, as Shrinking Violet has just as many songs that slow things down a bit and lets the instrumentals mellow out.  “A La Cendre Et La Neige” in particular lets the guitars and violin harmonize with layered melodies that channel equal amounts of emo/post hardcore and even some 90s alternative rock.  Despite this being the debut there’s a high level of polish to the recording that isn’t always common this early on, and while there are a few of the heavier sections that make some of the songs blur together over repeat listens Mirizøn is already able to offer listeners something a bit more dynamic than much of the current metalcore genre.

While the instrumentals have a lot of stunning moments in both emotive melodies and crushing riffs, I did find the vocals to be a bit more hit or miss.  Part of the reason for this is that Mirizøn incorporates a wide range of vocal styles with multiple screaming and clean singing pitches, some of which hit the mark and others which don’t fully work.  “Awareness” gives you an idea of this variation fairly quickly with much lower screams/growls that open up into singing that soars into higher octaves alongside the violin.  It may be a personal preference, but I found that when the screams went for higher pitches they sounded a lot better than the lower ones which went for a much faster, almost nu-metal like cadence.  What did pleasantly surprise me was how strong the singing is though, as not only are there some rawer emo type vocals but when Martin Rambaud lets his voice really project outwards he channels that same room filling energy as some of the better alternative rock artists.

Mirizøn is at their best when they fully embrace the dynamic nature of their writing and blend much softer, emotional soundscapes with the crushing grooves and breakdowns of metalcore.  Some of their best moments actually come when they mellow out, and in this regard I think they still have some room to further differentiate the metallic parts of their sound to further distinguish them.  But the violin makes more of a difference than you’d think and given how much polish and energy they showcase this early on, this is going to be a band to watch out for in the coming years.  Shrinking Violet is available from M & O Music.