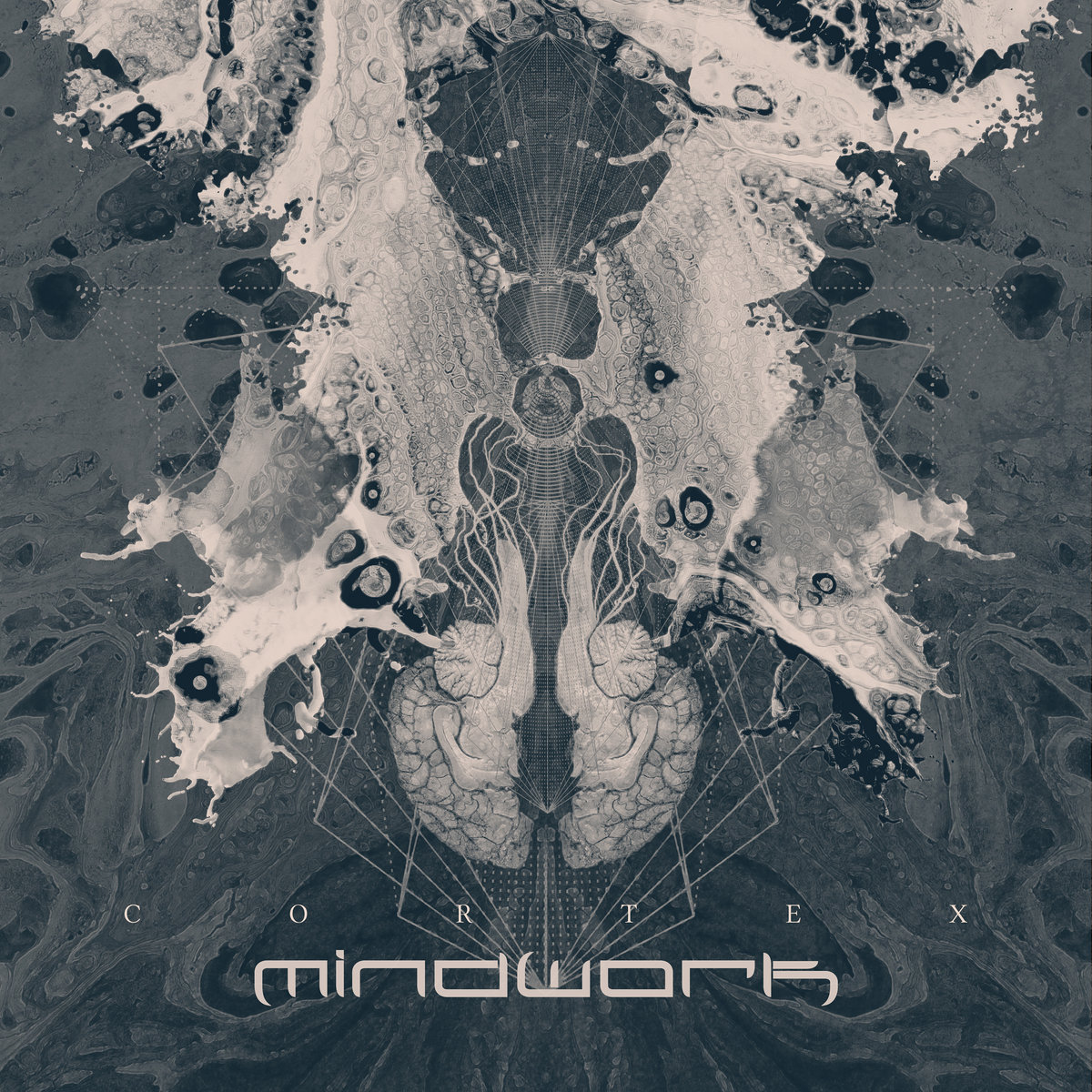 Originally formed in 2006 as a progressive death/thrash band, by the release of their second album Eterea in 2012 Czech Republic based Mindwork had already morphed into a progressive metal band with a death metal edge.  With jazzier elements and cleaner vocals dominating, it showcased potential for bridging the gap between the melodic and extreme sides of the spectrum, but Mindwork would end up breaking up a few years later.  In 2020 founding members Filip Kittnar and Martin Schuster decided to give the band another shot alongside two new members and have put together the Cortex EP which feels like a natural merging of their first two records while still pushing ahead.

Following an intro where piano, strings, and electronics create a much softer landscape that draws you in to Cortex, Mindwork launches into an assault on the senses with “Depersonalized”.  There’s a noticeable bite to the instrumentation right from the start, bringing back a bit more of the death metal side that its predecessor was less focused on.  By the mid-point the band has transitioned over to some softer jazzier exploration, which makes sense given that Bobby Koelble (ex-Death) appears as a guest on the track.  The remaining two songs provide this same balance between aggressive riffs and much softer, atmospheric moments with a healthy dose of jazz for good measure.  It’s a mixture that leans heavily into what later Cynic was offering at times, but also brings to mind progressive metal bands like Karnivool from the period before that tag basically equated to djent.  The jumps back into some more death metal style songwriting is a welcome one, as it allows Mindwork to give listeners twists and turns that have sharper edges alongside layered melodies that suck you right in.  Admittedly between the three main songs there are some similar patterns at work and it does feel like the band is hinting that there is further exploration and adventurous ideas still to come, but they’ve still given listeners plenty to get lost in here.

The vocals are another area where Mindwork pulls much more from the progressive side of the spectrum, though there are some harsher screams early on “Depersonalized”.  Martin Schuster’s ability to move between raspier screams that have a death/thrash vibe to them and much softer singing that brings in more of a prog meets alt-rock sound is one that is quite appealing.  While some in the genre have struggled with that transition over to cleaner pitches over the years, recently more and more progressive death metal bands have done a great job at offering both and Mindwork joins Exist in seamlessly moving between the two without losing any intensity.  The way the singing is layered helps the atmosphere considerably, and this is an area that continues to be an asset for the group.

Despite the eight-year gap, Mindwork shows renewed focus on this EP and gives listeners a perfect mix of the stylistic elements explored on their two full lengths while still shaking things up a bit.  They’re consistently able to find that sweet spot between jazzier prog, soaring atmosphere, and aggressive instrumentation, and while it does feel like the best is yet to come in terms of further experimentation and thinking outside the box there’s still a lot to like about what is on display.  Fans of Cynic will definitely want to check out Cortex, as it’s likely to stir up many of the same emotions.