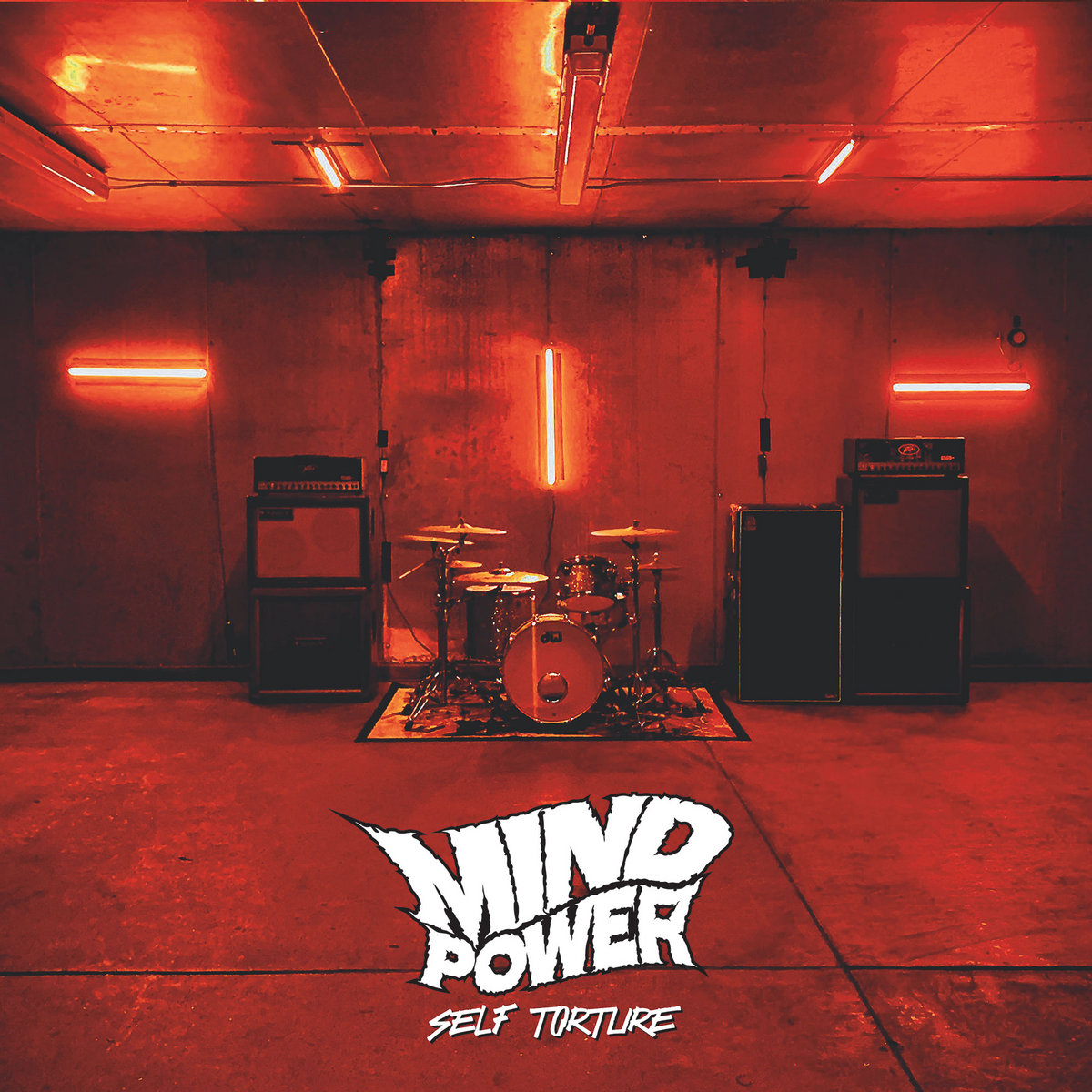 Self Torture
by Mind Power

Formed in 2015 by the ex-vocalist of A Life Once Lost alongside members that have been in bands like Ligeia and Dead End Path, Mind Power has put out a handful of smaller releases over the past few years but I didn’t come across them until recently.  After putting out an EP each quarter in 2019 that showcased the same type of crushing and groovy metalcore the members previous bands were known for alongside some more experimental elements, most of the songs from those have been compiled into an album called Self Torture.  Spread across eleven tracks, the material spends just as much time pulling listeners into darker and sludgy atmosphere as it does pummeling them with heavier riffs.  Despite originally being released in chunks, everything flows well from beginning to end and makes this a strong first showing for Mind Power if you missed these songs previously.

Usually I would talk about the instrumentals first, but in this case the vocals are worth mentioning first.  Robert Meadows has always had a very abrasive and chaotic scream/growl that made A Life Once Lost’s material stand out to me the first time I heard Hunter in 2005, and he’s continued this approach with Mind Power.  Opener “Thin Skin” finds him screaming at the top of his lungs over grooves that are immediately reminiscent of his former band, and Meadows once again has a way of matching up to the rhythms of the rest of the group that makes the vocals have even more impact.  There’s quite a bit of variation to the pitch, with transitions into almost spoken word that make it feel like you’re peering directly into Meadows’ psyche.  While his performance alone left a strong impression, Mind Power has also brought in a slew of guests to contribute to specific songs and integrated them in a way that suits the material.  With appearances from Rob Fusco (Most Precious Blood), John Henry (Darkest Hour), Cory Brandon (Norma Jean), Chad Kapper (Frontierer), and Chris Margarite (Time), there are some well-known names in the fray that help Self Torture have even more staying power.

Mind Power has trimmed things slightly, as a few songs from Q1 and Q2 didn’t make the cut here, but what they have included flows seamlessly and you wouldn’t know that these had appeared separately listening to the album blind.  What makes Self Torture so appealing is how well it balances the darker tone and atmospheric elements with the intense technical grooves and hardcore influences that you’d expect.  Rather than going in a psychedelic direction like A Life Once Lost was towards the end of their career, the melodies instead take a more emotive and sometimes sinister turn, drawing you in with moodier sections that lead directly back into the pummeling and jagged grooves.  It’s an approach that works, and considering that Meadows seems to be getting a lot of demons out based on the lyrical content it makes sense that the instrumentals would spend just as much time on moodier soundscapes as aggressive riffing.  Songs like “Mess” and the seven-minute closer “A Lingering Echo” go for a slower, sludgy build-up where much softer textures lead into immense climaxes, and this is an area where Mind Power distinguishes themselves.  Admittedly a few of the more traditional heavy leaning tracks do pull from some similar tricks and not all of them fully stand out, but the band’s willingness to incorporate these more ambient moments and move a little outside the usual confines of metalcore on the bulk of the material works quite well.

When I saw Self Torture announced towards the beginning of 2021 and saw the bands Mind Power’s members had previously been a part of, my first thought was “How did I not find this sooner”?  Thankfully the album serves as a great introduction and showcases that these guys can still hit the technical grooves and sheer anger of their past exploits while pushing towards some atmospheric and darker elements that make them feel different.  I think there’s still room for them to push these concepts even further and truly set themselves apart, but what a hell of a way to start.  Self Torture is available from Jump Start Records.