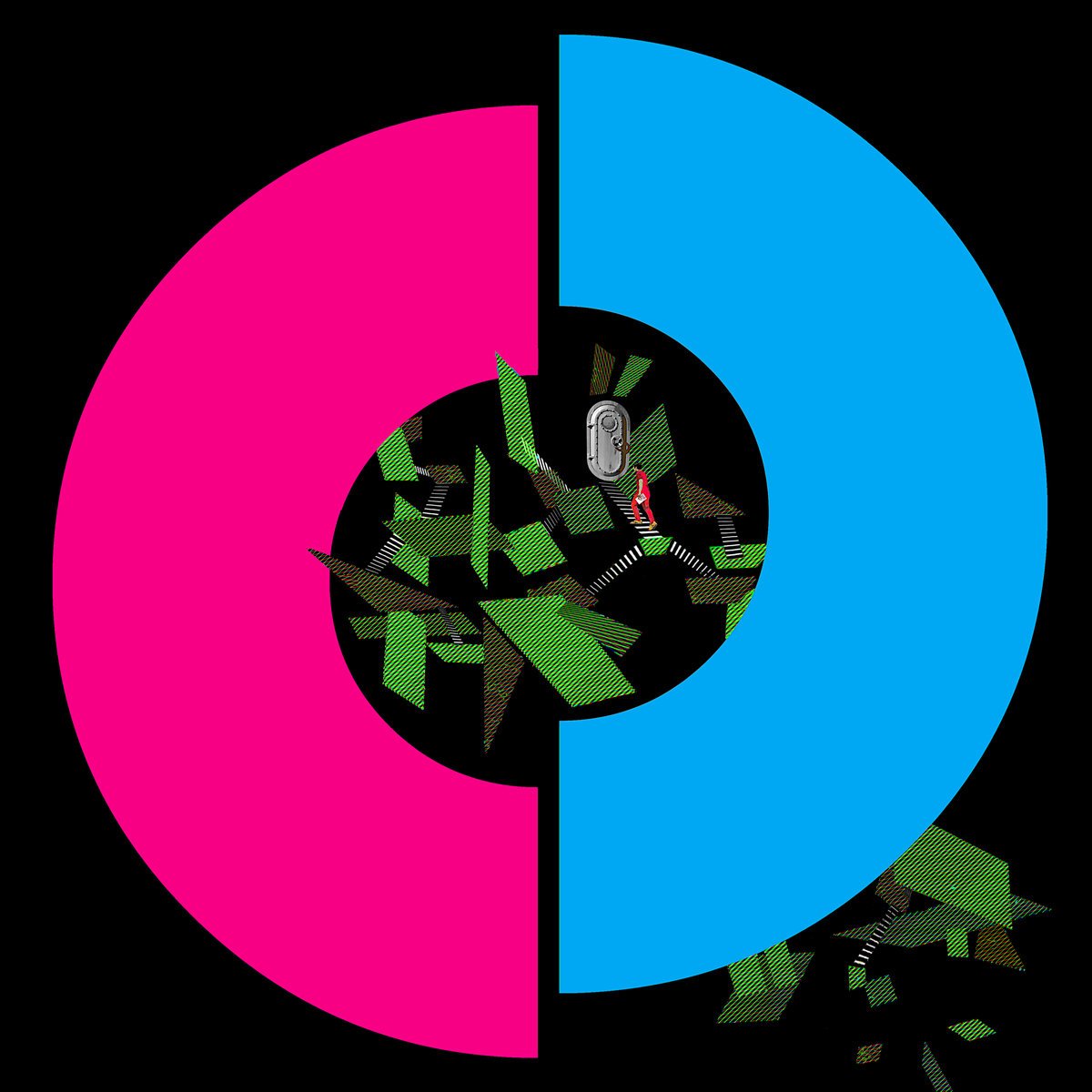 Fans of noise rock and no wave may have come across Pittsburgh’s Microwaves at some point, as the group has been churning out weird and abrasive material for the better part of two decades now.  My first exposure to them was a live show around a decade ago, which led me to dive into 2006’s Contagion Heuristic and 2012’s Psionic Impedance.  While I may have lost track of them in the years since, Microwaves has still been releasing material every couple of years and 2022 brought their latest effort Discomfiture Atlas.  Compared to their earlier days the sheer level of distortion and effects has been reduced slightly and there’s a bit more melody interspersed in between the bending and twisting riffs, but it’s still just as wonderfully weird.

While the core lineup of John Roman and Dave Kuzy has remained consistent since the group’s founding in 2000, they have rotated through some bassists and on Discomfiture Atlas Microwaves has re-enlisted previous bassists Adam MacGregor and Steve Moore (who you might know from Zombi).  What’s neat about this approach is they’ve split up duties here in half, so MacGregor plays on the first half and Moore takes over on the second.  Everything flows seamlessly and given that Microwaves fits into genres that historically were built around prominent basslines that works to their advantage here.  As mentioned earlier, if you compare this to their material from the past ten to fifteen years the biggest difference is that there’s a bit less layers of harsh distortion and it’s a bit easier to make out the details. That doesn’t make the songwriting any less abrasive or weird though, as the angular riffing of noise rock and post punk are in full effect here and songs tend to lurch forward and backwards in unpredictable ways.  Sometimes it comes off a bit more introspective and subdued, as though you’re on an alien planet just surveying the surroundings, and then other moments come blaring through like said alien life has now found you and shit has hit the fan.  Microwaves also has hints of metal to their sound, as the tonality and ebb and flow of the riffs has a lot of Voivod to it, but it never fully transitions over to full-on metal.  “Your Dumb Guts” also may be one of the most accessible and oddly catchy tracks the band has written, as while it still is downright weird and has some unexpected transitions the main riffs give off more of an alternative rock sheen.  Given the short length of many of the songs, a few do fly by without fully sticking, but there are still quite a few hooks beneath the layers of noise and constantly shifting instrumentation.

The vocal work is where more of the post punk and off-kilter vibe comes through, as even when the singing/talking is restrained it still has a strange, alien feel to it.  Kuzy and MacGregor trade off on singing throughout Discomfiture Atlas, and there’s quite a bit of variety to what they have put together.  Opening track “The Last Planet” has moodier, whispered singing/talking, while “Clinical Horizon” has wailing and spoken word together that sounds like a psychotic breakdown.  Later on, there’s some screaming and all variations of other singing, and it’s never quite clear just what Microwaves is going to throw on you.  “Your Dumb Guts” even throws in Steve Moore singing, and his melodic approach is the closest the band might have ever come to a pop hook.  It’s a lot to take in, but that just makes everything more interesting as you try to unravel it all.

Some of the songs come and go without truly sticking with me but given the short length Microwaves’ latest is easy to consume from beginning to end and proves to be another wild ride from this group.  They may not be quite as loud and in your face all the time compared to earlier in their career, but they’re just as weird and unpredictable.  If you’re a fan of noise rock, post punk, and everything in between that is just a little different, this is worth giving a listen.  Discomfiture Atlas is available from Three One G.