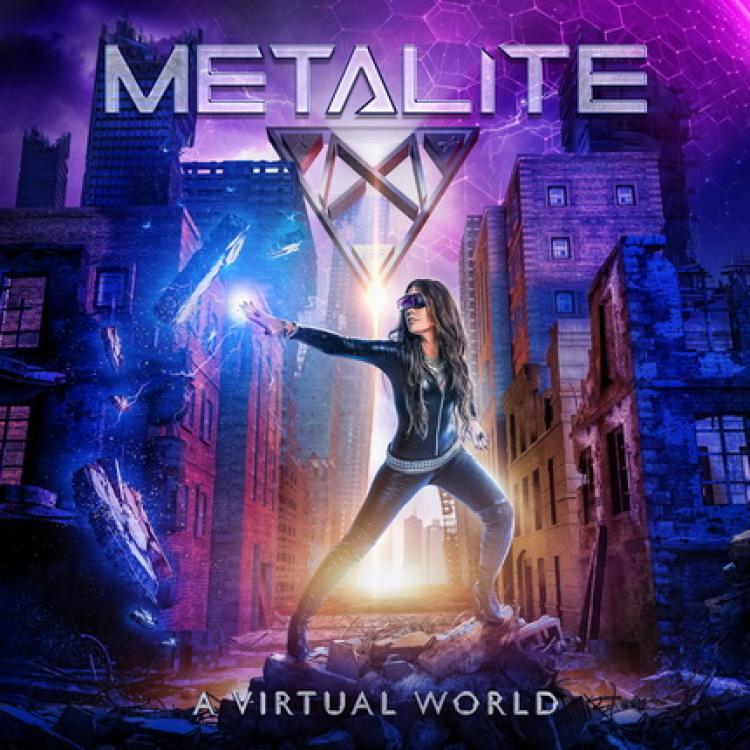 A Virtual World
by Metalite

A review of Metalite and their new album A Virtual World via AFM Records. Metalite is a relatively new Swedish power metal band  previously known for albums Heroes in Time in 2017 and Biomechanicals in 2019. A Virtual World is now their third album and the second to feature new vocalist Erica Ohlsson. While I was not previously aware of the band, or even a big fan of power metal in general, it came to me at a time I was just in the mood for something fun with a lot of energy, and boy do they deliver on that promise a la Dragonforce. Also stick around for a shout out to Sirenia and their new album Riddles, Ruins & Revelations via Napalm Records. Sirenia are a Norwegian symphonic metal band now with 10 albums under their belt since their inception in 2001. This is the follow up to 2018's Arcane Astral Aeons.