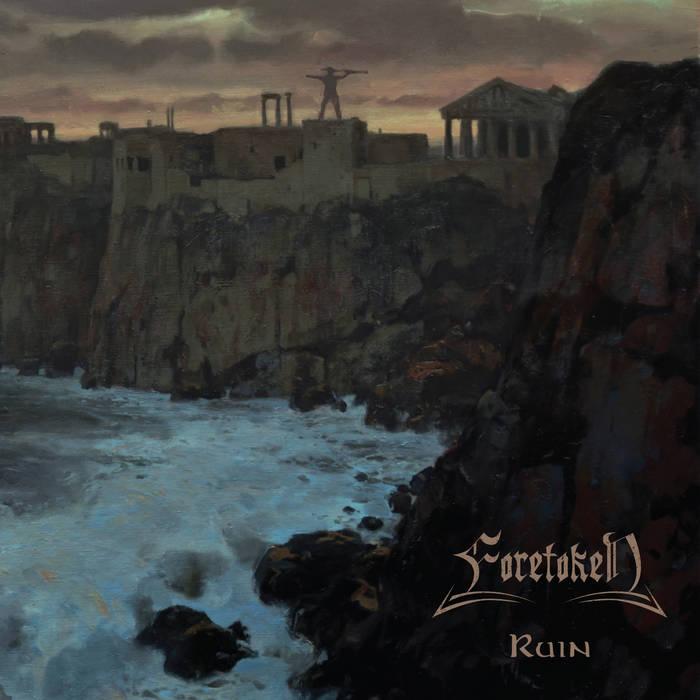 What I Like: Foretoken was introduced to me as a melodic death metal band, but I challenge you to listen to the ominous opening tremolo lines of "Bewildering Duress" and not think of Storm Of The Light's Bane. Between this, the raspy vocal style, and ghostly atmosphere of the synths; this very much feels like a black metal record that just so happens to have some Gothenburg-y elements attached to it. And speaking of the vocals, the devil-may-care way in which Dan Cooley spits each syllable of the mythology-ridden lyrics also gives me some mild Carach Angren vibes tempered once more with classic bands like Dissection and Sacramentum. But the real star of the show here is the guitarwork. Especially on the first two tracks, Steve Redmond absolutely kills it with malicious tremolos, soaring harmonies, and chugging melodeath palm muting. My personal favorite, "The Retribution," also has a part just after the 3 minute mark that would make Iron Maiden blush with its thrash and heavy metal inspired triplets transitioning into a jaw-dropping harmonized solo. Pair this with Steve's equally exemplary work on the orchestral compositions and the addition of Triptykon, Hate Eternal, and ex-Obscura (just to name a few) drummer Hannes Grossmann and you can expect a serious thrillride of accomplished musicianship.

Critiques: There are only two things that ultimately pull this album's score down for me: song length and some of the vocal choices. The former is a simple case of biting off more than the band can chew. As impressive as many of the compositional elements can be, longer tracks like the 10 minute plus "Hamartia" and "Indelibility of Iniquity" get a bit repetitive for me after the halfway mark. Which is a shame considering how strong they open. As for the vocal issues, Dan is mainly trying to jam way too many words into each measure. It definitely feels like he wrote out these epic, almost Homeric mythologies in advance and then rather than tweaking them to fit the music just chose to belt out every single word regardless of whether they fit any sort of logical cadence...That's a mouthful.

The Verdict: Even with these relatively mild shortcomings aside, Ruin is a fantastic record from a very talented trio of musicians. It has some of my favorite blackened performances of the year and its emphasis on riffs should be a serious selling point to the guitar enthusiasts out there.