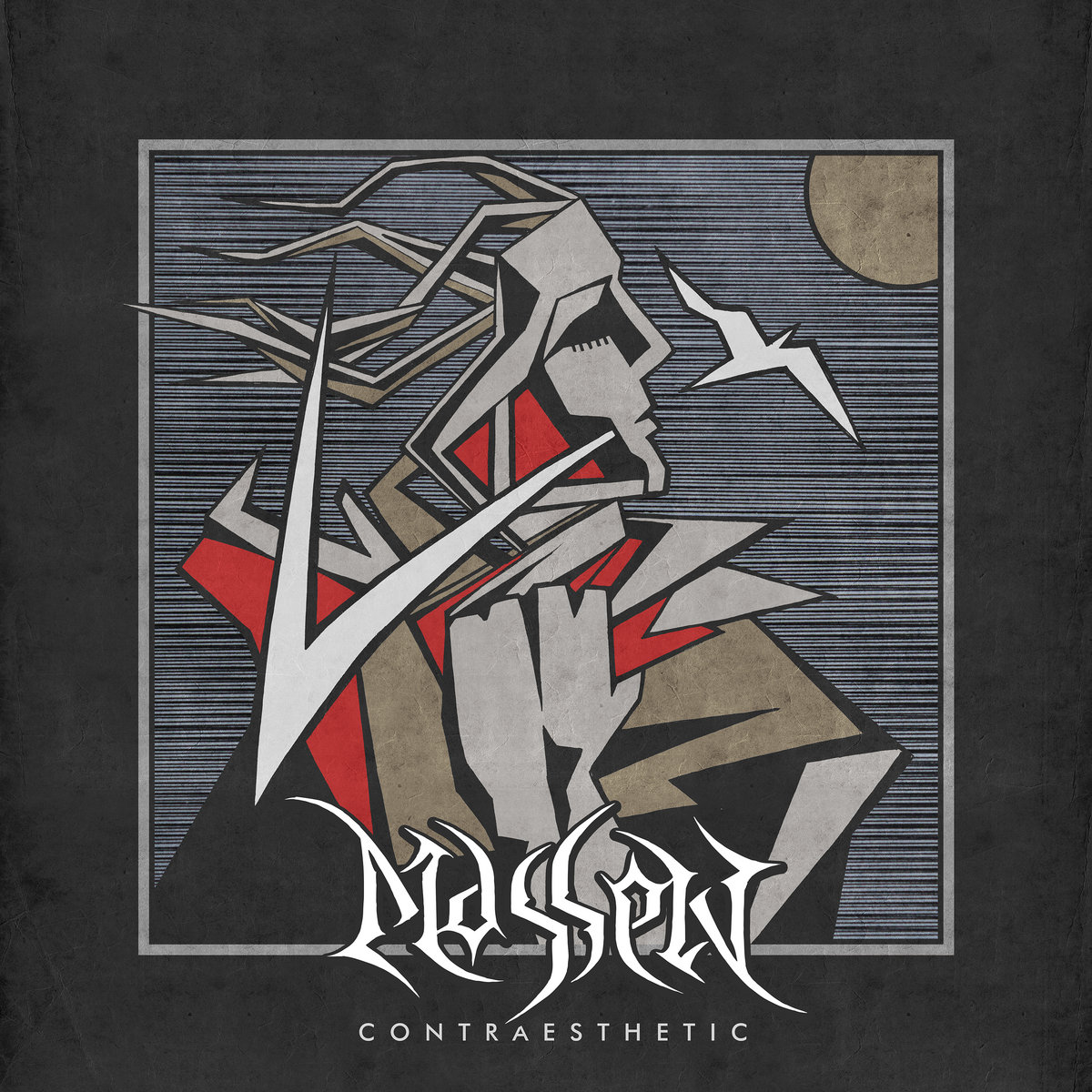 While Belarussian metal band Massen may appear to be brand new at first glance, their roots go back nearly sixteen years.  Originally known as Massenhinrichtung, the group began as the solo project of A.E.O.N. before expanding into a full lineup and put out three full lengths and some EP’s/splits.  I first heard Massenhinrichtung on a split with Raven Throne back in 2012, at which point they were a pagan black metal band.  The reasons for the re-branding haven’t been provided, but my guess is with the change to a more widely distributed label a name that translated to mass execution maybe wasn’t seen as the most marketable.  But regardless of that, the name change has also brought about a more experimental approach to extreme metal that takes the pagan black metal and folk elements of before and adds in melodic death metal and a whole slew of other styles.  As a result, the band’s debut under the name Massen, ContrAesthetic, pushes them into new territory that is filled with one hook after the next and is sure to gain them some newfound popularity.

The first taste of this new approach came in the form of 2019’s “Адлегласці (Distances)” single, and since then Massen has only seemed to refine their songwriting further.  One of the most prominent elements throughout ContrAesthetic is the violin, and while past albums sometimes featured violin as a guest appearance here it’s woven into the fabric of the material.  Using the somber melodies of the violin alongside the usual distorted guitar and bass, this group encompasses almost every side of extreme metal in a compact package but has the hooks to go with it.  Instrumental opener “The Edge” has airier guitar riffs that have a bit of a prog edge to them, but once Massen unleashes “Cold Clouds” the sound turns into a combination of folk metal, black metal, and melodic death metal.  The songwriting isn’t quite as genre defying as some of the others that have branded themselves as avant-garde, as you won’t find anything overtly weird here, but the way that the instrumentals function as chameleons and hop between sub-genres from one minute to the next gives them an edge.  Songs like “A Step to Silence” incorporate some D-beat and punk influences only to transition over to more methodical and grandiose instrumentation by their conclusion.  It’s hard to balance the hooks of melodic black/death metal with more adventurous songwriting, but Massen pulls it off and at only thirty-five minutes in length ContrAesthetic is able to stay engaging from beginning to end.

As you’d expect from a band that’s interested in keeping a balance between melody and abrasive elements, the vocals encompass a wide range of styles.  “Cold Clouds” greets you with very raspy screams that have an immediate black metal feel, only for female singing to come in a few minutes in that gives a bit of a symphonic edge to the material.  This is where some of the pagan elements that were present in Massenhinrichtung still break through, and the contrast between the screaming and singing works to draw you in on each song.  Alongside the violin work, ContrAesthetic presents a significant amount of beauty alongside aggression and that makes it stand out for me.

Massen may not be quite as out there as the avant-garde tag on their label’s Bandcamp sometimes suggests, but they are hard to pin down.  With the change in name they’ve shed the more traditional pagan black metal elements in favor of a cocktail of almost every type of extreme metal and have still managed to keep the material diverse, yet hook driven in the process.  There’s still room to take the concept even further but I can’t deny that these songs have brought me back again and again, making this a surprise must listen of 2021.  ContrAesthetic is available from Apostasy Records.