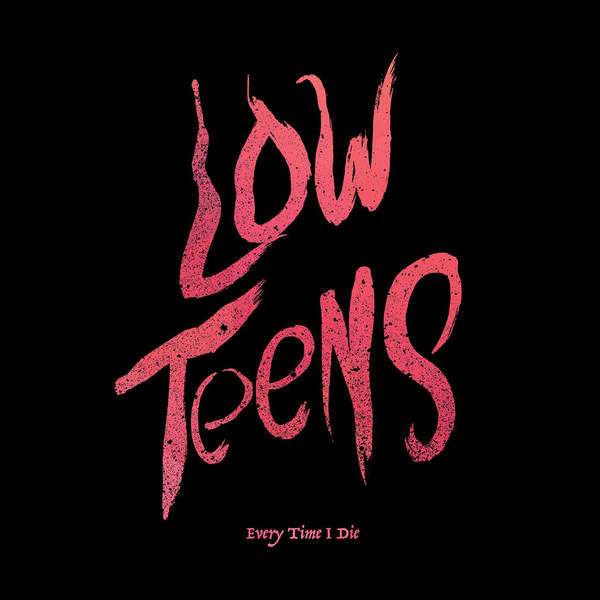 Low Teens
by Every Time I Die

Nobody does Southern-fried hardcore like Every Time I Die.  I'm not even sure that was a thing before they came around.  Hailing from New York, but sounding straight out of Texas or Nashville, the band has returned once more with Low Teens.  I assume the title is another double entendre pretty typical of frontman Keith Buckley.  I've been a supporter of the group all the way back to roughly 2004 when I first sampled Hot Damn! at my local record store.  However, I haven't been quite as impressed with their material post New Junk Aesthetic (their best album imo).  Can Low Teens win me over?

Well they haven't lost me, but it's not exactly a comeback.  I contend that this album falls somewhere between the quality of Ex Lives and From Parts Unknown.  In a nutshell,  the band continues to struggle with living up to the consistency and humor of their early work.  I don't want to bash the guys at all; Keith just had a baby and the guys are all getting older.  I know well what that can mean for time spent on creative outlets.  I just miss some of the wordplay hooks that used to draw me in immediately.

I literally used to laugh out loud to the lyrics; a huge grin on my face as I pounded out the drums on the dash. Low Teens has it's moments, but they never reach the same zenith.  "Fear and Trembling," like many of these tracks, took a few listens to grow on me, but it serves as a nice opener to the album with its oddball guitar riffs and pacing.  Of the initial singles, "The Coin Has A Say" was my personal favorite.  Tons of infectious energy in these riffs, and screaming "Metallica without the drugs!" never gets old.  I also really dig the melodic portions of "Religion of Speed."  I can't recall ever hearing acoustic and organ on an ETID song and the chorus feels very reminiscent of "Apocalypse Now And Then."  Finally, "It Remembers" is a surprise winner despite being more of a blues track with a vaguely Queens of the Stone Age vibe.

But if there is one song you should hear from this album, it's the closing track, "Map Change."  Every release from this band has tended to have a "that track" that leads to some truly epic sing-alongs.  For me, the last few were "Moor," "Revival Mode," and "Wanderlust" respectively.  "Map Change" is definitely that track, and it is unique to the rest of the album in that it is the only track that carries an emotional charge for me.  While much of the band's style is played very tongue and cheek with plenty of venom, this one sounds super personal; possibly more than ever before.  The chorus is extremely catchy, but also feels a little sad.  "The ship is going down with the captain...oh oh!" sings Buckley.  I get entirely caught up in the final build, and it's a beautiful thing.

So overall, Low Teens is far from a bad album.  There are highly enjoyable moments, even if some of them take a few listens to grow on you.  I just wish we could ditch some of the filler.  "C++," despite the awesome bass and drum intro, just feels off, and "Awful Lot" and " I Didn't Want To Join Your Stupid Cult Anyways" just don't do it for me.  Generic hardcore that despite its technical edge fails to hit its mark.  Others like "Petal" and "Gitches" are certainly ferocious, but still never connect with me on the same level as past songs like "Pigs is Pigs," "Ebolarama," or "The New Black."  In terms of more recent releases from similar bands like Trap Them, Great American Ghost, and Yüth Forever; I would place Low Teens near the bottom.  But if you're a hardcore fan of ETID like me, this is certainly worth a listen and worthy enough of the shelf albeit at a lower status.