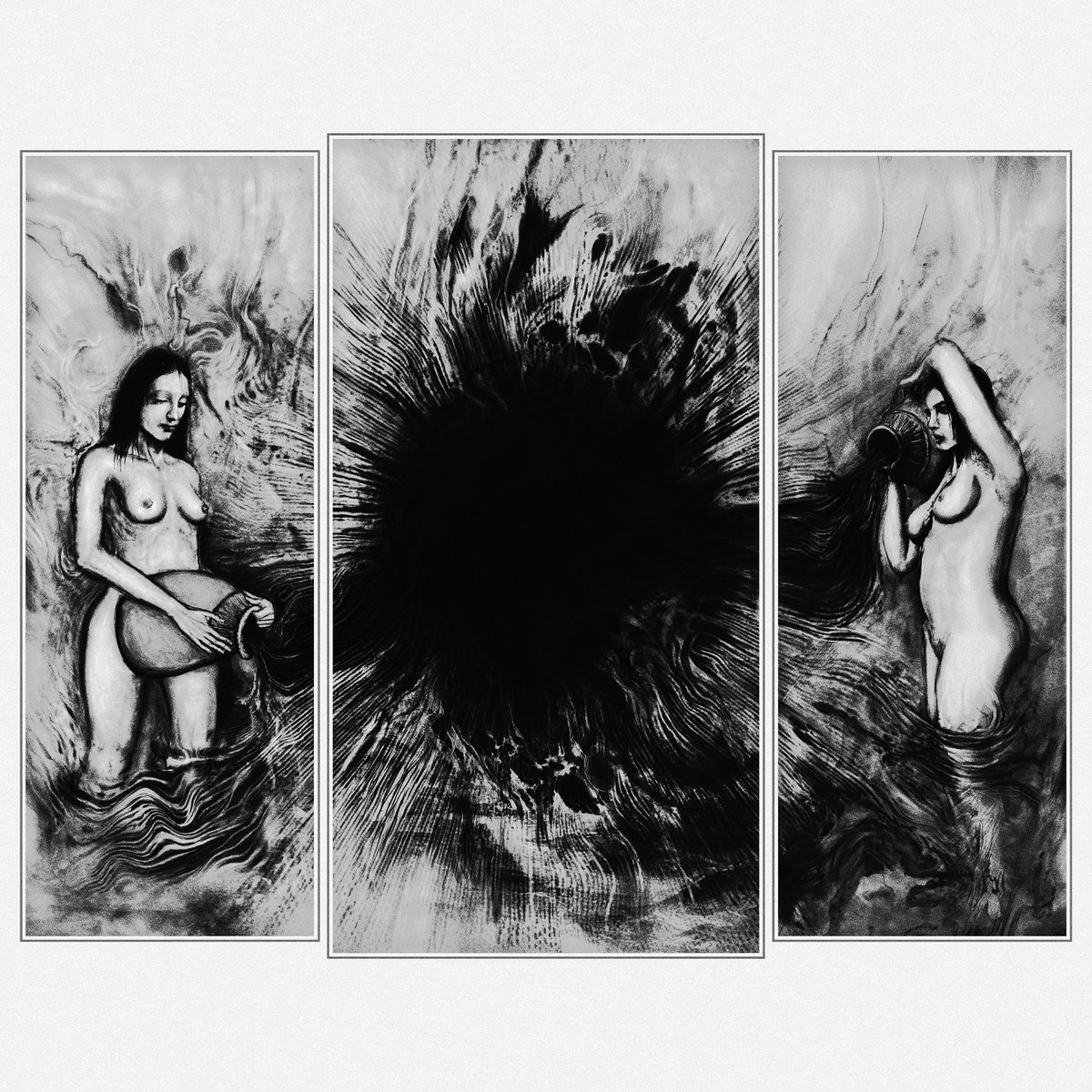 Over the past ten years Icelandic black metal really exploded in popularity throughout the underground, thanks to prominent bands like Svartidauði and Misþyrming with plenty of others waiting to be discovered.  Compared to a lot of others that are regularly releasing material, Icelandic bands have tended to take their time and have longer gaps between albums or EP’s.  Which brings us to Mannveira, who formed in 2010 and has members that are in groups you may have listened to before like Naðra, Abominor, and Andavald.  After putting out an EP and split between 2014 and 2016 they’ve been quiet for the past few years, finally unleashing a full length titled Vítahringur.  It may sometimes fall a bit too closely to the approach that others from their country have adopted, but the level of polish and tense atmosphere on display still make this a compelling listen for those that like the style.

Vítahringur comes in at a compact thirty-five minutes, but it utilizes that span of time well by favoring slower and methodical build-ups.  A lot of the Icelandic black metal I’ve heard over the past ten years has either opted for raging blasting and density right from the start or taken its time to create tense and pitch-black atmosphere before unleashing more violent bursts.  Mannveira certainly favors the latter, letting darker melodies ebb and flow over the recording until they explode into a torrent of scorching riffs that feel like its raining volcanic ash down on the listener.  Sometimes the tempos are slow enough that they even channel a little bit of doom, though the tonality remains firmly entrenched in black metal territory.  It’s highly polished and given the brief run time it never feels like the band is stretching their build-ups out too far, but the one issue I did have with this release is that the tools it uses end up feeling just a bit too similar to other Icelandic groups.  Don’t get me wrong, the utter dark and bleak tones are appealing and there are some intense peaks, but Mannveira hasn’t fully developed an identity that truly sets them apart from their other projects.  There are hints of differentiating elements, such as the almost tribal sounding rhythms at the beginning of “Í köldum faðmi” and the subtle bursts of electronic feedback that add to the creepiness of the instrumentation, and I think if the band continues to build on nuances like this they’ll stand out even further in the future.

The vocal work is an area where Mannveira immediately caught my attention, as Illugi has a raspy scream/growl that has enough distortion to it that you feel like you’re hearing something lurking beneath the depths of the earth.  This is particularly true on “Í köldum faðmi” where early on Illugi sounds like he’s off in a dark cave and the chants/screams are reverberating throughout the entire recording.  It’s easily one of the creepiest and tense couple seconds I’ve heard on a black album in recent memory, and the rest of the performance is able to replicate this same sense of tension without wavering.  Icelandic black metal continues to have some of the darkest and powerful vocal performances, and Mannveira doesn’t disappoint in this regard.

Don’t get me wrong, Mannveira has clearly used the past five years to further polish their material and make their build-ups and attacks precise, and anyone that has been drawn into the dark and ominous nature of Icelandic black metal will find plenty to like on their debut.  But there are quite a few similarities between their hints of twisted melodies and methodical approach that remind me just a bit too much of some of their other countrymen, and this is where I think the group still has room to further expand outwards towards their own path.  Hopefully it won’t be another six years to find out though, as this is a strong foundation that is likely to lead to some great things.  Vítahringur is available from Dark Descent Records.