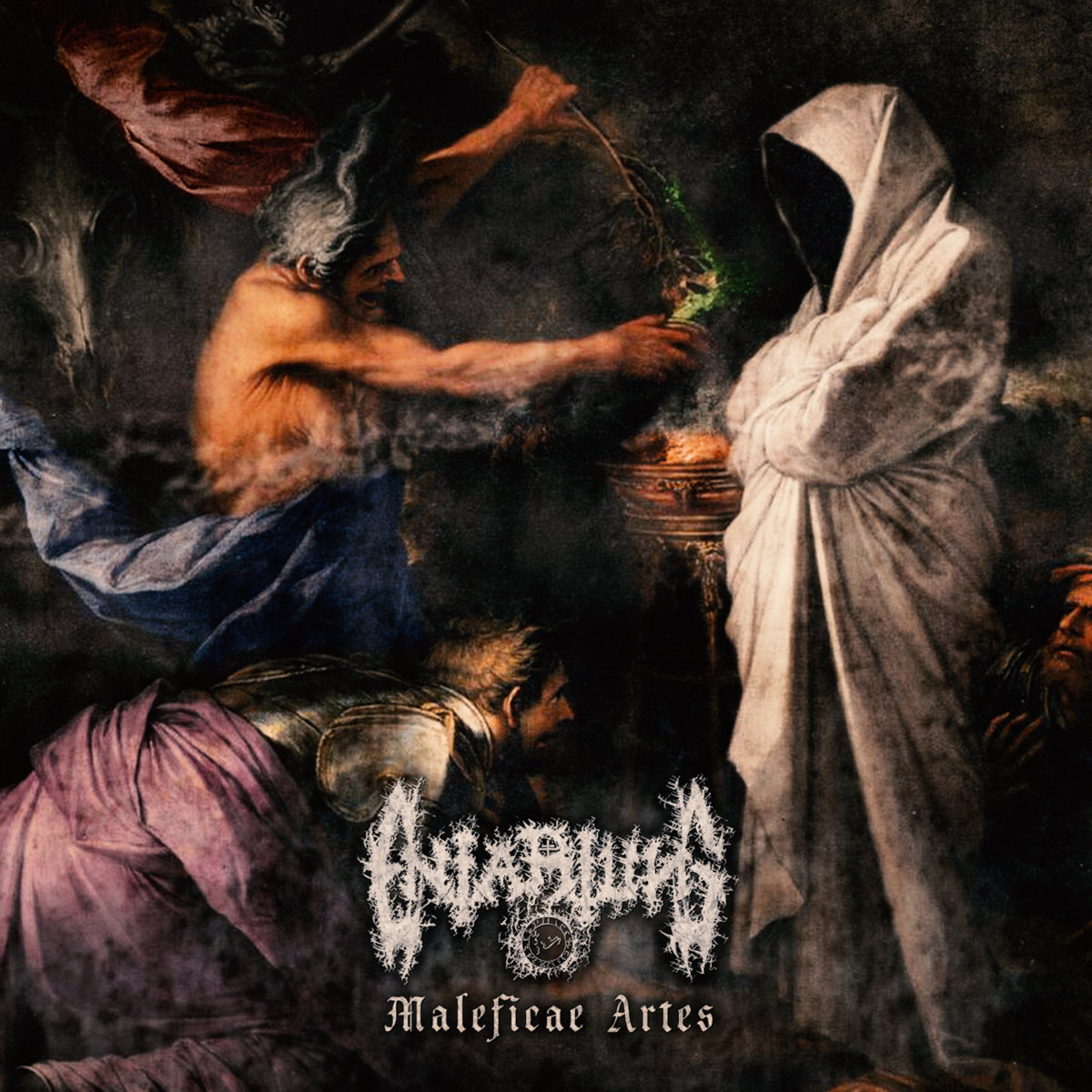 Germany’s Entartung has been putting their own spin on the traditional black metal since 2011, with their music often emphasizing droning riffing that created a thick and chilling atmosphere.  For their fourth full length Maleficae Artes the trio has expanded and refined the sound they established previously, offering a more compact listen that emphasizes longer track lengths that provide quite a bit of twists and turns.  Coming through with even more polish and attention to detail than before, this album may not stray far from genre conventions but it has all the elements needed to draw in the discerning black metal fan.

Entartung has certainly been no stranger to lengthier tracks, as each of their previous albums have had songs that averaged the seven to eight-minute mark.  That’s been expanded upon throughout Maleficae Artes, as it has two lengthy songs on each half with a short interlude in between that provides a brief respite from the abrasive riffing and thick atmosphere.  With the emphasis on writing that sprawls outwards naturally, it allows the band equal amounts of time to bludgeon listeners with blasts of jagged and icy riffing as well as softer, introspective moments that still retain significant amounts of darkness.  “Tower of Silence” opts to start the album off with the former, launching right into faster tempos and riffing that falls somewhere between the Norwegian and Finnish variants of the genre only to slow things down around the halfway point and let the atmosphere start to build.  Entartung continues this approach throughout the material and compared to what I remember of their earlier material the transitions over to the softer moments feels more natural and fleshed out than before.  This is best demonstrated on “Bortförd” and “Aufruhr MDXXV”, the two tracks that continue to stand out the most upon repeat listens.  The former incorporates acoustic guitar work that has a slight folk/pagan tinge to its approach, while the latter is drenched in eerie keyboard melodies that feel like they’re sending you off to some unknown ritual.  Admittedly the familiarity of some of the riffing still results in some moments not quite standing out, but Maleficae Artes finds the group reaching some of their highest peaks yet.

One area where Maleficae Artes has a considerable amount of variation is in its vocal work.  Initially the vocals start off with raspier screaming that’s high in pitch, reminiscent of fellow Germans Endstille from the time period when Iblis was fronting the band, but they move up and down the spectrum as the album progresses.  There’s also quite a bit of emphasis on singing and chanting, which Entartung tends to utilize during some of the slower moments in a way that enhances the thick and tense atmosphere.  Sometimes when black metal switches over towards these ranges it feels like an afterthought and doesn’t have the same level of intensity, but that isn’t the case here as “Bortförd” relies heavily on sung passages and they feel just as immense as the harsher ones.  It’s evident that no matter where the vocals head, they retain the complete darkness and dread that the band can conjure with their instrumentation.

This is a band that’s always been rooted in channeling what made second-wave black metal so appealing a few decades back, and as they continue to branch out slightly they’ve still maintained that aesthetic.  Where their first two albums felt very Finnish in tone, this latest release feels just as German rooted as it does Scandinavian with how its acoustic interludes and darker melodies channel imagery of arcane rituals and the unknown.  Although it’s a familiar approach, Entartung has refined their sound and provided plenty of subtle nuances to draw listeners in, making this their best effort yet.  Maleficae Artesis available from Dunkelheit Produktionen.