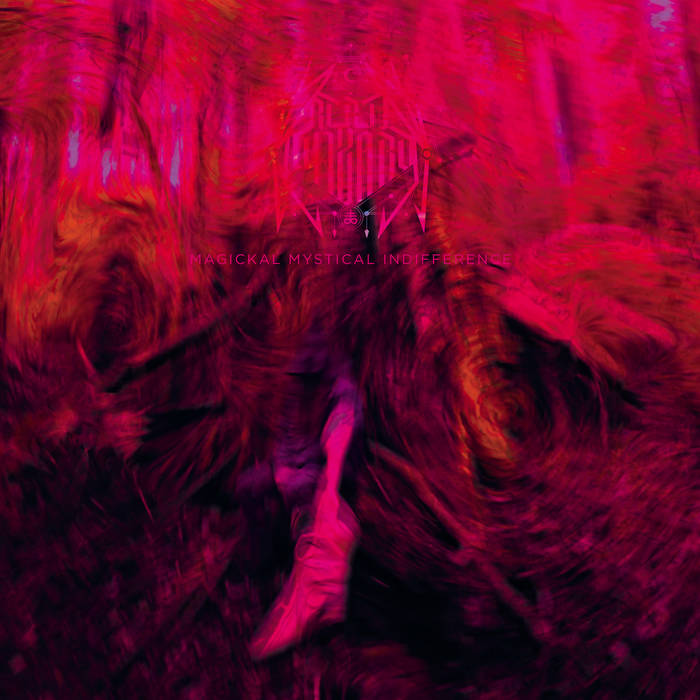 What I Like: I've been following this quirky Melbourne, Australian project since its early EP's in 2016, and it's been fun to watch it blossom from relative unknown status to increasingly more high profile signings. As always fusing the classic guitar sound of Iron Maiden and Judas Priest with raw and often indecipherable black metal vocals, this purveyor of "negative wizard metal" always waves the flag of the almighty riff. Clearly mastermind NKSV never left the 80's, because these hooks sound as if they came out of some alternate history where Randy Rhoads never died and Rainbow still rules the airwaves... and also everyone records their vox through a shitty CB radio... or gasmask.

And aside from these same tricks that we've heard on previous outings, Magickal Mystical Indifference also engages in some experimentation with slower tracks like "not rain but the wizards tears" and even a pure ambient string arrangement on "love wisdom everything nothing." These additions help the usual hellfire of axe worship shine even brighter due to the enhanced dynamics that come with them. I'm also happy to hear the production has shift back to that of the early releases, emphasizing a fuller guitar sound that really highlights their true glory.

Critiques: I still feel like there is room in the songwriting to build that cohesive, standout album that really rises to the top as opposed to feeling more like just a collection of (undoubtedly awesome) riffs.

The Verdict: Magickal Mystical Indifference is easily Rebel Wizard's best effort to date, but unfortunately one that would be easy to miss. If you dig original genre mashups, new takes on old ideas, and above all, killer riffs, do yourself a favor and grab this one right now.

Flight's Fav's: upholdeth all that fall, you are being lived, magickal mystical indifference