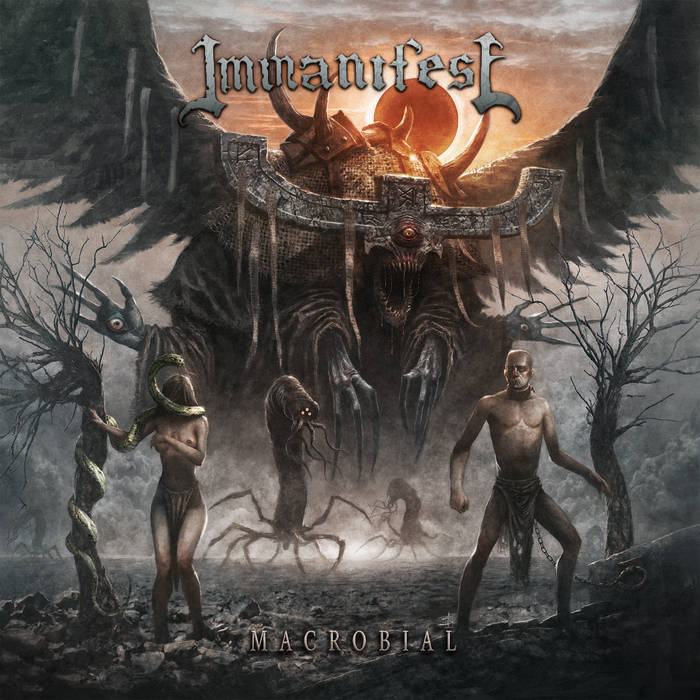 What I Like: Immanifest are the perfect union of brutally proficient death metal with symphonic black metal atmosphere. Think Inferi meets Emperor. Dissection-esque melodic harmonies join forces with icy cold synths to craft a sound that is seriously imposing. And as seems to be a requirement of bands on The Artisan Era roster, the musicianship gets pretty darn technical as well. There are some particularly fun Within The Ruins-esque parts on "Emissaries of Ikhenaton"... that is before things take a spontaneous left turn with clean vocals and an epic Between The Buried And Me sounding guitar solo. "Jahbulon's Labyrinth," on the other hand, goes almost full Fleshgod Apocalypse with some killer harpsichord. In other words: lots going on here. Macrobial is a seriously dynamic album that does an excellent job of keeping things fresh and interesting while still maintaining a cohesive concept.

The Verdict: A REALLY strong debut album from an exciting new band. Every time I think I've heard the best new death metal in 2019, a band like Immanifest comes around to turn up the heat even more. It's going to be interesting to see year end lists given all of the strong contenders right now. Do not sleep on Macrobial.