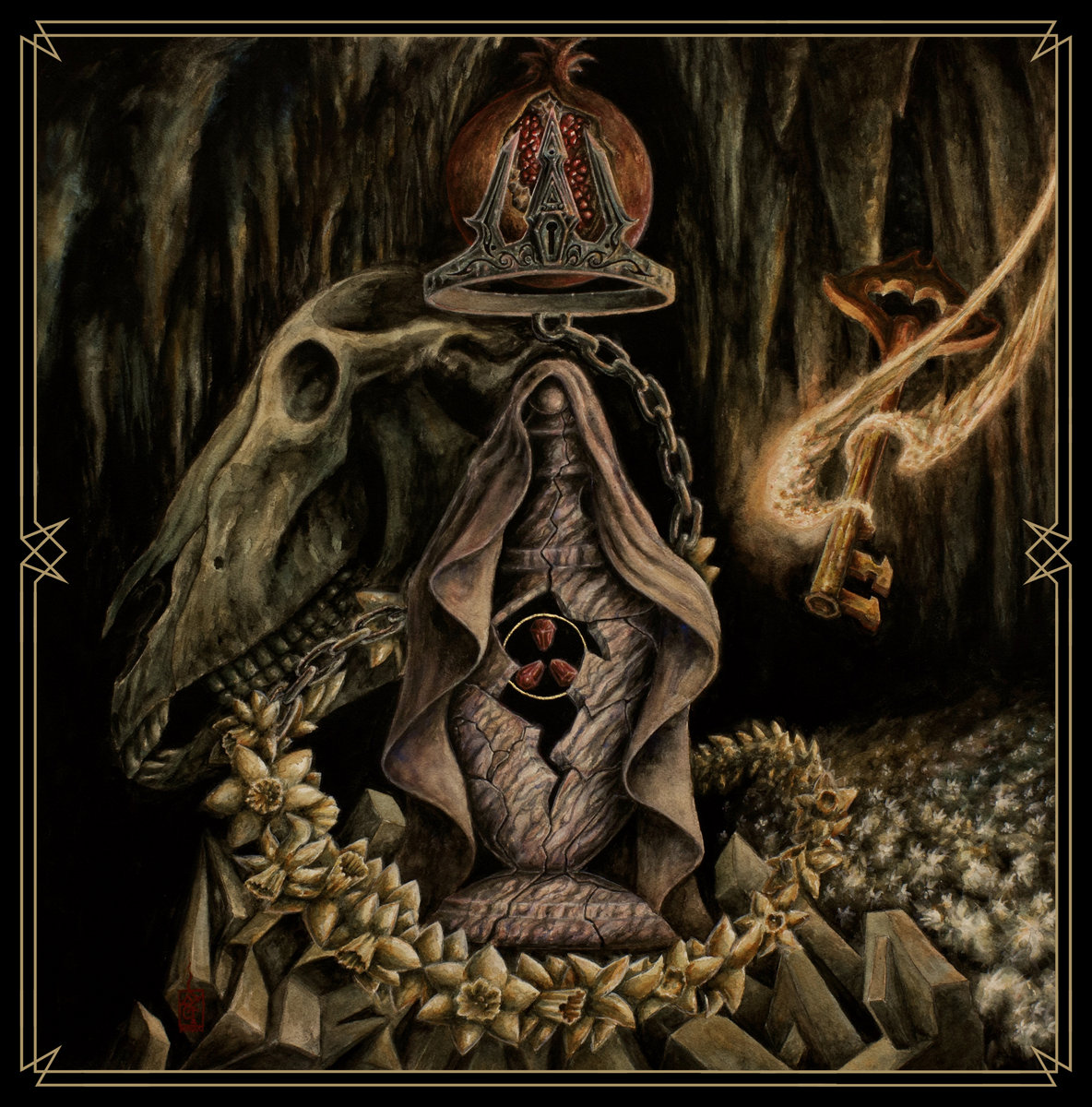 The bands associated with the Helvetic Underground Committee have been responsible for some of the densest and haunting black and death metal in recent memory, often showcasing a more ritualistic and thematically diverse take on the genres.  This holds true for Lykhaeon, who started off life closer to the traditional end of black metal, but following some lineup changes they’ve moved towards dense and methodical black/death metal.  Founder Kerberos has also gone through some similar transformations with his other group Dakhma, but where that project focused on Zoroastrian rituals Lykhaeon explores Greek mythology on their latest effort Opprobrium.  Although there are notable similarities between the two bands given their grandiose yet methodical approach to writing, Opprobrium finds its own ways to differentiate itself and gives listeners powerful and destructive soundscapes to dive into.

Kerberos has a knack for writing songs that have plenty of tense, methodical build-ups that still provide enough twists and turns to justify their length.  That holds true throughout Opprobrium, and for those that have spent some in-depth time with Dakhma’s 2018 effort Hamkar Atonement you’ll notice similarities in just how dense and haunting the material is.  But there are quite a few differences that allow Lykhaeon to stand on its own, the first of which is the tonality.  Where Dakhma had a very heavy and lower tuning that sometimes approached the Earth-shattering capabilities of Teitanblood, there’s a bit more space here that allows the melodic elements to flourish, and the black metal side of the sound is more pronounced.  Additional melodic and choral elements are woven into the layers of aggressive riffing, almost giving off a symphonic feel without approaching the cheesier nature that is symphonic black metal.  There are a lot of subtle nuances that don’t stand out on first listen and requires listeners to peel back the layers to really get a feel for, but the prominent guitar leads are sure to entice many to give the album that in-depth attention.  Despite black and death metal sometimes drawing ideas out for too long and not justifying longer lengths, songs like “A Stain Upon Celestial Rule” demonstrate that Lykhaeon is able to keep things engaging for these longer spans.  That track in particular begins with pummeling instrumentation that gives way to some slower and tense passages, culminating in multiple peaks where the haunting and otherworldly melodies come through with enough power to make it feel like they’re coming from the tallest mountain tops.

Opprobrium explores the tale of Persephone but run through a much darker filter than you may have heard from other music that has explored this story from Greek mythology in the past.  Kerberos and Meister T. trade off on vocals throughout the album, and their performances are one of the highlights for me.  Each verse seems to have been given the same attention to detail as the layers of instrumentation, with heavily distorted screams and growls turning to ominous whispers and other pitches unexpectedly.  Add in the aforementioned chants that weave in and out of the layers, and you have a listening experience that comes through sounding genuinely otherworldly and spine chilling at times.  “Descent Into Ruinous Splendor” is a great example of Lykhaeon’s vocals at their best, as extremely distorted and violent screams move into downright inhuman sounding growls.

Like some of the other dense and sprawling black/death metal, this is the type of album that draws you in with particular guitar leads and melodies but doesn’t fully reveal all of its secrets until a few times through.  The melodies bring forth the type of grandiose and soaring peaks of symphonic black metal but run through a more traditional base, sometimes channeling the type of twisting and turning instrumentation of the Hellenic bands, which makes sense given the subject matter.  Although I think the ritualistic interludes and bottom-heavy tonality of Dakhma stand out just a bit more, Lykhaeon still provides plenty of substance that fans of either sub-genre will want to seek out.  Opprobrium is available from Repose Records.