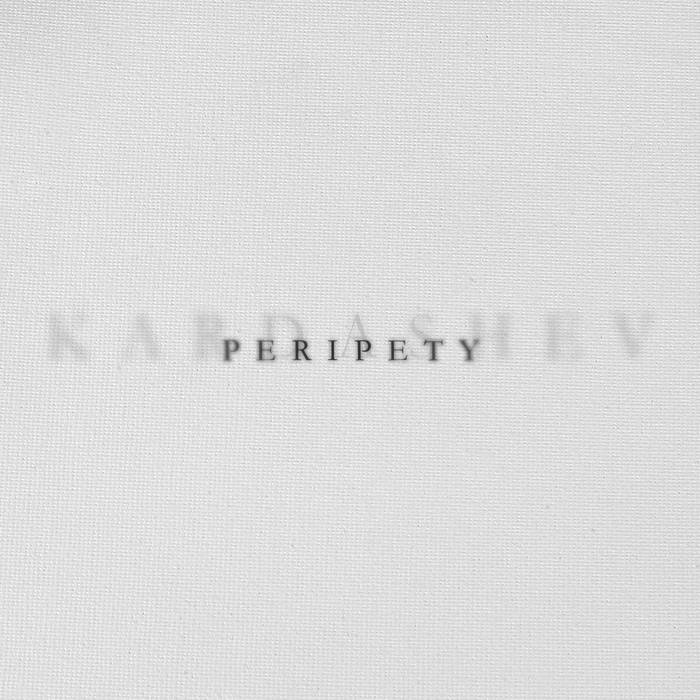 I had never heard of Tempe, Arizona metal group Kardashev prior to about two weeks ago. I had not seen much in the way of major promotion, but a few mega fans on the various sites I stay connected with kept pitching the name as a highlight for the year. I was pleased to find the music to be on par with the hype, and even more so to discover the artist was quick to respond to a shot-in-the dark correspondence. That last part may not be important to you, but I generally enjoy my music more if I know it isn't written by a bunch of dicks (unless maybe it's an early BM album...)

The music itself is interesting to describe. The most simplistic label might be symphonic deathcore, but I feel like both of those words tend to imply a certain level of bombast (e.g. Born of Osiris). Not so with Peripety. While the death metal here is certainly aggressive in it's equal levels of volume, speed, and technical showmanship, the mood is largely quite melancholy. This is largely due to the lush, almost ambient synthesizers and occasional effects-laden vocals that sound like Neurotech's latest output. As such, "atmospheric deathcore" might be more appropriate.

Behind every breakneck double bass or blastbeat are twinkling post-metal rhythm guitars so soaked in reverb they are absorbed into the overall backdrop of soothing electronica. The lead guitars pummel the listen with equal parts groove, noise, and chug; but are always perfectly counterbalanced by desolate, snowy soundscapes. Likewise, the vocals are absolutely violent releases of demonic growls and primal shrieks, but the stellar performance is kept contained in this isolated space, like a death metal Kryptonian sealed into the Phantom Zone.

There are also moments where things sway even more so into post-metal territory, as with instrumental tracks like largely ambient "Viglio" or the more guitar-driven "Aurora." Lead guitars drop their usual drives for deathcore supremacy in favor of soaring solos and an overall more Periphery meets Archivist aesthetic. I also hear a lot of similarities to my other beloved progressive deathcore album this year from Azgard. There is a similar union of uplifting melody with more extreme elements. It's a delightful recipe, and the added focus on symphonic flavors makes it even more so.

As one song flows into the next, Peripety will fly by before you even know it. Though quite different sonically, this album left a similar emotive effect on me as Panopticon's Autumn Eternal. I even put off listening to it so I could dedicate my entire focus to the experience. The wait was worth it, and the result highly rewarding. So don't think twice about it. Turn off the lights, clear your schedule, and press play. I hope someday I find a yoga or meditation class that uses music like this instead of that new age and pop crap. This is much more my wavelength.