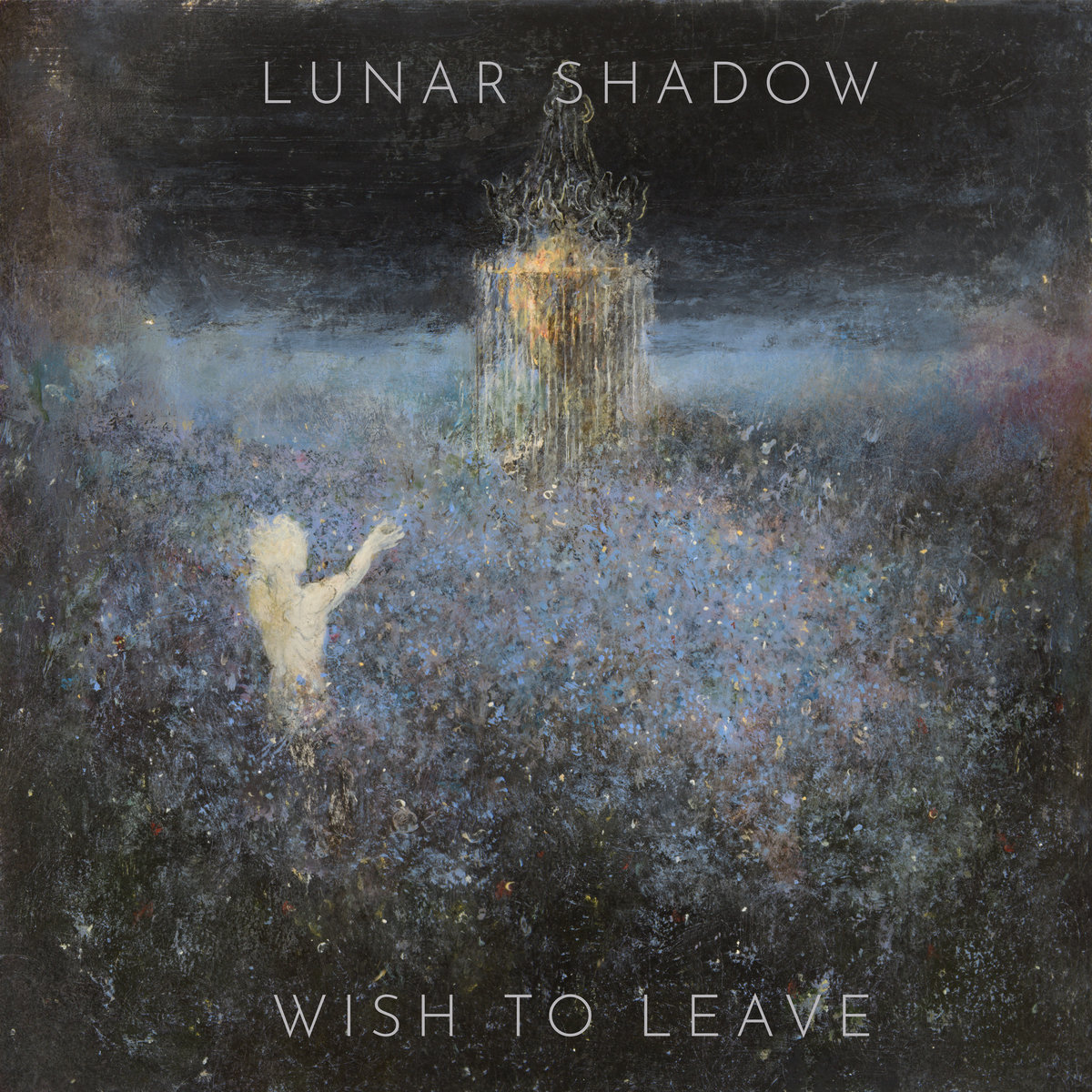 Wish To Leave
by Lunar Shadow

Where some bands find their own unique niche within metal and then proceed to stick within those established boundaries for years, others are always looking to take themselves into new territory with each album.  Germany’s Lunar Shadow certainly fits that description, as they started off exploring elements of traditional heavy metal and earlier hard rock, only to find a unique spot between power metal and black metal on sophomore effort The Smokeless Fires.  Rather than stick in that already hard to pin down area, band leader Max Birbaum has instead chosen to take Lunar Shadow in a completely different direction that brings post punk, prog, and indie rock influences and weaves them into the heavy metal base.  The resulting effort Wish To Leave comes through with just as much darkness as its predecessors, but presents it in a completely different way.

Lunar Shadow’s trajectory reminds me of a number of the more prominent Swedish bands in recent years like In Solitude, who started off very NWOBHM oriented and then transitioned over towards a more post punk and gothic influenced sound.  But where Wish To Leave differs is in how wide a range of influences it brings together, as where some of the others that you’re likely to think of channeled very specific bands Lunar Shadow casts a much wider net.  Opener “Serpents Die” is a great example of how many separate elements Birbaum and company can fuse together, as the instrumentation still has some of the epically inclined tonality of heavy metal and proto-metal acts like Ashbury but the bass lines bring more of a post punk feel and the twists and turns are reminiscent of a number of prog rock bands.  Even with a sometimes prog edge to the instrumentation there’s still a very concise and stripped down feel to the writing, as this album is much shorter than its predecessors and seems to fly by once it has you in its grasp.  Heavy metal hasn’t been abandoned entirely, as there are some rougher edged moments on songs like “Delomelanicon”, but the overall tone is much lighter and achieves its sense of darkness through melody rather than abrasiveness.  Admittedly the more direct nature of the writing does lend to some moments that come and go without fully leaving an impact, and I found that the deliberate and straightforward pacing of “I Will Lose You” and “To Dusk and I Love You” made them blur together upon repeat listens.  But the rest of the material stands out quite a bit, with “And Silence Screamed” and “The Darkness Between the Stars” in particular having some real staying power.  The latter brings back faster tempos and an almost thrash edge during its almost ten-minute span, channeling the best of Lunar Shadow’s past and present.

One of the biggest differences between Wish To Leave and its predecessors is that Max Birbaum is now contributing vocals as well as guitar.  Robert Röttig, who the band introduced on The Smokeless Fires, is still present, but with both members pitching in the singing has a very different feel than before.  It’s generally much softer and spreads outwards along with the airiness of the guitar work, which is where more of the post punk and indie rock influences come into play.  There are still some rougher edged verses that bring back that heavy metal fire back to the material, but as a whole this is a more introspective sounding record.  I do like when Röttig and Birbaum harmonize though, as it really fills out the sound and makes for some moments of somber beauty.

This direction is a particularly interesting one for Lunar Shadow, as I can’t think of too many bands that can remind me of Thin Lizzy, Ashbury, and The Chameleons in the span of a single song.  Admittedly the longer songs are still where the band truly shines as it allows them to fully explore the depth of their influences, as some of the shorter and more direct ones don’t quite leave the same impact.  But overall the darker, moodier approach of these songs proves to be just as enticing and suggests that no matter where Birbaum and company want to go, they have the skills to pull it off.  Wish To Leave is available from Cruz Del Sur Music.