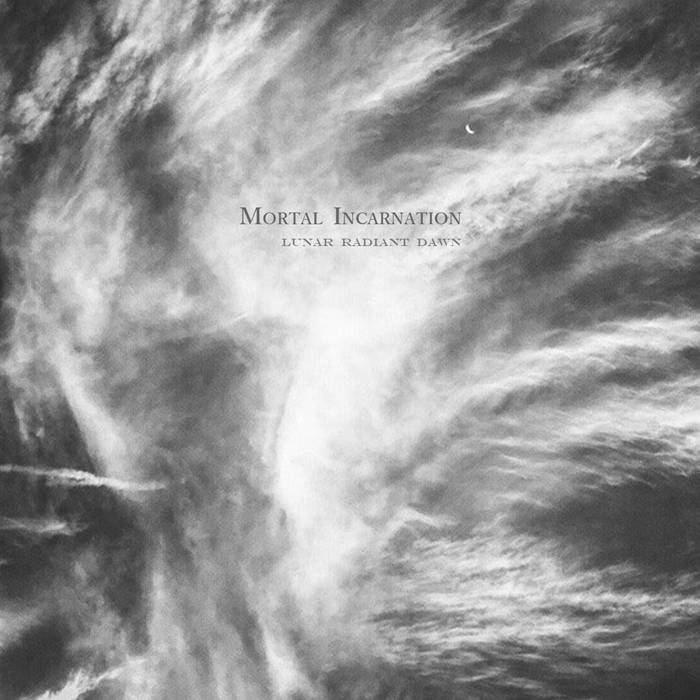 Japan’s had a considerable amount of quality death metal bands over the past three decades, though it can still take a bit of digging to unearth some of it outside of the country.  Luckily we have labels like Sentient Ruin Laboratoriesthat give some of these groups wider distribution, which is what they’ve done with the Lunar Radiant Dawn demo from Mortal Incarnation.  Formed back in 2018, the group is a brand-new entity from Tokyo that’s come roaring out of the gate with two immense death/doom tracks which branch out into swirling psychedelic melodies alongside the type of crushing intensity you’d expect from the genre.  It may have gone under the radar for many when it was originally released last summer, but this is a demo that is worth paying attention to and should hopefully be a sign of even greater things to come.

Given the smaller size of Japan’s extreme metal scene, a lot of newly formed bands tend to feature familiar names and faces but Mortal Incarnation seems to be an exception to this rule.  This makes it even more impressive that the writing provides a good deal of nuance and exploration even at this early demo stage, as while there are clear nods to disembowelment and a number of Finnish bands the two songs branch out in ways that avoid feeling like a mere tribute.  Lunar Radiant Dawn incorporates quite a bit of hazier melodies into the mix, and the way that they spread outwards creates a bit of a psychedelic feel albeit run that’s of the nightmarish and ominous variety.  When the band brings the tempo up towards faster blasting they are as crushing and dense as some of the better death metal bands out there, but they often transition over to slower doom leaning passages where the atmosphere sucks you in.  Both songs are able to twist and turn in unexpected ways, but it’s the longer of the two where Mortal Incarnation unleashes their full potential and batters you senseless before letting haunting, layered melodies toss you into the void.  It’ll be interesting to see if the writing sprawls out even further and gets even more progressively oriented with additional tempo changes and unexpected transitions, but for now there’s already plenty of substance to keep listeners interested.

Guitarist Septic Necrovoid handles all the vocal work throughout Lunar Radiant Dawn and he has a growl that’s well suited to the band’s sound.  It’s what you’d expect from death/doom, as the growls start off extremely low and guttural and only get fuller as the songs progress.  Despite this being a demo, the production values keep the vocals and instrumentals fairly balanced which makes both elements easy to distinguish from each other rather than letting the growls get buried in the mix.  About halfway through the first song Mortal Incarnation shifts towards some spoken word/sung passages which adds to the haunting nature of the instrumentation, which ends up being an unexpected but welcome departure from the harsher elements.  It’s a small detail but it’s one the band could use to their advantage as they move forward as they further differentiate themselves from the pack.

Death/doom can be hard to do well, as simply relying on brute force or murky atmosphere without the substance to back it up will result in material that’s forgotten shortly after listening.  But even at this early stage Mortal Incarnation has the songwriting skills to keep you intrigued as they bludgeon with the type of crunchy old-school Scandinavian sound one minute and then sprawl outwards towards hazy atmosphere the next.  There’s room for the group to further expand upon these ideas and distinguish themselves, but this is a strong base to work off of and already feels fresher than the dime a dozen death metal bands that have come through my inbox in the past few months.  Lunar Radiant Dawn is available from Sentient Ruin Laboratories.