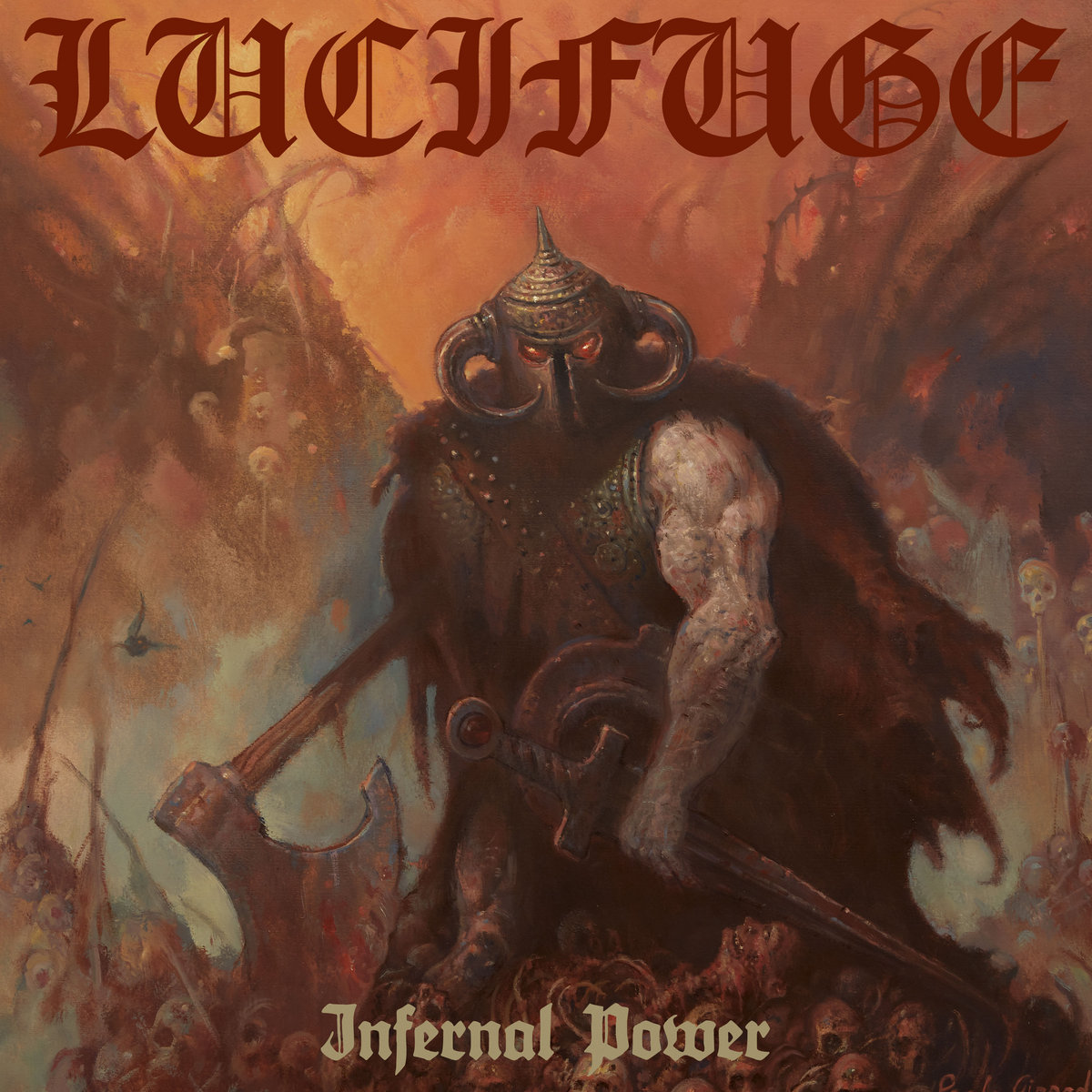 Germany’s Lucifuge has kept a rapid pace since forming in 2016, with sole member Equinox releasing a slew of EPs and full lengths since 2018.  While the project started off exploring more traditional black metal, since the Equilibrium EP the style has shifted towards black/thrash and speed metal, with a healthy dose of punk in the mix.  The stripped-down approach was on full display for last year’s The One Great Curse, and now Lucifuge has returned with Infernal Power.  For album number four the biggest change is Equinox now has a full lineup backing him rather than handling everything individually, and the production values have been taken up a notch as well.

Those of you familiar with my reviews will likely know how a good black/thrash or speed metal album can get stuck in my head almost instantly, and that’s exactly what happened with Infernal Power.  Coming in at a compact thirty-four minutes, Lucifuge rarely lets off the gas and incorporates just as much punk into their attack as they do raging thrash and black metal edge.  It owes just as much to Motörhead as Venom, and while you’ve likely heard this style a million times before it’s delivered here with so much energy and one catchy lead after the next which makes a big difference.  The shorter length gives Lucifuge just enough space to shake things up a bit and go a little more traditional heavy metal or a bit more black metal depending on the song, but it keeps things from becoming overly repetitive or losing their impact.  Compared to its predecessors the production values offer an even louder and in your face sound while giving each instrument the chance to breathe a bit, and it’s a clear evolution over the one-man band sound of the past.  Keeping with the punk influence, towards the end of Infernal Power the group sneaks in a cover of G.I.S.M.’s “Good as it is” which fits in perfectly with the rest of the material.

Equinox has the type of raspy scream that’s a perfect fit for this type of black/thrash, as it’s dripping with the requisite of sleaze and echoes over the instrumentals with a considerable amount of power.  Again there are likely to be comparisons to Venom, but Equinox’s range also reminds me a lot of newer bands like Whipstriker.  For the majority of Infernal Power the approach remains the same, though there are some noticeable shifts on the G.I.S.M. cover that try and do justice to the unhinged and over the top performance of the original.  It’s definitely a “if it isn’t broken, don’t fix it” type performance where the screams and yells don’t deviate that much yet never waver in intensity.

Lucifuge sticks with the tried and true approach to black, thrash, and speed, but man do they do it well.  With the concise length and one killer hook after another, this is exactly the type of album that I’ll find myself spinning often and proof that the 80s continues to be alive and well.  Earlier in the year it seemed that Evil might be the best example of this type of metal in 2021, but Lucifuge is going to give them some serious competition.  Infernal Power is available from Dying Victims Productions.