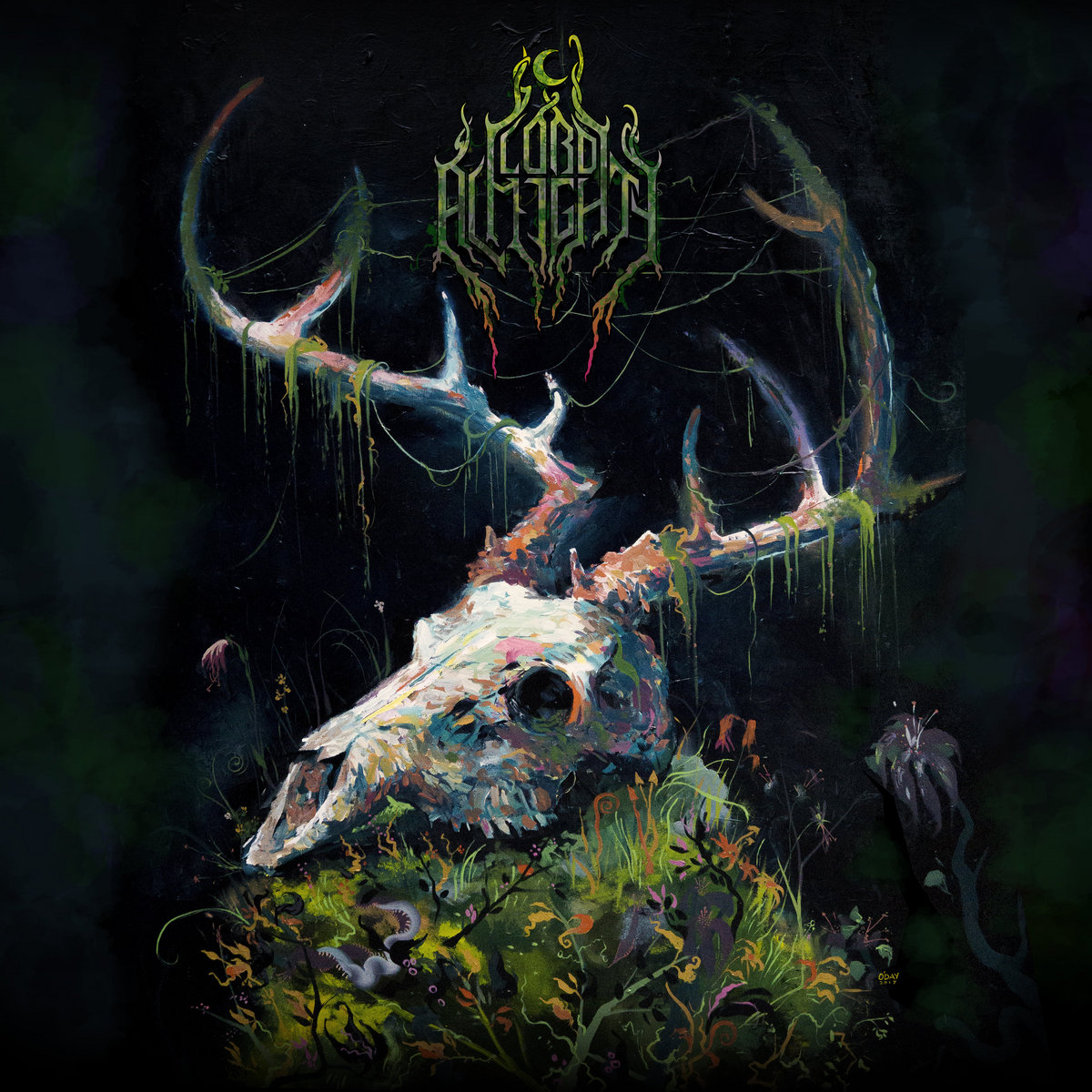 Five years have passed since Lord Almighty released their debut full-length Paths, providing an impressive mixture of black metal, sludge, and straight up rock ‘n roll.  There was something different to their sound that leaned as heavily on rock grooves and lighter atmosphere as often as it went for the usual abrasive and blasting writing style of black metal.  While the band has been quiet for a bit, their follow-up Wither takes the elements seen on their debut and refines them further in favor of leaner songs and just the right balance of softer, introspective moments and more direct, aggressive ones.  It’s a bit more reigned in than its predecessor but that doesn’t make the material any less interesting, as Lord Almighty has a lot to offer listeners who want to dive right in.

Where Paths was an almost fifty-minute-long adventure that sprawled out significantly at some points, Wither is a much leaner album that flies by in a little under forty and it spends all that time giving listeners plenty to take in.  The core of Lord Almighty’s sound hasn’t changed too much in the years that have passed, as this is still black metal with an affinity for the catchier grooves and twin guitar leads of rock ‘n roll and heavy metal.  But the band’s now able to build up to intense climaxes and cram in a wide variety of stylistic shifts in shorter periods of time, cutting out any filler and making many of these songs feel like rollercoaster rides that take you from raging peaks to much softer moments.  Wither showcases its destructive side first, with opener “Cry of the Earth” channeling black metal’s crushing blast beats and jagged tonality, but the song transitions into brighter textures around the halfway point and the guitars move towards more of a rock feel.  Lord Almighty’s able to go through these types of transitions with ease, and what initially seems like straightforward black metal might lead unexpectedly into a sludgy groove or twin guitar leads that bring the likes of Thin Lizzy to mind.  Even the two interludes shake things up a bit, with “V” giving drummer Christopher Narainen a chance to show off with an extended solo and “Stifled’ bringing some almost post rock sounding textures to the album.  Wither often hits harder than its predecessor with even darker and abrasive riffs, but it’s still got just the right amount of mellower breaks that gives the writing a dynamic feeling.

While the instrumentals may spend time exploring some melodic and atmospheric ideas, the vocals remain firmly on the abrasive end of the spectrum.  Keenan Carroll’s lower-pitched screams helped to add some jagged edges to the band’s previous material and that’s still true throughout Wither, as his vocals tower over the recording and keep the intensity level at a high.  His voice skews towards the lower end of the spectrum, falling somewhere between a scream and guttural growl, and with this range each word carries a considerable amount of weight behind it and this only adds to the impact of the material.  Though the performance doesn’t vary in pitch quite as much when compared to some of the other US black metal out there, Carroll switches things up enough to avoid sounding monotonous and the songs are structured in a way that gives some natural pauses between each verse.

Lord Almighty was onto something that felt different from your average black metal band on their previous releases, and they’ve continued to refine their blurring of genres and love of the riff on their sophomore effort.  Where Paths did have a few lulls and felt slightly dragged out at times, the leaner approach of Wither forces the band to become even more dynamic and make sure each abrasive lead and melodic interlude truly stands out.  They’ve left themselves with room to blur the lines even further in the years to come, but the strength of the songwriting has pushed this group to new heights and Lord Almighty deserves to be mentioned alongside some of the more prominent American black metal acts.  And seriously, when was the last time you heard a drum solo on a black metal album?