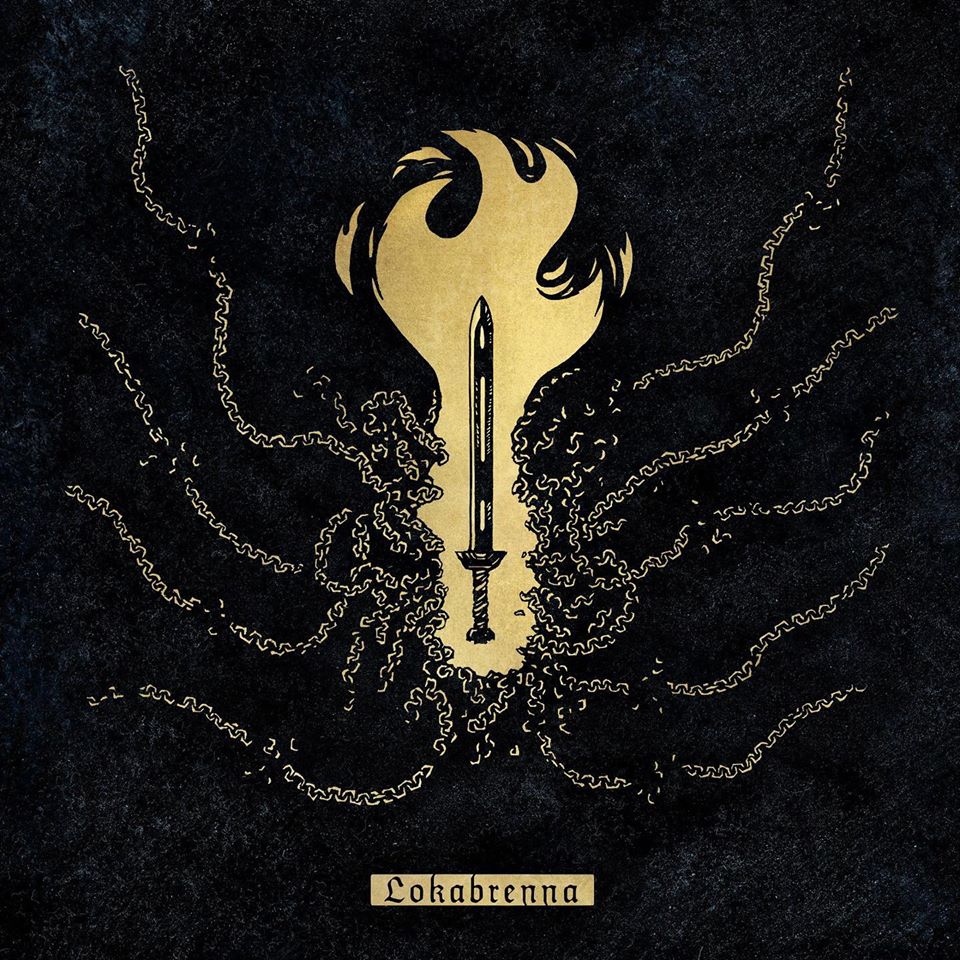 Where some bands crank out new material every couple of years, others spend much longer honing their craft and leave it in the incubation chamber for quite some time.  This is the case with Germany’s Nawaharjan, who have released their debut full length Lokabrenna nearly eleven years after their previous EP.  Spread across nine tracks that flow seamlessly together and take the listener through black metal that’s equally majestic and destructive, the material sucks you right in and doesn’t let you go until it has reached its conclusion.  It’s evident that the longer writing period has been used to fine tune this album to be razor sharp, and despite the band likely being a new name for many expect Lokabrenna to land in many best-of lists come December.

The main element that jumps out throughout repeat listens of this album is how powerful it feels.  It’s within the nature of black metal to strive for intense and powerful instrumentation, but not every group is able to achieve it equally and so it truly stands out when one can reach that otherworldly level.  Nawaharjan makes that look easy throughout this full-length, as songs start off with immense levels of blasting instrumentation and then layer melodies over top if it that takes the writing to a truly epic scale.  There’s a considerable amount of density to each of the tracks as the melodies twist and turn over top of the pummeling base, and at times the sound brings fellow Germans Shrine of Insanabilis to mind.  There are rarely lulls throughout Lokabrenna as rather than regularly incorporating interludes or breaks the instrumentation seems to only get fuller as the album builds, and despite some of the songs following some similar patterns the strength of the leads makes them distinguishable.  Cuts like “Sunjo” have some of the most memorable riffs I’ve heard this year, as the melody that transforms over the blasting base comes through with such otherworldly power that you’ll have chills by the time it’s over.

Despite how full the instrumentation is, vocalist Skandaz still manages to tower over the recording.  His main style is a raspier scream that often feels like it can cut right through you with each word, but rather than sticking with the same pitch for the entire album Skandaz switches things up quite a bit.  On some of the longer tracks he loosens up on the abrasiveness ever so slightly, delivering chants that seem to be opening portals into the abyss and the unknown.  There are subtle changes in pitch that come through upon repeat listens and make the performance more dynamic than is sometimes typical for black metal, and that gives Nawaharjan additional depth.

Some of Nawaharjan’s approach is reminiscent of other German black metal, particularly with how they’re able to layer their instrumentation to the point that it feels absolutely immense and capable of swallowing you whole.  But it’s the strength of their riffs and the way the songs flow together that makes their debut stand out so much, and the way that the melodies work their way into your head will ensure that this one remains on regular rotation.  It’s clear that these guys have spent the past nine years honing their craft, but hopefully we won’t have to wait quite as long for a follow-up.  Lokabrenna is available from Amor Fati Productions.