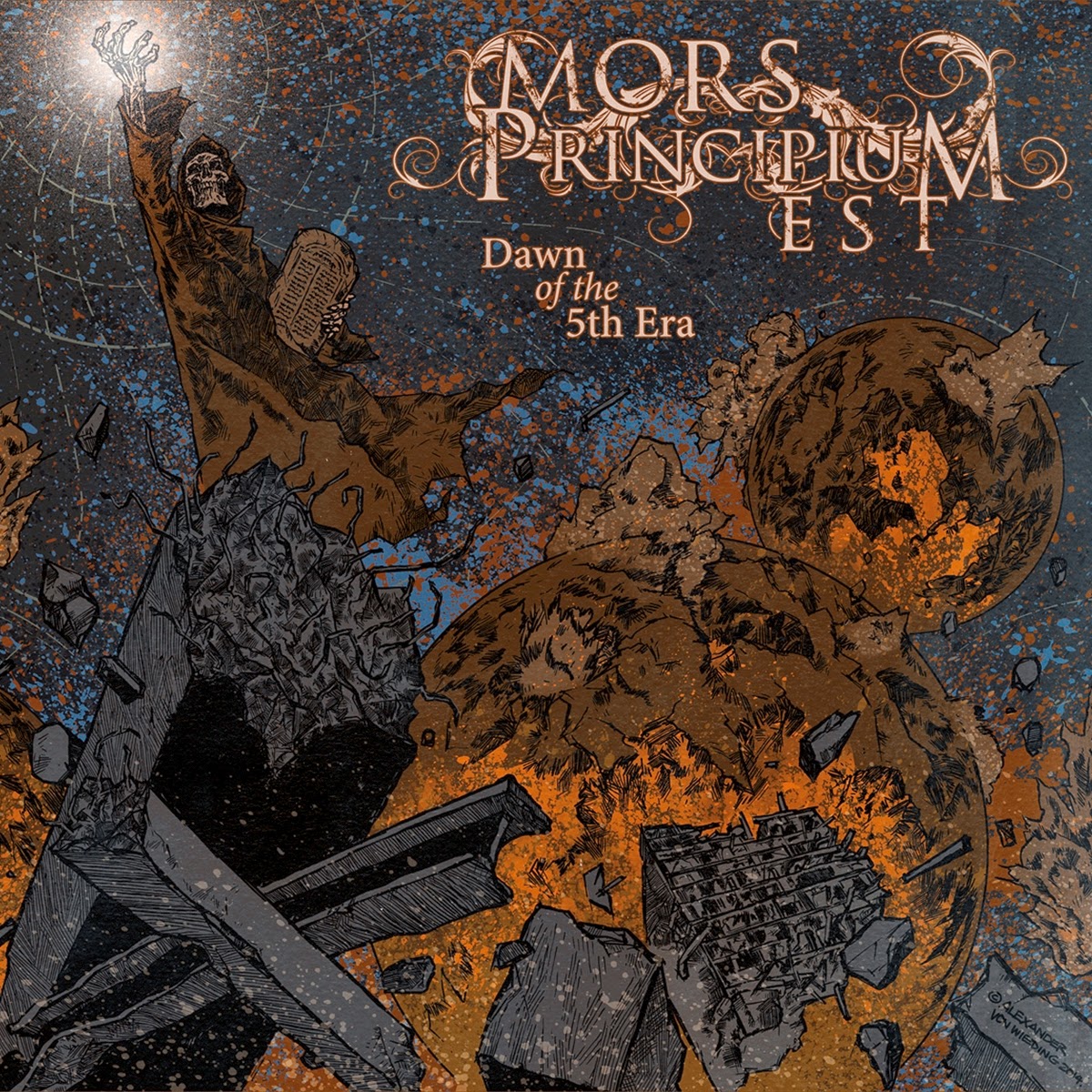 Dawn of the 5th Era
by Mors Principium Est

Part of me wanted to not like this album. I listen to so much music that my backlog of CD’s to buy is costing hundreds of dollars. The prospect of at least one band I like falling on their face and blowing it sadly gives me some relief. Darkest Hour saved me money on future releases…maybe someone else will decide to make garbage music too. But even that sick side of me is glad to say that this album does not suck. It is pretty consistently entertaining, and yes, I ended up pre-ordering it.

As far as the music goes, it is very much in the same vein as “And Death Said Live.” Despite the roster changes, the band has not missed a beat in cranking out the hook-heaven of melodeath we have come to expect from them. Guitars just kill it from track to track with nary a moment that isn’t simultaneously catchy and head-bang worthy. The drums wrap everything in a tasty burrito of double bass while the vocals provide a savory salsa of Bodom-esque anthems.

There are a few moments that cause a bit of a lull. “Leader of the Titans,” despite the Viking-sounding lyrics, is a little too far on the silly side and lacks the epic riffage that should complement them. “Innocence Lost” and “I Am War” also suffer from cheesiness at times, but the guitars make up lost ground a little more in both cases. Of course, we also have the obligatory intro and interlude instrumentals, but they add to the atmosphere and are arranged well as always.

In sum, if you like MPE, you will like this album. It is not a game-changer, but they manage to provide enough energy and work into the songs to make this just as worthy a listen as the rest of their catalog. The single’s music video, “Monster in Me,” is on youtube and a strong indication of what to expect on the album. It’s not quite as good, in my opinion, as “Liberation = Termination,” but if you are one of the fans who scoffed at the extreme use of synths and electronic elements, you may like this even more due to the back to basics sound. On a final note, after feeling very disappointed by the new At the Gates album, I am glad to have this to scratch my melodeath itch for the year.