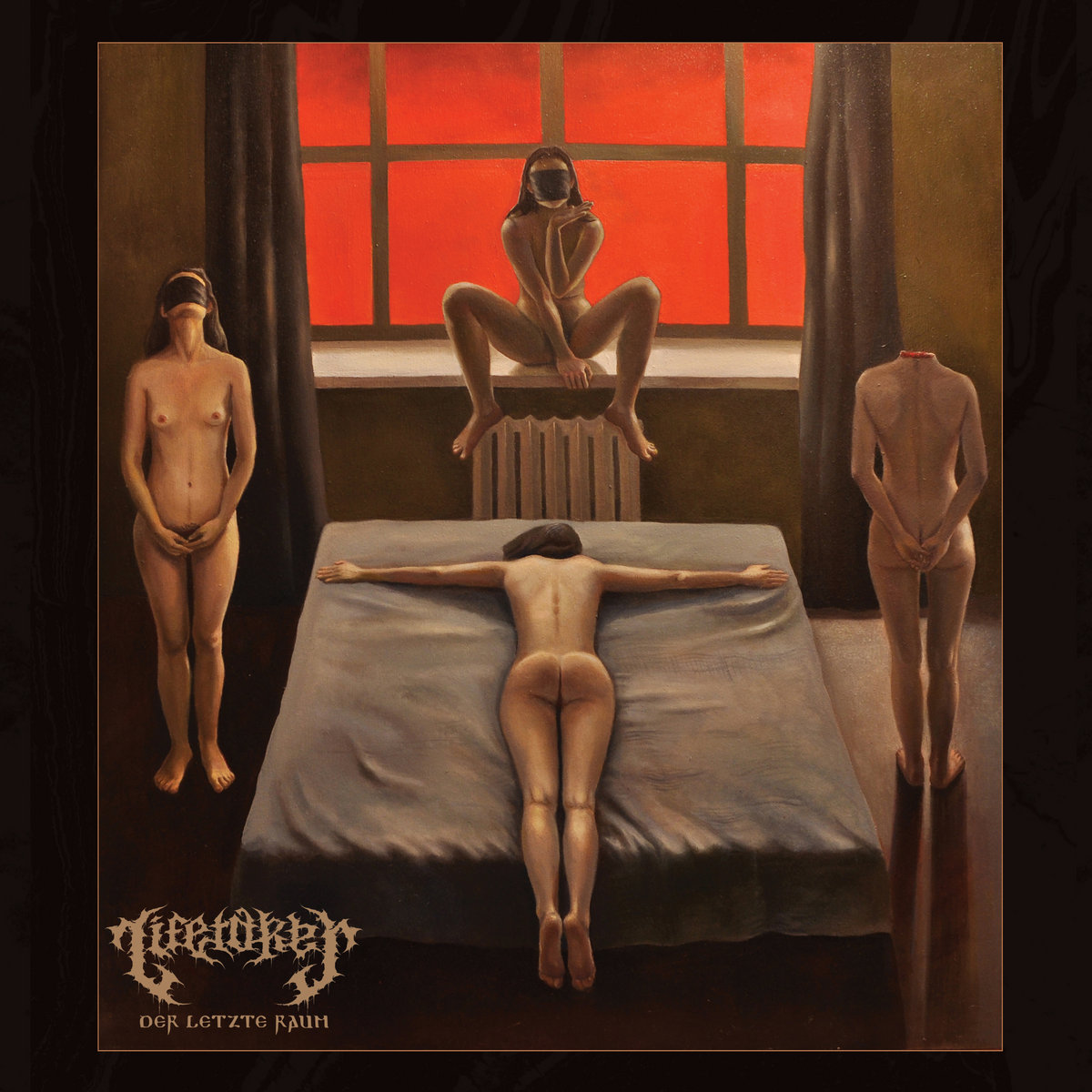 Germany’s Lifetaker has been creating a blistering mixture of grind, hardcore, death metal, and everything in between since 2018.  After putting out both a full-length and EP in 2020, the band has continued to refine their approach and have worked on getting it to an almost weaponized level on sophomore effort Der letzte Raum.  Spread across fifteen tracks that barely crack the twenty-four-minute mark, Lifetaker barely gives listeners a chance to breathe as they blast and bludgeon at your eardrums.  It’s clear that this group continues to shake up their formula with each release while remaining as violent and in your face, and that makes for another strong showing.

Don’t expect much in the way of introductions when it comes to Der letzte Raum, as opening track “Bunkerjugend” comes roaring out of the gate with a wall of blasting drums and scorching guitar/bass riffs that go straight for the throat.  Stylistically Lifetaker pulls quite a bit of influence from grind and different types of hardcore, sometimes going for all-out blast beats and extremely fast tempos while others settle into a mid-tempo groove that keeps the abrasiveness at a high.  At times they come across similar to bands like Converge, while other tracks have hints of death metal that feel a bit more like Cattle Decapitation.  While these are good reference points to give you an idea of what to expect, it’s worth noting that the way the band varies up the attack over the course of the album keeps them from having a sound of their own.  Since most of the tracks don’t span longer than two and a half minutes, there are a lot of subtle details to the attack that you may not catch on first listen and specific moments are likely to stand out as you spend more time with it.  In particular, the metallic tonality and slight hints of melody on tracks like “Kadaverstille” stand out to me and showcase there are some intricacies to the songwriting besides precision blasting.  Towards the end of Der letzte Raum Lifetaker shifts gears a bit, heading into slower sludge/doom and harsher electronics that give off more of a death industrial or power electronics vibe.  It’s interesting to see them try different things but stacking these deviations at the end makes the two halves feel slightly disjointed to me.  I’d like to see them explore these elements further as they suit the nightmarish and violent tone of the music, but they would’ve had more impact being placed between the raging grind and hardcore rather than being saved for the end.

The instrumental tone may feel like it can peel your skin off, but the vocals are arguably even more intense.  Lifetaker alternates between low pitched, guttural growls and higher shrieks/screams that are drenched in so much distortion that they sometimes sound inhuman.  What stood out throughout Der letzte Raum is just how varied the vocal work is, as rather than sticking with the same high/low set-up on each song the band switches up how they do so regularly.  Sometimes you get a raspier scream that falls somewhere between traditional hardcore and hardcore that has black metal infused into it, while other moments hit such low ranges that they sound closer to grind like Agathocles.  The closing track “Gamma Mörser” starts off with distortion heavy screaming and then adds in some downright horrifying sounding growls, showcasing that from beginning to end Lifetaker doesn’t let up at all.

Lifetaker’s sophomore album packs the explosive power of a nuclear bomb, and the precision of their attack and varied approach to grind and hardcore leaves a lasting impression.  It’s clear they continue to try to expand upon their repertoire of everything heavy and noisy with the sludge and industrial/power electronic moments, and while I would like to see them better integrated into the material rather than crammed at the end it does still make for a wild ride.  Considering that they’re only four years in, this group is already operating at a high level and are only getting better with each release.  I’m intrigued to see where they go as the best seems yet to come, but if you’re a fan of any of these genres this album is worth checking out.   Der letzte Raum is available from Black Omega Recordings and Lower Class Kids Records.