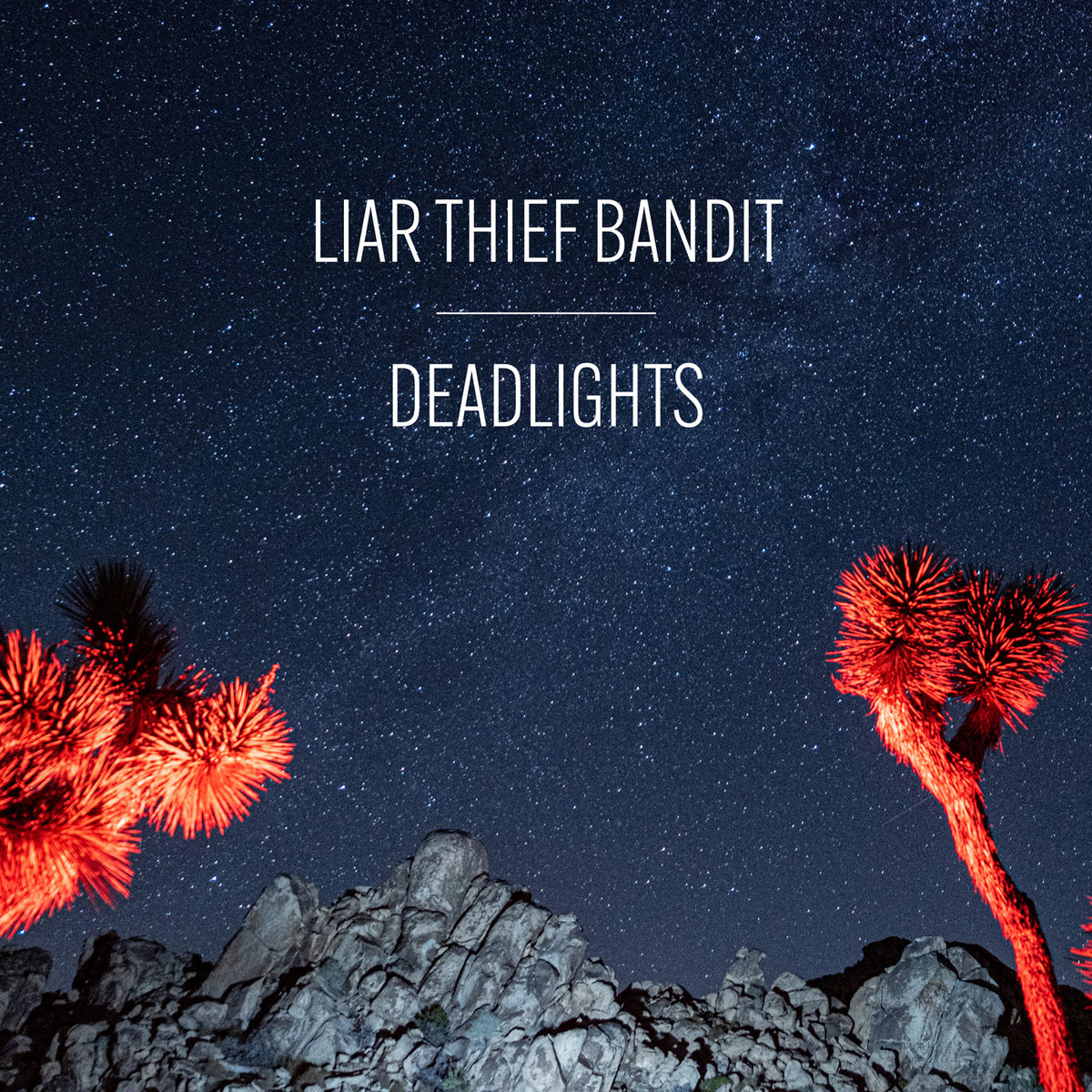 Sweden’s always been a great source of rock of all kinds, whether that’s 70s influenced blues rock or more punk leaning rock ‘n roll.  Liar Thief Bandit is one of the relatively newer additions from the country, having began in 2015 with the goal of merging that classic rock ‘n roll spirit with some of the newer garage and alternative rock styles that emerged in the 90s.  On their third album Deadlights the group continues this fusion with high energy songs that seamlessly move between the decades.  Although there are a few moments that blend together around the middle, there are still plenty of strong hooks here to pull listeners in.

While the promotional material draws comparisons to blues rock, garage rock, and some 90s alternative rock, as I made my way through Deadlights I heard just as much punk rock coursing through the veins of these songs.  This is evident right from the start, as the title track brings in an AC/DC type intro riff before moving into a bouncier rhythm with riffs that sound like a cross between The Hellacopters and Rise Against.  From that point on the band moves seamlessly between this type of classic hard rock and slightly newer garage rock and punk, sometimes slowing things down to incorporate a bit more melody while never losing their bite.  Deadlights is bolstered with strong production values that make each song sound huge, as if they were built for booming outwards over modest sized live venues.  Despite Liar Thief Bandit having a knack for hook driven rock of all sorts, I did find that the riffs that stood out the most came at the beginning and end of the album, with the middle offering likeable but not quite as memorable tracks.  Even with all their wide range of influences these guys do still fall into a bit of a pattern early on, and they still have room to break further out of the mold.

Given the somewhat wide span of vocal styles that are present in hard and alternative rock, you might be wondering where Liar Thief Bandit falls.  The answer is that they often start off with slightly gruffer ranges that bring in a bit more of that punk sound but soar towards melodic choruses in each song.  Mike Jacobson makes great use of his range, letting a bit more attitude and intensity come through during the verses and then letting his voice head into the stratosphere on the choruses.  It’s an approach that’s sure to hook quite a few listeners from those first few songs, and with bassist Niklas Dahre and guest vocalist Anna Skogö providing backup there’s a decent amount of variety throughout Deadlights.  My only complaint is that these backup performances are sometimes just a bit too soft in the mix and blend in with everything else going on, and I would’ve liked them to come through with some additional clarity.

There’s quite a bit of appeal to Liar Thief Bandit’s take on classic blues rock and rock ‘n roll with a healthy dose of 90s and turn of the century rock.  Considering how many Swedish bands are going full retro right now and primarily going for 60s and 70s influences, this combination helps Deadlights to stand out a bit more.  I do think there’s room for this group to further capitalize on it and shake up their formula even more, but on album number three they’re getting ever closer and this is worth a listen for anyone that wants some foot tapping and fist pumping rock ‘n roll.  Deadlights is available from The Sign Records.