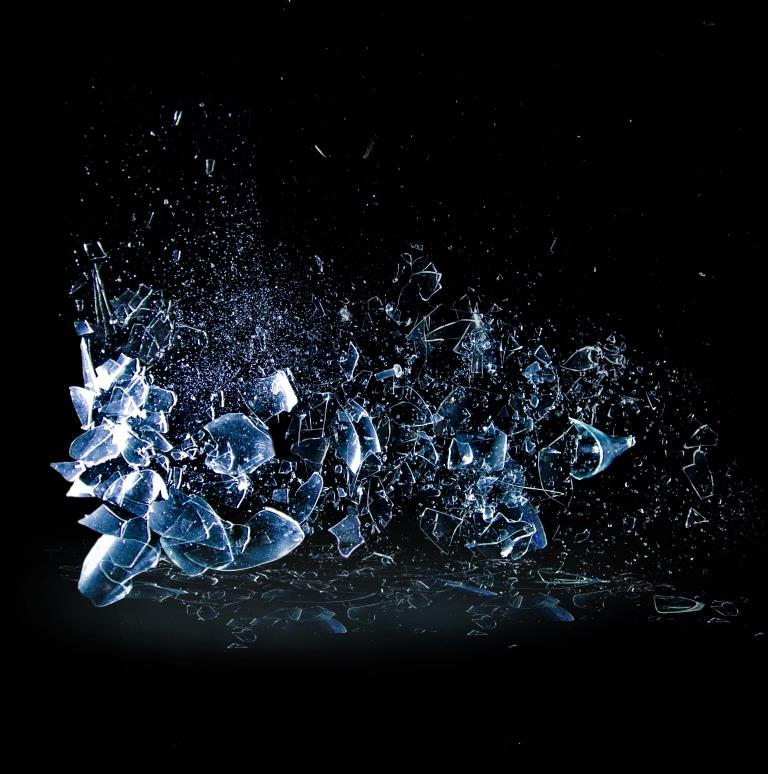 There lots of ways to classify bands, but two large categories continue to interest me above the rest: those that continue to vomit up album after album of mediocre material long past their prime, and those that know when to hang it up at the top of their game.  If my choice of words wasn't obvious enough, I prefer the latter by a large margin.  No one wants to see their heroes become vague caricatures of their former selves.  Everyone has to keep the income coming, but a true artist cares only about when a project has reached a fitting conclusion.  For this reason, I was happy to hear that Dillinger Escape Plan would be releasing their final album this year.  They have been one of my favorite bands since the first time I heard Calculating Infinity, and I have bought every LP since then.  But it has been a long road, and I'd much prefer to see the story end on a high note.

And in this, boy does Dissociation deliver.  Produced by Converge's Kurt Ballou and fitting to the album title, this is by far the most shizoid release of their entire career.  That's a tall order for a band famous for their already accomplished jazz-infused mathcore and chaotic live shows.  Even as a longtim fan, I was left scratching my head after a few of these tracks.  In a good way, of course.  The bizarre spoken word of "Wanting So Much As To," the purely electronic instrumental "Fugue," the very abrupt transtion to strings on "Nothing To Forget"; being experimental is still very much something this band is capable of after over 20 years.  Even the more standard "Limerent Death" has an insanely abrasive, haphazard approach to songwriting that leaves me unsettled every time.  Mike Patton may have planted the seed, but the rest of these guys cultivated the s#%t out of it.

However, like any good band, they don't jump the shark completely.  There are still plenty of vintage moments from across their lifetime that shine forth on Dissocation.  Weinman showcases every bit of broken-minded fury and energy as ever with his guitar, Antreassian never far behind.  Rymer is in top form on the kit with more maddenly topsy-turvy time signatures of all shapes and sizes.  Liam Wilson proves his bass grooves to be more than just icing on the cake as well.  But perhaps the real treat is Greg.  I have always been a fan of Puciato's range, from his Sade-like highs to the ferocious spitting of stomach acid, but he may have just outdone himself with the title track.

Dissociation ends up being a fantastic swansong for the band.  While still maintaining the hallmarks of their sound, I have a hard time comparing it directly to any of their previous releases.  It takes the primal aggression and maturity of the more concise One Of Us Is The Killer and smashes it up against both old and new tricks like an angry toddler with his action figures.  The result is undoubtedly Dillinger Escape Plan, but one with even fewer f#%ks given than usual.  Way to leave a legacy, guys.  You will be sorely missed, but it's better this way.  I look forward to seeing what other projects the members come up with while always cherishing the old albums and memories of live shows.