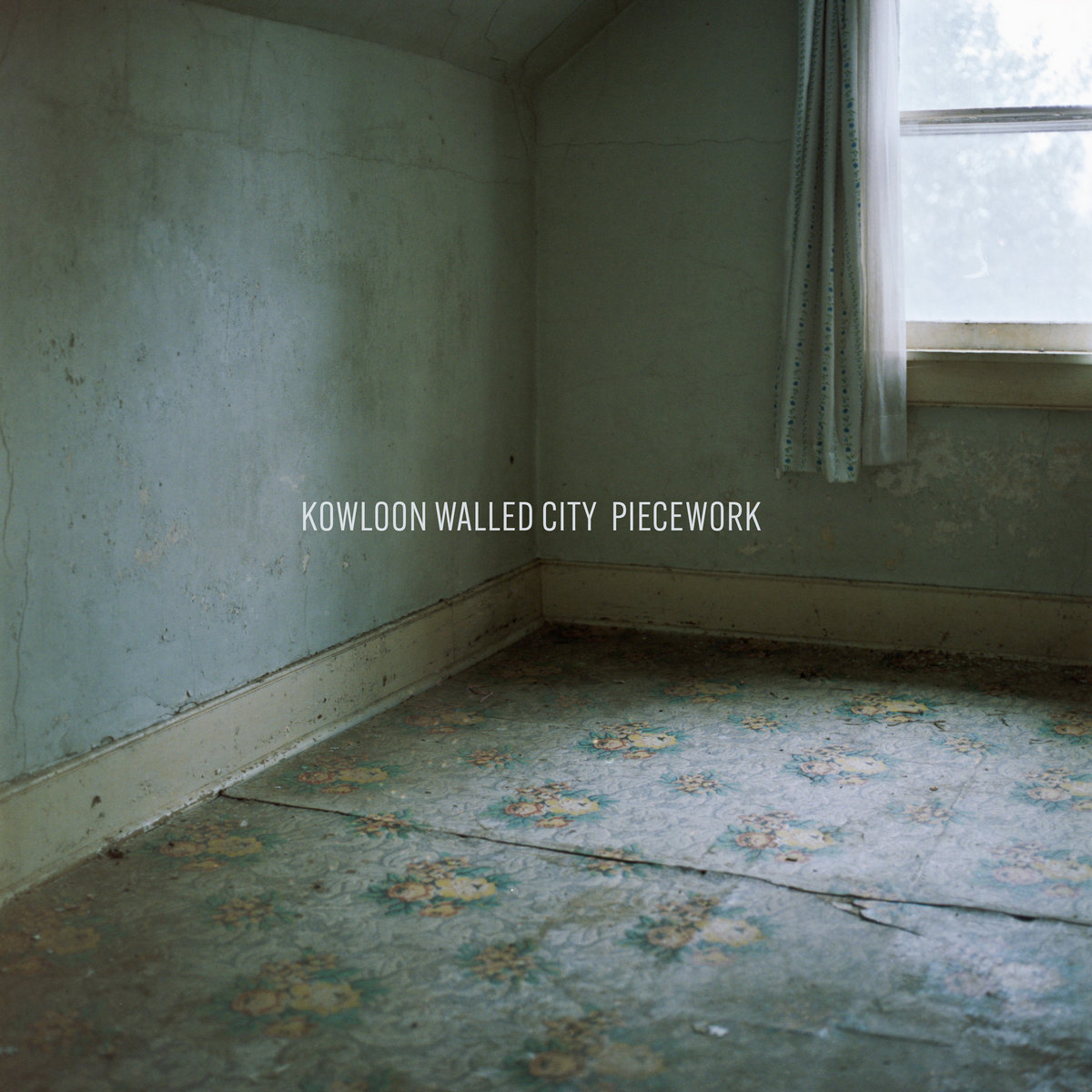 Kowloon Walled City has occupied a unique space between noise rock, sludge, and post metal for the better part of fourteen years.  While their earlier days showcased the bass tone of sludge/doom and jagged guitar work of 90s noise rock, as they progressed the song started to get more spaced out and the band adopted a minimalistic approach that still proved to be heavy when it counted.  At times the deliberate pauses and denser climaxes brought more post rock/metal to mind, yet with noise rock still firmly embedded in the band’s DNA.  Despite iterating on this formula on 2012’s Container Ships and 2015’s Grievances, Kowloon Walled City has been quiet in the years since, only finally emerging from their slumber with Piecework.  This effort proves to be a natural evolution of what they’ve been writing all along, offering softer, introspective pauses and roaring peaks wrapped up in a more concise package.

In the time that has passed since Grievances, Kowloon Walled City has only gotten more methodical.  There are still a few passages on Piecework that pick up the tempo ever so slightly towards the noise rock foundation the band showcased early on, but don’t be expecting the occasional burst of speed like on Gambling on the Richter Scale or Container Ships.  Instead, the instrumentals expand outwards slowly and deliberately pause to allow the somber tonality to really sink in with the listener, with melodies hovering over the recording for extended periods of time.  The approach reminds me more of the likes of Neurosis or Isis, but the warm, crunch tone of the bass and jagged distortion when the guitars pick up still feels very much connected to noise rock.  Kowloon Walled City also doesn’t build up in predictable ways, as rather than reaching a linear climax a song might double down on the melodic lull before getting there.  Admittedly this approach does make Piecework a bit less accessible than some of its predecessors, but there’s a lot of depth waiting to be found for those that are willing to give it some time.  The second half does give listeners a bit more to latch onto though, as “Splicing” has a guitar solo that brings in some blues and even spaghetti western tones, while “Lampblack” beautifully merges the dense weight of the bass with warm and inviting guitar work.  It also helps that the group has cut down the length a bit, keeping things at a concise thirty-one minutes where each song feels deliberately paced without repetition or filler.

The vocals are another element that has often separated Kowloon Walled City from other bands going for this type of heavy and slow material, as Scott Evans has an approach that’s closer to a yell than a scream or growl.  This is where the noise rock and even some hardcore/punk influences come into play, and while it’s still likely to be an acquired taste for some I’ve always found it to be a distinguishing element.  As with the instrumental work, there are natural pauses between each verse that allows for each appearance to come through with an immense amount of emotion and grit.  It’s clear Evans has been through a lot in the years since Grievances, as his performance is somber at some points and almost tortured sounding at others.

Where other bands in these genres have gone for heavier tones and roaring climaxes, Kowloon Walled City continues to thrive with a minimalistic and restrained approach.  There’s still plenty of methodical, bottom heavy bass lines, but the material here gives just as much focus to dark, muted melodies that get under your skin.  It doesn’t fully pick up until a few songs in for me and I think Container Ships still stands as their best release, but there’s still plenty to dig into here and I’m excited to have these guys back.  Piecework is available from Neurot Recordings and Gilead Media.