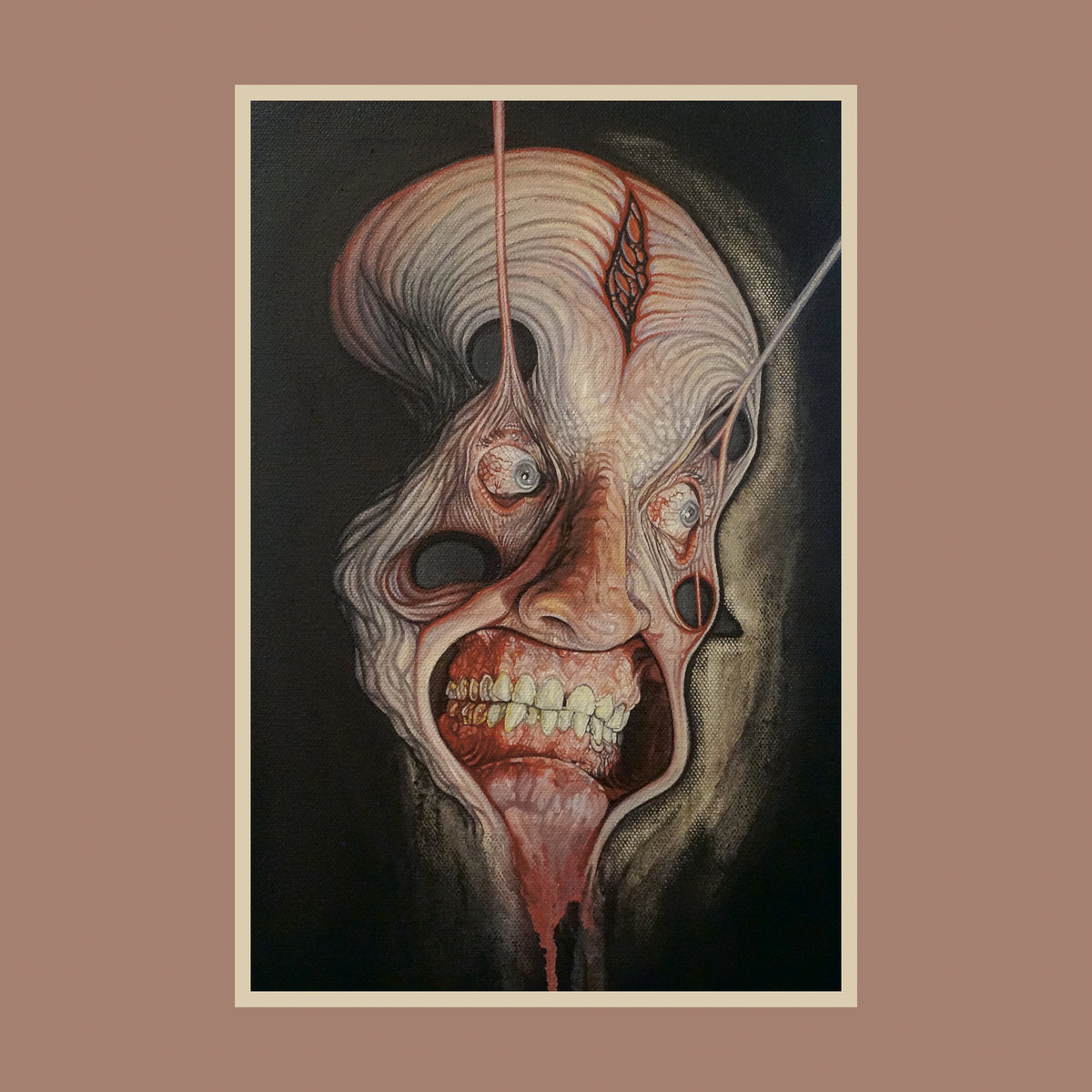 Denmark’s Kollapse may have started life playing a very dark and emotional variant of hardcore and sludge, but in more recent years the song lengths started to get longer and they began to incorporate a significant amount of post metal and other related genres into their material.  Following 2017’s Angst full-length the band has gone through some changes, losing two members and re-emerging as a trio.  Sult reflects this change in roster through some significant stylistic shifts as well, keeping the brooding and emotive post metal but also shapeshifting between different variants of heavy music that include everything from noise rock to post hardcore.  While it may take a few times through to fully get a feel for everything happing on Sult, especially with how each song seamlessly moves into the next, there’s plenty here worth diving into.

“Drift” begins the material on a harsher note, with jagged bass lines and darker guitar leads that bring bands like Celeste and Hexis to mind with how they have both hardcore and sludge influences present.  But only a minute or two in Kollapse has already shifted gears over towards bleaker and dreary melodies that bring in some post metal vibes, transforming the more forceful instrumentation into something more introspective.  From there the album continues to move between these more violent and jagged outbursts and darker, methodical moments, and with the way that many of the songs just seem to bleed into the next it makes for a seamless listening experience.  It’s hard to pin Kollapse down into a specific sludge/hardcore or post metal bucket, as while they have these elements at work in their songwriting they explore so many facets of heavy music that they never fall specifically into one specific genre.  Songs like “Knæler” and “Byrd” have more jagged and angular rhythms that channel a healthy dose of noise rock, while “Libido” utilizes some black metal tonality.  But it’s the eleven and a half minute closer “Der, hvor jeg tænker, er der altid mørkt” that stands out the most to me, as Kollapse fully mellows out in favor of dark yet reflective melodies with trumpet and other instrumentation creating a sorrowful atmosphere.  While material like this can sometimes feel too drawn out, the length feels justified and I found myself being drawn back again and again.  Admittedly by comparison some of the earlier songs didn’t quite stand out in the same capacity, but even with the lack of immediate hooks on some of them the smaller nuances start to pull you in on repeat listens.

While the instrumentals regularly shift from much harsher and abrasive elements to softer, melodic ones, the vocals remain firmly on the former side of the spectrum.  “Drift” opens with the type of tortured and ear-piercing screams that are not uncommon in both sludge and post metal, but after that initial burst it takes a little while before the vocals return.  Kollapse tends to space their verses out significantly, sometimes letting several minutes pass before they come bursting back through the recording.  This works to the band’s advantage, as it allows for each passage to reach peak intensity and avoids the one-dimensional and repetitive pitches that sometimes plague this type of metal and hardcore.

Despite the lineup changes Kollapse has refined their approach significantly, incorporating an even more diverse range of heavy influences into their writing and naturally weaving between melodic and abrasive on each song.  Admittedly the sheer beauty and emotion of the closer does overshadow the rest of the album a bit, and I think that the band still has room to maintain the subtle details of this material while reaching some even greater and more immediate peaks in the future.  Still, considering that not a lot of sludge and post metal leaning groups have grabbed my attention in recent months, the bleak and sorrowful tone here has managed to captivate me and that shows Kollapse’s ability.  Sult is available from Fysisk Format, Virkelighedsfjern, Dinglebery Records, and Maniyax Records.