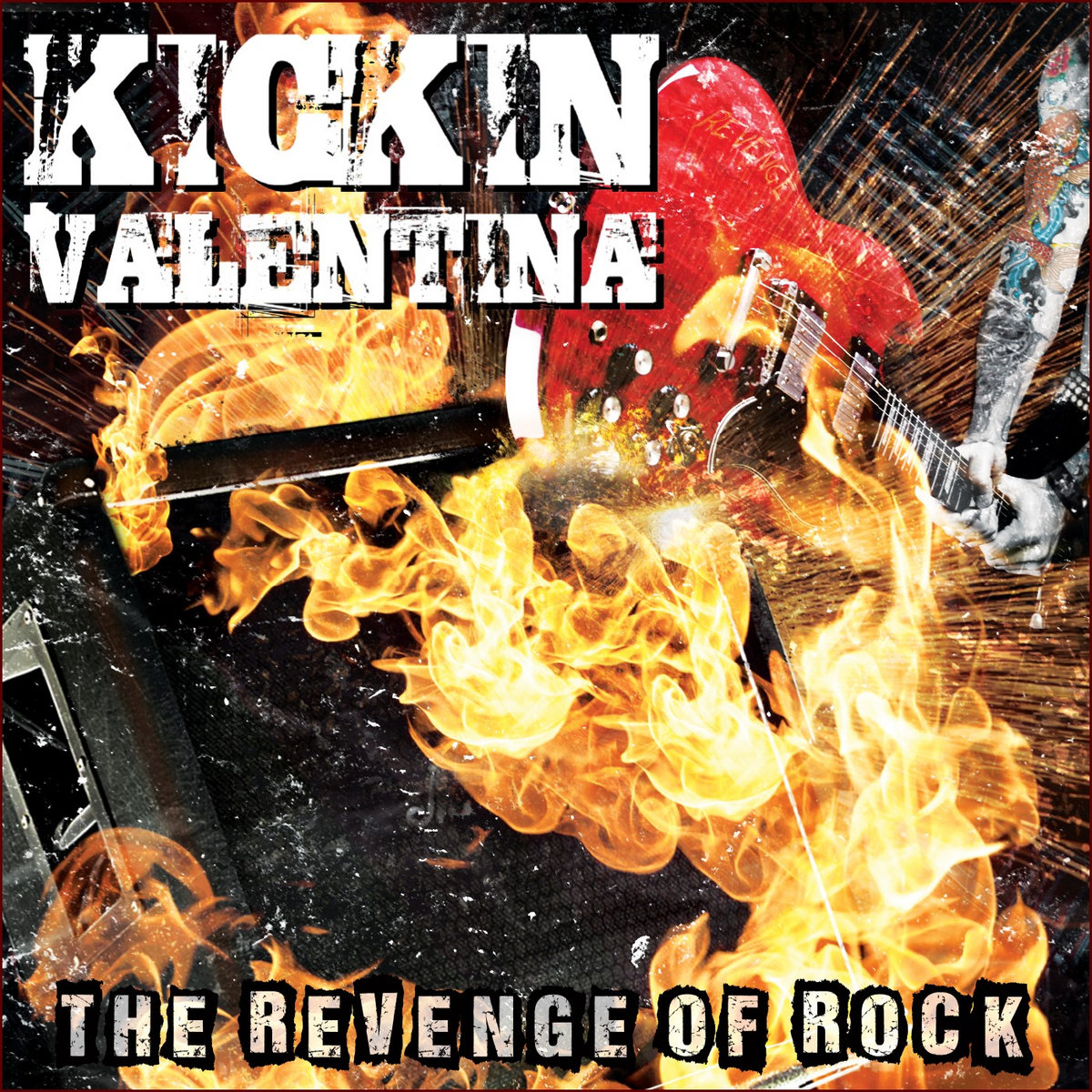 The Revenge of Rock
by Kickin Valentina

Atlanta’s Kickin Valentina has been finding the sweet spot between the 80s and 90s glam and hard rock of LA and the bluesy riffs of some of the most well-known rock acts since 2012.  After two successful EP’s and full-length Imaginary Creatures the band found themselves looking for a new singer, which can be a challenge for just about anyone who’s started to establish their name in the rock circuit.  But after a false start in 2018 D.K. Revelle (ex-Jetboy) gave Kickin Valentina a new path forward, with the first taste coming on 2019’s Chaos in Copenhagen EP.  A little over a year later and the group’s latest album The Revenge of Rock showcases how the rest of the lineup has grown alongside their new singer.

What you’ll notice the first time through The Revenge of Rock is how much variety it offers.  Despite the fact that some riffs that pull from AC/DC and Guns N’ Roses, this isn’t just another hard rock band that takes this template and runs it into the ground with an album worth of songs that all sound the same.  Instead, Kickin Valentina is able to write high energy rock that pulls from almost every era of classic to modern rock and has some catchy leads to back it up.  Opener “Freak Show” has the heavier tonality and driving tempo that brings a lot of mid-90s and early 2000s hard rock to mind, while “Somebody New” shifts over towards more of a melodic approach that channels bands like Guns N’ Roses and Poison.  There continues to be this level of variety as you get further into the album, with the band sometimes heading into full-on blues rock territory and even slowing things down for a ballad.  Admittedly Kickin Valentina is pulling from some very familiar influences, but the fact that they hop around different generations of hard rock and fuse them together in a cohesive manner really makes the difference.  It’s also worth mentioning that The Revenge of Rock avoids the main pitfall that a lot of other rock bands fall into, as it feels compact at nine songs and doesn’t pad the experience with filler or similar sounding material.

As I mentioned in the intro, this is the first full-length to feature D.K. Revelle and he immediately makes his presence known only a few minutes in.  His voice has a rougher edge to it that brings an appropriately sleazy edge to the material at times but is also able to soften up significantly on the ballads and melodic choruses.  It’s the type of room-filling singing that seems made for live performances, and the fact that this same energy is able to come through on the record leaves a lasting impression.  Revelle is backed up with some harmonized singing and whoa’s on some of the choruses, making for some choruses that absolutely soar.  Changing singers at any point in a band’s career can be a daunting prospect, but it’s clear throughout The Revenge of Rock that Kickin Valentina is in good hands.

Kickin Valentina’s latest full-length finds them capturing the essence of high energy rock from the Sunset Strip and beyond, continuing the strong writing of their earlier material while pushing outwards with more diversity.  While it doesn’t quite reach that classic level for me, it’s still a notable release with consistently enjoyable songs from beginning to end that avoids filler and that’s a big win.  Whether you’re a fan of glam rock, blues rock, or any other variation of hard rock, this album should have something for you and I’m excited to see where these guys go from here.  The Revenge of Rock is available from Mighty Music.