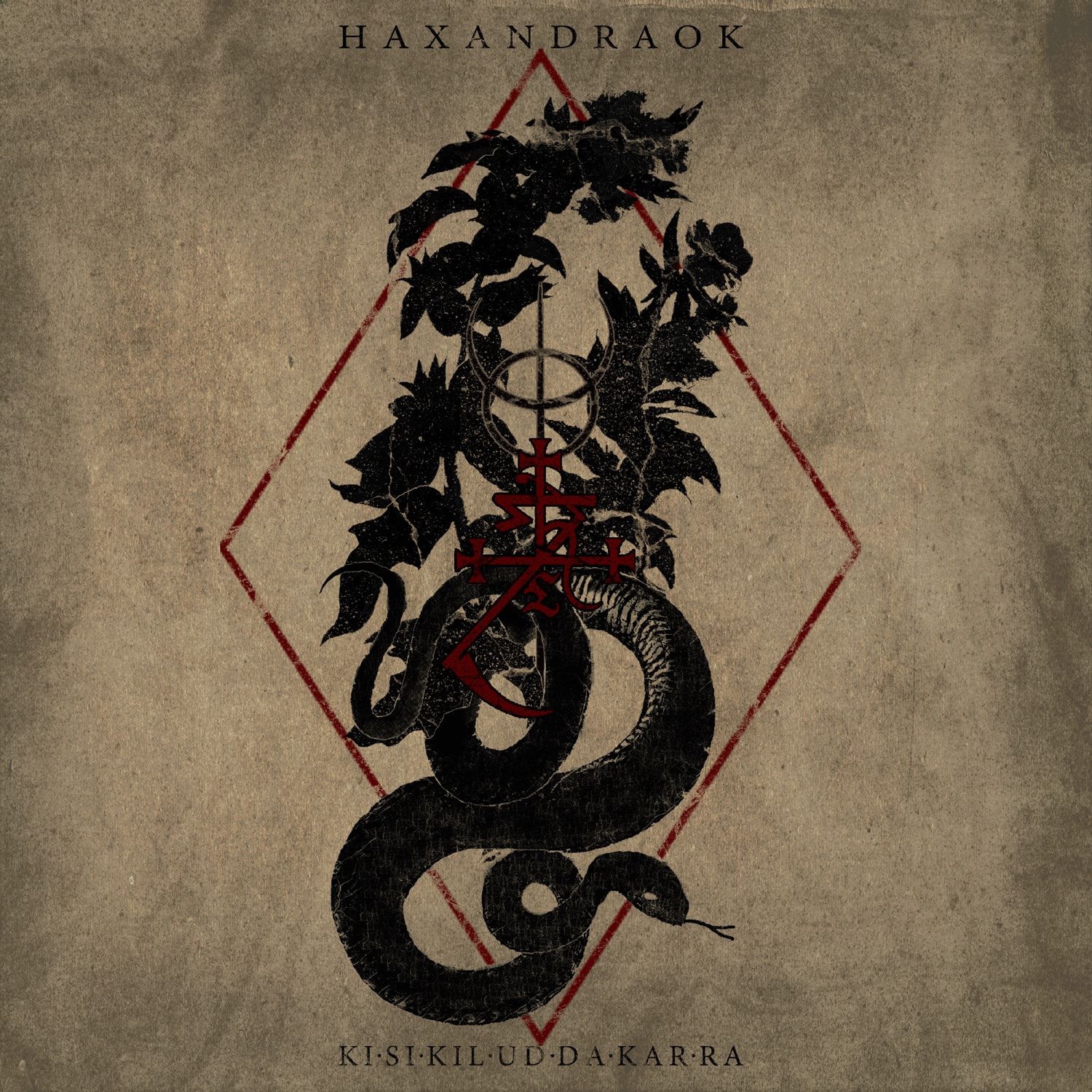 What I Like: Haxandraok's bio lists influences of Draconian Current, Qliphothic Sorcery, and Hexcraft as  well as Eastern, tribal, and classical approaches. What results is an appropriately mystical sounding album that is equal parts ominous and meditative. From the very first transition of regionally-influenced acoustic guitars to blizzards of distortion, I was captivated. The vocals employ a very Schammasch-y union of haunting chanting with grim, snarling inflection. When joined with the layered, reverb-soaked riffing and eclectic drumming, it truly feels as if a spell has been cast. Brief glimmers of ambient infused with buzzing insects and church bells further extend the dynamic range and deepen the entrancing experience.

Critiques: Fantastic stuff, but also pretty familiar to anyone who regularly listens to the genre. They could use a few more unique touches to stand out.

The Verdict: At just a hair over 31 minutes, Haxandraok manage to do quite a bit with Ki Si Kil Ud Da Kar Ra without ever overstaying their welcome. It's a truly spellbinding experience that makes for a very impressive debut while also boding well for the band's future.