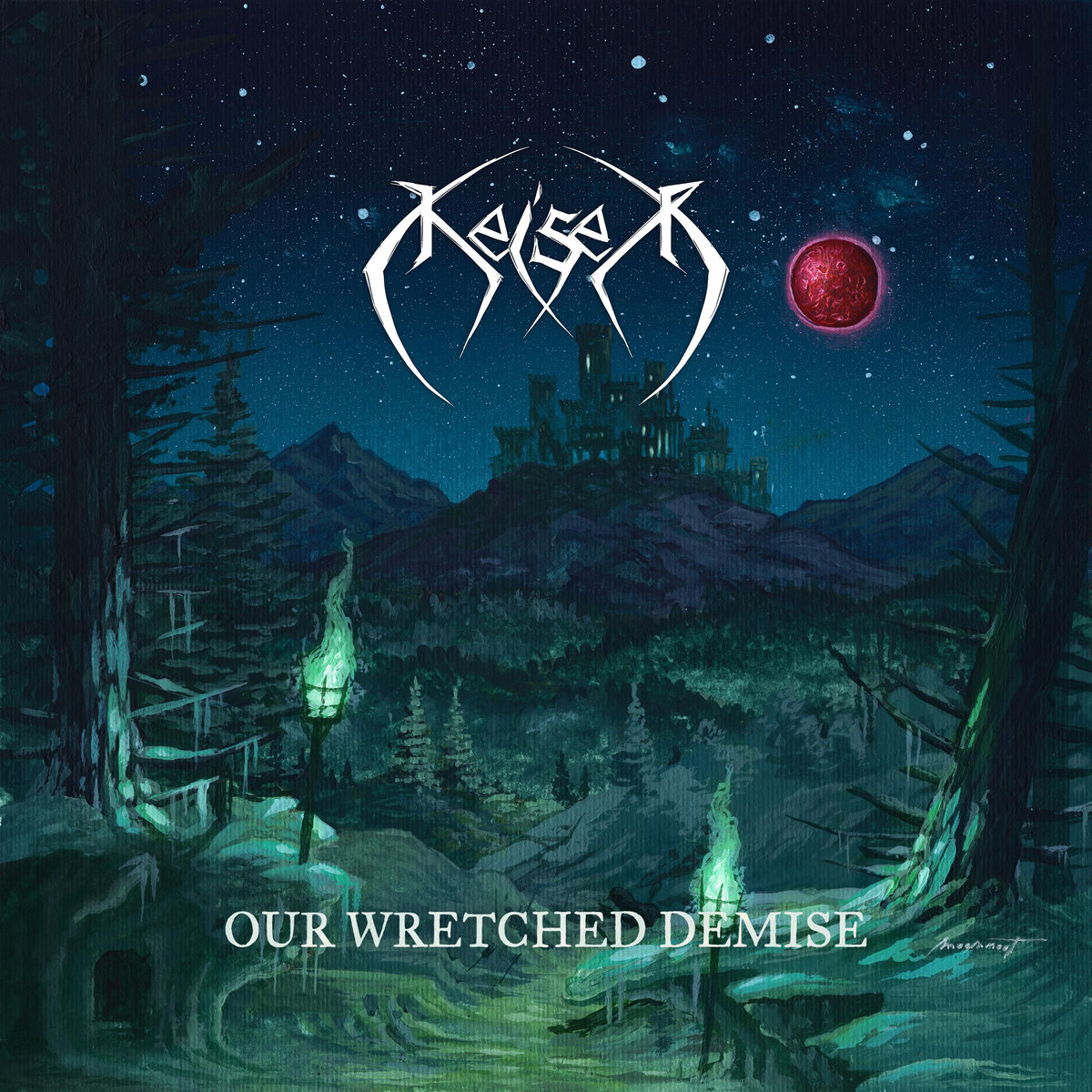 Our Wretched Demise
by Keiser

Norwegian black metal is hardly in short supply these days, with long-time bands that have been around since the second-wave period and newcomers alike giving listeners plenty of ice cold and aggressive material to take in.  Keiser is one of the newer bands to take on the genre, and this year’s Our Wretched Demise showcases them as a group that’s able to pay tribute to the classics while still branching out to include some other elements.  With some slight hints of prog and rock ‘n roll woven into black metal and black/thrash, the songwriting remains consistent from beginning to end and makes Keiser stand out.

The foundation that was established on 2017’s The Succubus hasn’t been messed with too much, as instead the group has capitalized on their strengths and upped the production values to make this follow-up a fuller and more dynamic sounding album.  You’ll notice this right from the start of “Scourge of the Wicked”, which balances blasting layers of guitar, bass, and drums into a mix that provides enough clarity to make out the individual elements but still sounds immense.  Initially the nonstop speed and thrashier edge of the songs brings 1349 and Aura Noir as well as a number of the classic second-wave groups to mind, but even on the early tracks there are shifts into melodic leads and straight up rock ‘n roll.  “Eternal Onslaught” even hints at some of Taake’s bone chilling tonality and rock swagger, coming the closest I’ve heard any other band come to Hoest’s approach to black metal.  Despite how many different directions Our Wretched Demise goes in from one track to the next, there’s a consistent flow to the songwriting and Keiser transitions with ease between these dense, jagged black metal and thrash elements and soaring atmospheric/melodic ones that bring in some slight hints of prog.  Perhaps the best showcase of Keiser’s ability to keep their ideas engaging is the ten-minute title track that closes the album out, as it hooks you with atmospheric, methodical build-ups that lead into a powerful climax.  Admittedly a lot of these individual elements are likely to feel familiar, but these guys have woven them together into a mixture that feels far less stereotypical for black metal and there are plenty of riffs that are likely to stick with listeners for some time to come.

While the instrumentals emphasize melodies quite often, the vocals remain rooted in the same type of harsh screams that one would expect.  The primary style is an extremely high pitched, raspy scream that comes through with the force of a bulldozer, adding even more intensity to the high flying and dense black/thrash sections but also giving some grittiness to the slower passages.  This pitch alone could easily sustain the material, but Keiser also has some backing growls that are added into the mix on some of the songs and this does help the performance to feel a bit more dynamic.  With just how expansive some of the guitar melodies are one has to wonder if there might be some singing on future efforts that channel some additional folk or prog elements into the raging black metal base, but for now things remain as abrasive and in your face as possible.

On their sophomore effort, Keiser has branched out even further and released material that’s highly polished and consistently enjoyable.  There’s plenty of that jagged and furious Norwegian black metal and black/thrash on display, but the dips into rock ‘n roll and soaring melodies helps them to stand out from the hordes of second-wave worshippers.  I do see there being room for the progressive side to grow even further as these guys continue to evolve over time, but they’re already a band that shouldn’t be missed in their current incarnation.  Our Wretched Demise is available from Non Serviam Records.