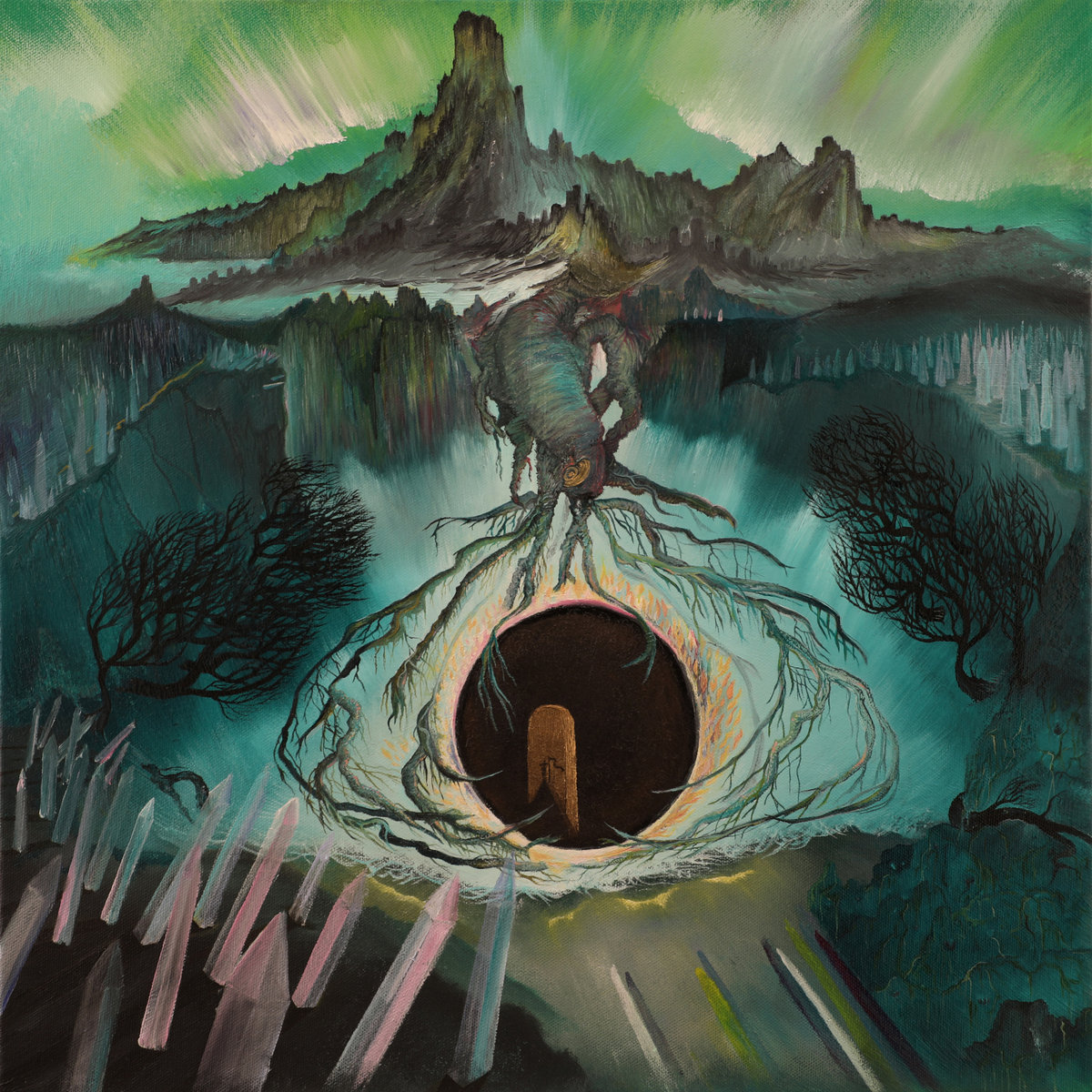 Moss Grew on the Swords and Plowshares Alike
by Kayo Dot

Over the past few decades Toby Driver has taken a wide range of musical styles and spun them outwards into an avant-garde and sometimes hard to decipher mixture.  maudlin of the Well explored some elements of metal through a wildly progressive context, while Kayo Dot has taken on everything from chamber music to electronic music (not to mention Driver’s diverse solo efforts).  After spending some extended time on keyboard forward records with Coffins on Io and Plastic House on Base of Sky, 2019’s Blasphemy flipped the script once again in favor of a guitar focused record that felt closer to art/progressive rock in scope.  It had a fair mixture of dark and lighter textures, and like anything else Kayo Dot has done there were numerous details waiting to be discovered on repeat listens.  For album number ten, Moss Grew on the Swords and Plowshares Alike, Driver has looked far backwards towards the type of gothic metal and associated music he was listening to when maudlin of the Well came together.  This has been reflected in the roster as well, with original maudlin of the Well members Jason Byron and Greg Massi coming back together to help Driver bring this latest vision to life.  As with anything Kayo Dot related, it takes its influences, deconstructs them, and brings them back together into something adventurous, but the tone here is much darker and foreboding than the band has sounded in a while.

Let’s get a couple quick points out of the way: Jason Byron is once again contributing all lyrics as he has on many of the band’s releases, but he isn’t doing any vocal work on this album, and this isn’t a complete throwback to maudlin of the Well.  Those that have followed Driver and company for some time know that they don’t fully repeat themselves even if there are some commonalities between albums, but Moss Grew on the Swords and Plowshares Alike is arguably the most metal leaning Kayo Dot has been since 2013’s Hubardo.  Opener “The Knight Errant” begins with dreamier keyboards and airy guitar work that still has a bit of a rock feel to it, and it flows quite well with Blasphemy’s final track “Blasphemy: A Prophecy” (though that may or may not be intentional).  But the further into the song you get, the darker and bleaker the tone becomes, with heavier distortion taking over from the melodies.  This is where a lot of the gothic metal influences Driver mentioned in a recent interview come into play, as the songs seamlessly balance this sense of melancholy and dreariness with moments that feel like they can crush you into dust.  Yet everything remains run through a progressive and experimental filter, as these songs tend to twist and turn in unexpected ways that give more depth.  “Get Out of the Tower” remains one of my favorite numbers on the album, as it opens with a lumbering bass line that’s equal parts post punk and gothic rock, but as you get further in the guitar work pushes things into nightmarish psychedelic territory with free-flowing shredding that feels like it’s attacking you.  Like some of the best material from this type of metal, there’s equal amounts of beauty and dread, but with the more progressive oriented structure these songs draw you in with initial hooks yet demand you spend extended time with them to find the details underneath the surface.

Toby Driver’s spent so much time experimenting with different singing pitches in recent memory that it’s almost a shock to the system to hear this much of the album’s run times dedicated to more abrasive and distorted approaches.  This is apparent right from the first minute of “The Knight Errant” where the tone is somewhere between singing and screaming, having a gruffer and biting edge without losing the ability to understand the lyrics.  Driver captures just about everything in between as the material progresses, sometimes delivering very raw and powerful screams and growls and other times retaining some of the mystique and haunting singing that was a key part of Blasphemy.  There is easily just as much to discover in the nuance of the vocal performance as the instrumentation, which once again makes this Kayo Dot record feel like a true journey into the unknown.  Byron’s narrative also offers up darker themes and plenty to unravel, though that’s best left for listeners to discover for themselves outside of the context of a review.

Kayo Dot’s return towards metal and gothic influences retains the tonality and abrasive elements one would typically associate with some of those styles yet torn apart and transformed in ways that only this band knows how to do.  It’s hardly the most out there and structureless album they’ve put out to date, but the balance here between accessibility and depth is spot-on and ensures that some metal fans that couldn’t fully get into the most avant-garde side of the band will still have plenty to be drawn in by here.  There are numerous melodies and riffs that are still stuck in my head, while other details likely remain to be discovered, and that’s the sign of an album with considerable longevity.  Moss Grew on the Swords and Plowshares Alike, is easily an end of year contender, and perhaps even one of the band’s most enjoyable releases in recent memory.