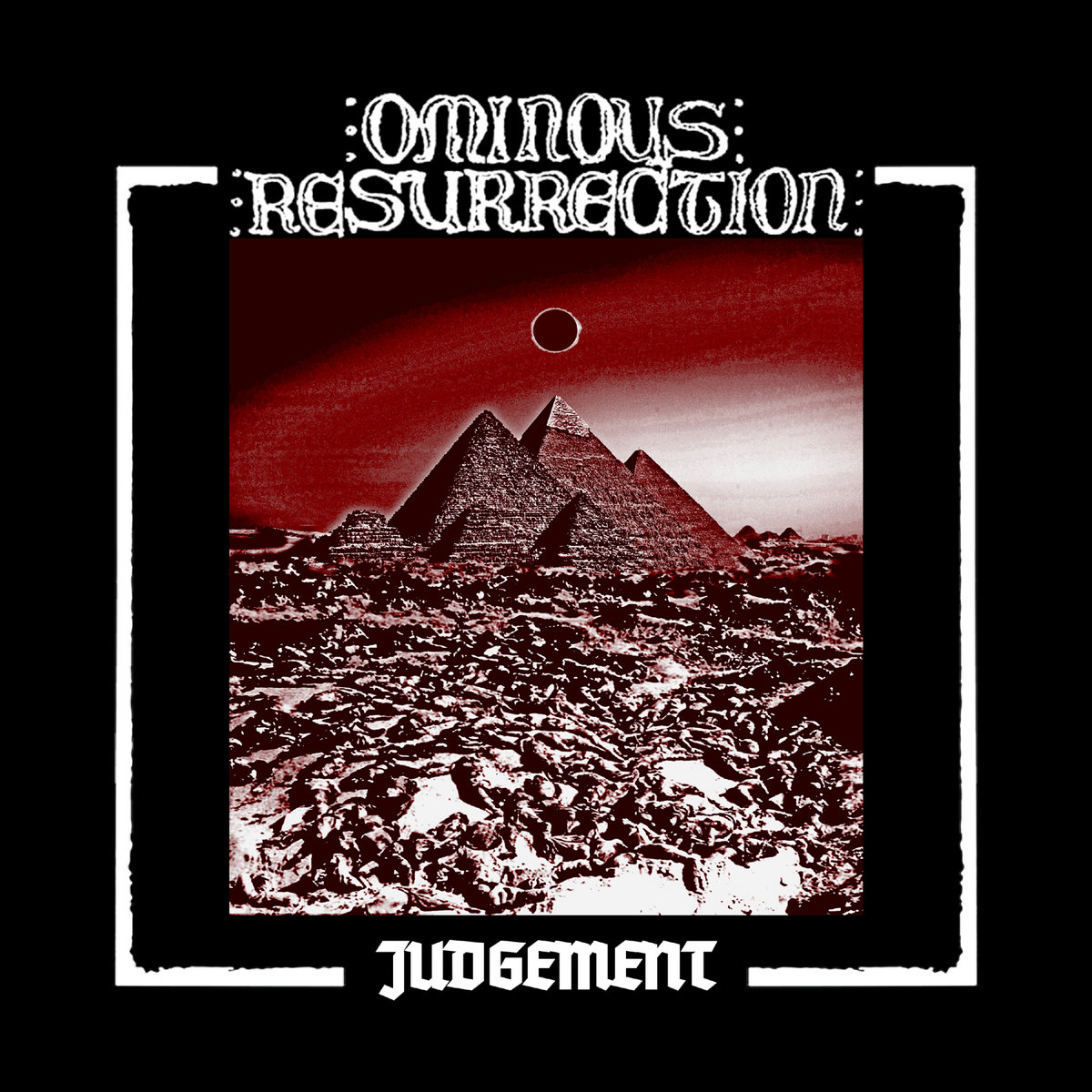 New York’s Ominous Resurrection may not have gained the same level of notoriety as some of the other bands in US black metal, but those that have spent time with their recorded output or seen them live can attest that they’re able to channel the same type of haunting atmosphere and hypnotic sound that few in the country can achieve.  With nods to Mortuary Drape, Mystifier, and Death SS in terms of the type of occult and otherworldly old-school sound they were able to achieve on Omniscient, nearly six years later the group has continued this approach with Judgement.  Compared to its predecessor, Judgement comes through with a bit more aggression and sinister energy while still maintaining swirling riffing that could send listeners into a trance.  It’s a wild ride that bludgeons mercilessly one minute before transporting you into bizarre, unknown worlds the next, and once again finds Ominous Resurrection really channeling a sound all their own.

Given Diabolic Gulgalta’s role in Negative Plane as rhythm guitarist, it makes sense that some of Ominous Resurrection’s approach to black metal bears some similarities.  But it’s more so in the fluid feel of the songwriting and cleaner tonality that has a strange and psychedelic vibe to it, as once you dive into the finer details the two diverge quite a bit.  Judgement has been recorded and mixed in a way that makes it seem like it could been ripped out of the transitional period between first and second wave black metal, as the recording is incredibly raw and each instrument sounds like its reverberating off of stone walls.  Despite the cleanness of the guitar tone, there’s a thick atmosphere that sends a dense fog over you, as if it’s beckoning you to listen to this material from the confines of a dusty crypt.  It’s in this regard that I’m reminded of the occult and otherworldly atmosphere conjured up by bands like Mortuary Drape and Mystifier, and Ominous Resurrection can match up in ways that few modern acts can.  When it comes to the actual songwriting this might be where some people bounce off of Judgement, as it’s focused on repetition and lulling the listener into a hypnotic state with equal amounts of relentless blasting and trancelike melodies.  “Heir to the Throne” gives you a pretty good idea of what to expect, as almost half of its seven minute run-time is spent with blasting drums and swirling guitar leads that seem to dance over the recording, repeating the same idea for quite some time before settling into a slower cadence.  It’s a lot to take in, but for the right type of listeners there’s a sense of mysticism and harshness that draws you to Ominous Resurrection’s material and keeps you under its grasp from beginning to end.

The title track provides one of the most haunting intros I’ve heard in quite some time, offering the sound of bells tolling, creepy noises, and chanting that feels like it’s going to send chills throughout your entire body.  From there the distortion and rawness of the guitars come through on “Heir to the Throne” and the vocals come through with lower pitched screams that are drenched in echo and bounce off the recording in the same way as the instrumentals.  They’re a little further back in the mix and sometimes become one with the rest of the band, weaving in and out of the layers of sound with a sinister presence.  It’s interesting to find that many of the Negative Plane adjacent projects have gone for this approach, as Funereal Presence also had this same type of frantic and powerful vocal performance that seemed to just barely burst through the recording.

Ominous Resurrection’s sophomore effort has been a long time coming, but it’s clear from the first listen that the wait has been worth it.  For some, the repetitive and almost trancelike approach might prove to be too much, but listeners who appreciate the mystical and otherworldly nature of the first and second wave black metal bands will find themselves drawn in by these songs.  Despite being reminiscent of these artists, this group still has a feeling of uniqueness and the way they seamlessly move between hypnotic, almost psychedelic atmosphere and all-out violence makes this another genre highlight of 2020.  Judgement is available from Terratur Possessions.