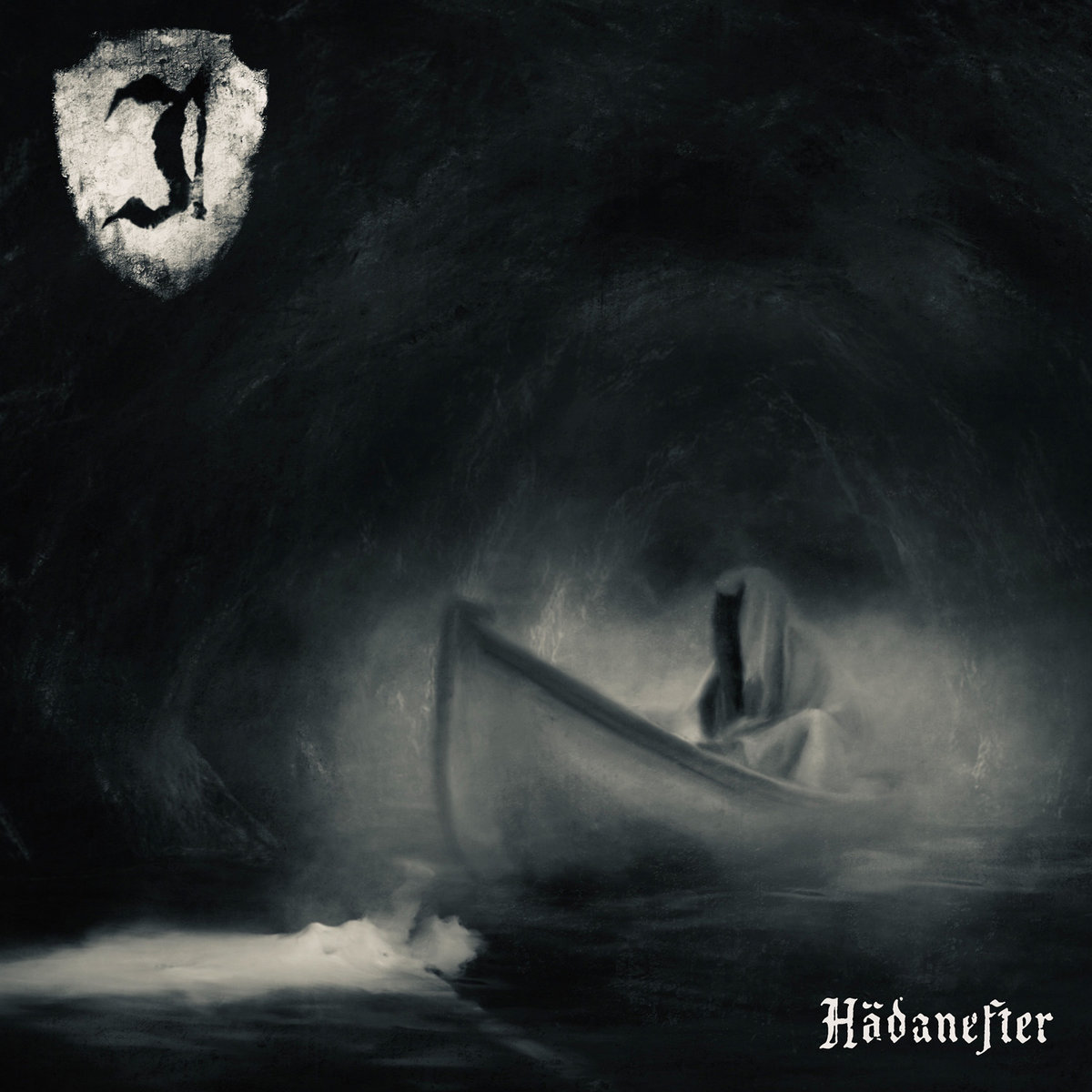 Nordvis Produktionhas a knack for unearthing Swedish black metal of all types, often releasing material from bands that already come across sounding fully formed even at an early stage.  This is the case with Jordfäst, whose debut full-length Hädanefter provides two sprawling arrangements that capture that familiar icy chill alongside more grandiose passages.  Although the band has left themselves with some room to further differentiate themselves from many of other Scandinavian black metal bands out there, this debut shows an attention to detail and sense of dynamics that makes them noteworthy even this early on.

The majority of black metal that I typically receive with songs this long emphasize hypnotic blasting and stretched out instrumentation that’s sometimes focused on atmosphere more than structure.  But that’s not the case here, as Jordfäst has taken the elements of 90s black metal from both Sweden and Norway and written lengthy songs that tell a narrative with the instrumentation.  Similar in some ways to how progressive rock bands do suites, the material here feels like it’s broken up into distinctive sections that have their own natural peaks before moving onto the next idea.  The band accomplishes this through a mixture of slow, methodical riffs that bring both a folk and rock ‘n roll edge into the icy black metal as well as the blasting one would expect.  There’s a consistently bleak and eerie tone no matter what speed the material is going at, and the first band that came to mind as I made my way through Hädanefter was Taake.  Similar to Hoest’s group, Jordfäst likes to add in some of those punchy rock grooves as well as some folk-leaning atmosphere at just the right moments, though the slower tempos give this album a different overall feeling.  Despite the length of the songs there isn’t any wasted space, as the instrumentation is consistently pulling the listener in with its melodic leads or abrasive edges.  There are still a number of other Norwegian and Swedish acts that the swirling melodies and sheer blackness of the tone remind me of though, and Jordfäst hasn’t quite found that element that truly sets them apart just yet.

One of the areas of Hädanefter that does give the band an advantage is their vocal work, which is split evenly between harsh and clean pitches.  This is where some of the folk influences come through a bit more, as the singing has a somber and almost paganistic tone at times that make you feel like they are channeling different elements of the Earth.  When it comes to the screams, the pitch skews towards the higher end of the spectrum with a raspy and jagged tone that cuts through the recording with razorlike precision.  Although Jordfäst’s instrumentals are often focused on bleak melodies and dark atmosphere over the violent and chaotic approach of a lot of second-wave black metal, the vocals are able to channel this and add considerably more bite to the album.

Jordfäst has made a strong impression with their debut, as I can’t think of too many other black metal bands that attempted this level of narrative scope and progression this early on without falling into repetition or feeling like their ideas were too dragged out.  But here it’s delivered with polish and riffs that consistently draw you in whether it’s going at a faster speed or much more methodical pace.  It often comes across like these guys have taken the roots of Norwegian and Swedish black metal and projected it outwards towards more epically inclined and melodically focused song structures.  There remains room for them to further explore some of the weightier grooves and folk elements and push out even further into a unique niche, but for now there is plenty here to keep listeners coming back for more.  Hädanefter is available from Nordvis Produktion.