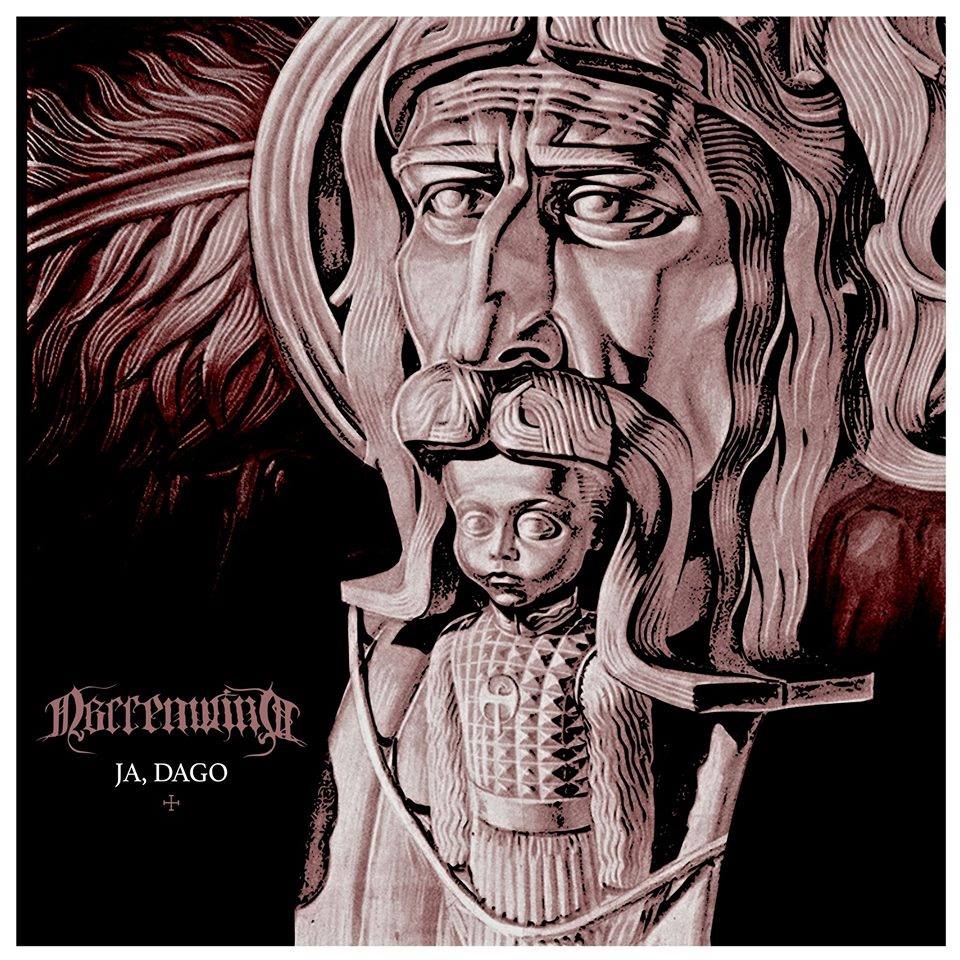 Narrenwind seemed to join the Polish black metal scene out of nowhere last year with Mojej bolesnej śnię dobrą śmierć, which took elements of the genre and pushed it towards unknown territory.  It came as no surprise that the group came out of the gate so fully formed as its members also play in Sauron and Non Opus Dei, with this project taking on an adventurous and progressive path.  Less than a year later the group has already released a follow-up titled Ja, Dago which takes the established sound and blows it completely outwards towards sprawling instrumentation and unpredictable transitions.  It’s an album that is capable of feeling whimsical and epic from one moment to the next with plenty of intrigue in between.

Ja, Dago is one of those albums that’s hard to pin down yet has immediate appeal.  While there are harsher riffs that retain some of black metal’s identity Narrenwind has a tendency to take these elements and twist it around completely into something different.  The instrumentals are constantly shifting and adding in new ideas, with the build-ups delivering a sweeping sense of atmosphere similar to 70s prog.  But no matter how far outwards the melodies push the writing remains grounded, with the material regularly providing hooks that draw you in and encourage repeat listens to discover the rest of the nuances.  At times I’m reminded of the type of unpredictable, ever shifting writing style that Furia has utilized on their more recent albums, but where they used abrupt transitions and periods of calm Narrenwind always keeps moving forward with each song feeling like a journey from beginning to end.  One track might start off with a much darker, introspective section, move over to a more whimsical and mystical sound where the melodies dominate, and then bring back the heavier elements for a downright epic passage, all before it’s even reached the halfway point.  It’s genuinely stunning and despite the overall complexity that’s gone into these arrangements there’s a feeling of approachability that may just make Ja, Dago appeal to listeners that don’t always skew towards the more progressive side of metal.

Having spent a good deal of time with Non Opus Dei’s latest full length over the past week, what stands out the most throughout Narrenwind’s latest is just how different Klimorh’s performance is on this album.  There are sections where the same raspy screaming appears, but there’s a lot more diversity here with lower growls and cleaner ranges that retain heaviness to their delivery.  Where the instrumentals have a tendency to explore melodic textures as often as the harsher ones, the vocals keep things rooted in the darker, abrasive side and the two balance each other perfectly.  Unfortunately as with a lot of Polish acts the lyrics remain impenetrable to me outside of some hasty machine translations, but like many of their countrymen Narrenwind’s pulling from more nuanced inspirations than your average black metal.

Despite the quick turnaround time Narrenwind has delivered another fully formed effort that draws you in with stand-out hooks and reveals additional nuances with each additional listen.  It’s black metal taken in a much more progressive and unexpected direction, retaining some of the core elements of the genre while shapeshifting into something unique.  The whirlwind journey that is this album has beckoned me back time and time again and it’s definitely a highlight of the year, with Narrenwind already sounding unlike anyone else after only two releases.  Ja, Dago is available from Pagan Records.