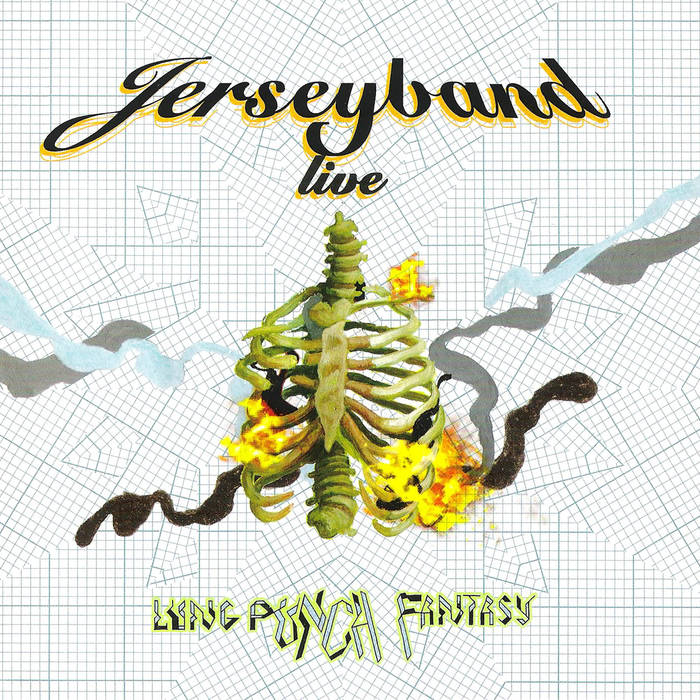 "It can be anything that you want. It's just sangwich." So sums up the strangeness that is Jerseyband. Ten points to whoever guesses where they're from. Consisting of three sax players, a trumpet, guitar, bass, drums, and vocals; this is marching band metal. Even when the guitar pulls back, this is some oddly heavy stuff. Primus meets ska meets mathcore...or something like that. Reel Big Fish covering Dillinger Escape Plan.

Whatever parallels you choose to draw, this is some really cool stuff, and it's a shame the band has not had more output. This particular album I was turned on to, Lung Punch Fantasy, is actually a live show from 2007. I normally don't go in for live albums, but this one is pretty flawless, Not unlike a Frank Zappa performance, the give and take with the audience adds to the quirkiness on display. Jerseyband have released albums since, but I'd much rather just catch a performance given what I've heard here.

The album opener, "Sheffield's Law," could have been written by Les Claypool himself from the spastic brass and crunchy guitar right down to the funny-but-true spoken word commentary. The primary difference is the inclusion of occasional extreme vocals with lyrics that are equally nonsensical. Instrumental tracks will sometimes take a more straightforward approach as with "Titan," but only for the band to break into a series of caveman grunts as they transition to the next freakshow.

Between the rocking guitar solo on "Feminem" to the just plain fun of "Sangwich," I couldn't get enough of Lung Punch Fantasy. It's a unique fusion that is both sonically impressive and gosh darn endearing in it's Howard Hughes-level eccentricity. No more needs to be said. Just listen to the album for yourself on bandcamp, along with their other releases. Support innovation, people.