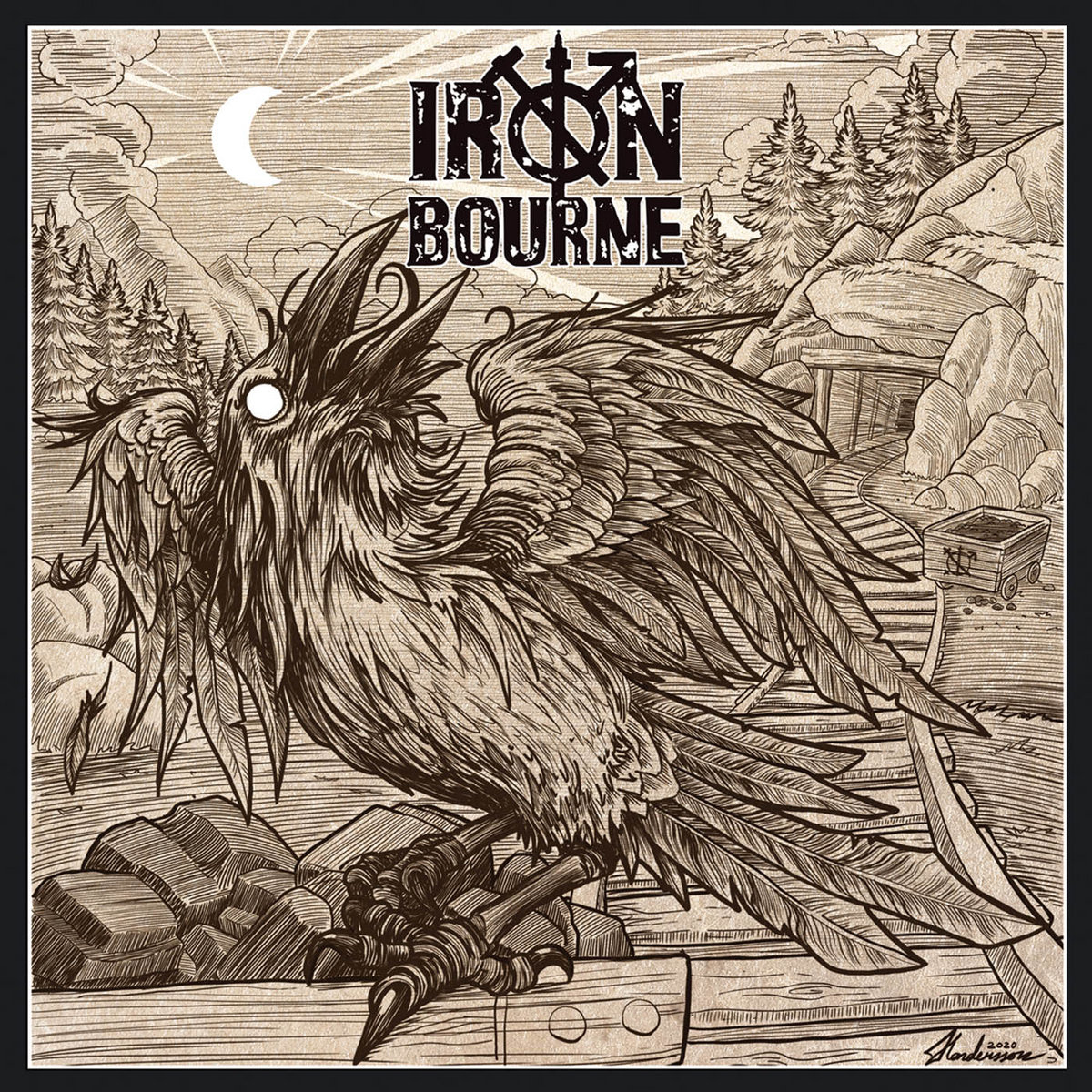 They may have only formed under the Ironbourne name in 2019, but this Swedish group sounds like they could have been around some three or four decades earlier.  Falling somewhere between the hard rock of the 70s and the heavy metal boom of the 80s, the group delivers a mixture of soaring melodies and rougher edged riffs that have the right amount of bite on their self-titled debut.  With an accessible sound that still has depth underneath, this is a strong start for these newcomers that is sure to appeal to both rock and metal fans.

The bio provided by the label mentions that the members of Ironbourne have spent time in a number of different local bands and tribute acts over the years, and this experience shines through on their debut.  While any comparison to NWOBHM or heavy metal in general might make you think that the songs are built for speed, Ironbourne has opted for a more laid back yet methodical approach, preferring slower grooves and mid-tempo riffs that spread outwards with warmer melodies and a heavier edge.  Songs like “Covenant” do pick up speed a bit and shake things up, but for the most part the instrumentals keep things at a steady pace.  This is where the hard rock elements really shine through, as while there are sections that add a bit more bite and some extra weight to the recording, the band is at their best when the melodies take over and absolutely soar.  Opener “The Dreamer” is a great way to draw listeners in, as it has an airier melody that spreads outwards over the lumbering foundation in a way that reminds me of quite a few 70s rock bands.  This also holds true on one of my favorite songs, “Too Late”, where Ironbourne offers up a softer ballad that still feels epic in scope.  Admittedly with the emphasis on slower speeds, some of the tracks do feel a little too stretched out and overstay their welcome as they approach the six minute mark, but there are still just as many that will stick with listeners.

With how many groups are joining the hard rock and heavy metal genres every year, it often takes a strong singer to complete the whole package.  This is where Ironbourne is able to leave a lasting impression, as Torbjörn Andersson has the type of voice that’s warm and inviting yet booms over the recording with a powerful presence.  Rather than going for the higher ranges and falsettos, Andersson sticks towards a more rock-oriented performance that starts off at a gruffer range and then heads towards slightly higher registers as the songs progress.  Quite often his performance felt like it was channeling three decades worth of hard rock, bringing to mind groups from the 70s to the 90s, and this works in the band’s favor.

Given the lasting legacy of bands like Blue Öyster Cult and Thin Lizzy, I appreciate when newcomers head into that territory alongside earlier heavy metal influences rather than just channeling the same Judas Priest or Iron Maiden approach.  Ironbourne succeeds in this regard, and their ability to balance warm and inviting melodic hooks with that rougher edge works well.  They may still need to trim off some of the fat and maybe switch up the tempo just a bit more on a follow-up, but this is still a great first showing and one I see myself returning to.  Ironbourne is available from Pure Steel Records.