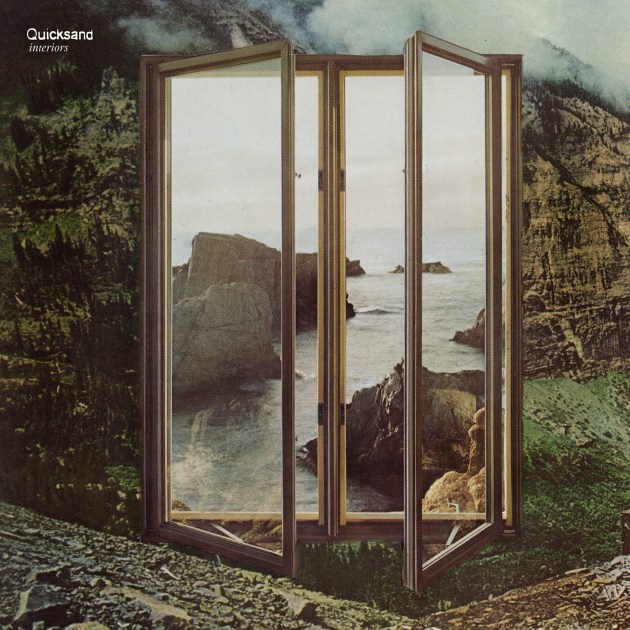 The Pitch: Back in the 90's, underdog alternative rock group Quicksand proved the power of quality over quantity with just two albums: Slip and Manic Compression.  Now they are back over 20 years later with one of the most anticipated follow-ups of 2017.  FFO: Fugazi, Helmet, Sonic Youth

What I Like: Despite being a highly talented group, Quicksand lingered in relative obscurity; always in the shadow of more popular groups like Nirvana and Soundgarden.  In fact, even as a huge fan growing up during the grunge and alternative takeover, I didn't hear about these guys until their bass player joined Deftones after the loss of Chi around 2009. This is truly unfortunate, as I regard Slip to be one of the finest albums to come out of the decade alongside Helmet's oft-forgotten Betty.  If you're a fan of Fugazi's discography, Quicksand is a band that you simply cannot ignore.  And fortunately, their new album Interiors still carries that classic 90's feel.

I try to avoid getting too hyped up for comeback albums, but it was hard not to what with the release of debut single "Illuminant."  Goddam, this song feels like the band never left.  Sure, it's a little more laid back in its delivery, but all of the original benchmarks are there: great guitar, stirring vocals, and always impressive bass work.  In fact, Sergio's groovy bass is definitely one of the shinging stars of the entire album.  It oozes head-bobbing melodies that often steal the spotlight.  But the guitars shouldn't be ignored either.  There's some really great moments like the Smashing Pumpkins-esque lick on "Warm and Low," and the band's patented drone-wail-drone riff towards the end of "Cosmonauts."  In fact, the latter song feels similar to classics like "Freezing Process."

Critiques: While there is no lacking of genuine passion all over Interiors, some of the youthful angst and energy feels missing.  Don't get me wrong, this album is far from flat or lifeless, it just sticks to a fairly somber pace I liken to Sonic Youth's "Teenage Riot."  It's an important mode in the band's repertoire, but without the more explosive shouted vocals and righteous distortion of their previous works, it can get a little bland.

The Verdict: A band returning after two decades cannot (and should not) try to sound like they did in their glory days.  If I was the same person I was 20 years ago, you might as well take me out back and put a bullet in my head.  Life is about maturing through life experience, and I think that Quicksand have done plenty of that.  More impressively, the band has grown and stayed true to themselves while naturally keeping most of the elements that made the band so attractive to begin with.  Interiors could never fully live up to my expectations, but I feel that it pans out much better than the recent Helmet release, and it may just be of the best rock albums of the year.

Flight's Fav's: Illuminant, Under The Screw, Warm and Low