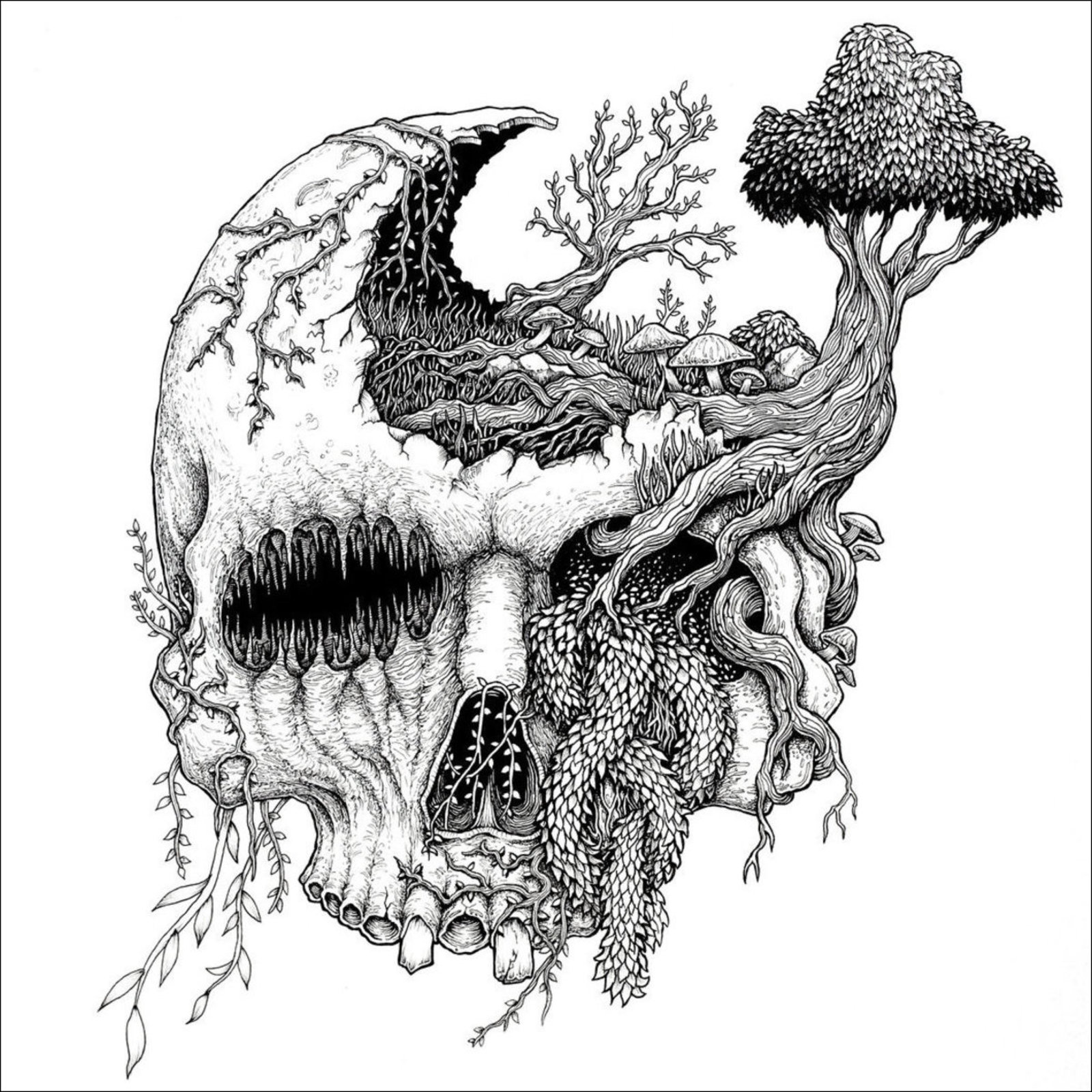 In Vengeful Reverance
by Moss Upon The Skull

The Pitch: Exquisitely calculated progressive death metal from Belgium's Moss Upon The Skull via I, Voidhanger. FFO: Gorguts, Antlion, Gorod

What I Like: In an already strong week, I'm going to cast my vote for In Vengeful Reverance as the best of the bunch. With this album, Moss Upon The Skull leap straight to the top tier when it comes to both songwriting and performance. Every track on this album is arranged and executed with needlepoint precision. For those who enjoy their death metal with heavy emphasis on the prog like Obscura and Cynic, you're going to want to open your wallet for this one. My favorite parts are, unsurprisingly, the faster bits. The guitars and drums in these moments are dizzying in their technicality and shifting textures. But at the same time, I highly appreciate the pace changes. The deep, echoing old school death growls nicely compliment the doomier sections ("The Serpent Scepter"); and Moss Upon The Skull know exactly when to shift up in gear again. They also throw in some Schammasch-y chanted clean vocals for good measure. As a result, we get an album that is highly dynamic and never dull or predictable right up to the beautiful acoustic guitar outro of "Unseen, Yet Allseeing."

Critiques: I have nothing outright negative to say about this album. The only reason it isn't a 10 is that I've heard the ideas before and I reserve A+ musicianship for the likes of Artificial Brain, but outside of that this perfection.

The Verdict: As much as I love hearing another great album from an already established band, there's something special about discovering a likely year-end standout from a virtual unknown. With In Vengeful Reverance, Moss Upon The Skull have earned their stripes and deserve national recognition. At the very least, they deserve to be uttered in the same breath as the likes of Alkaloid. Pick the album up next Friday.