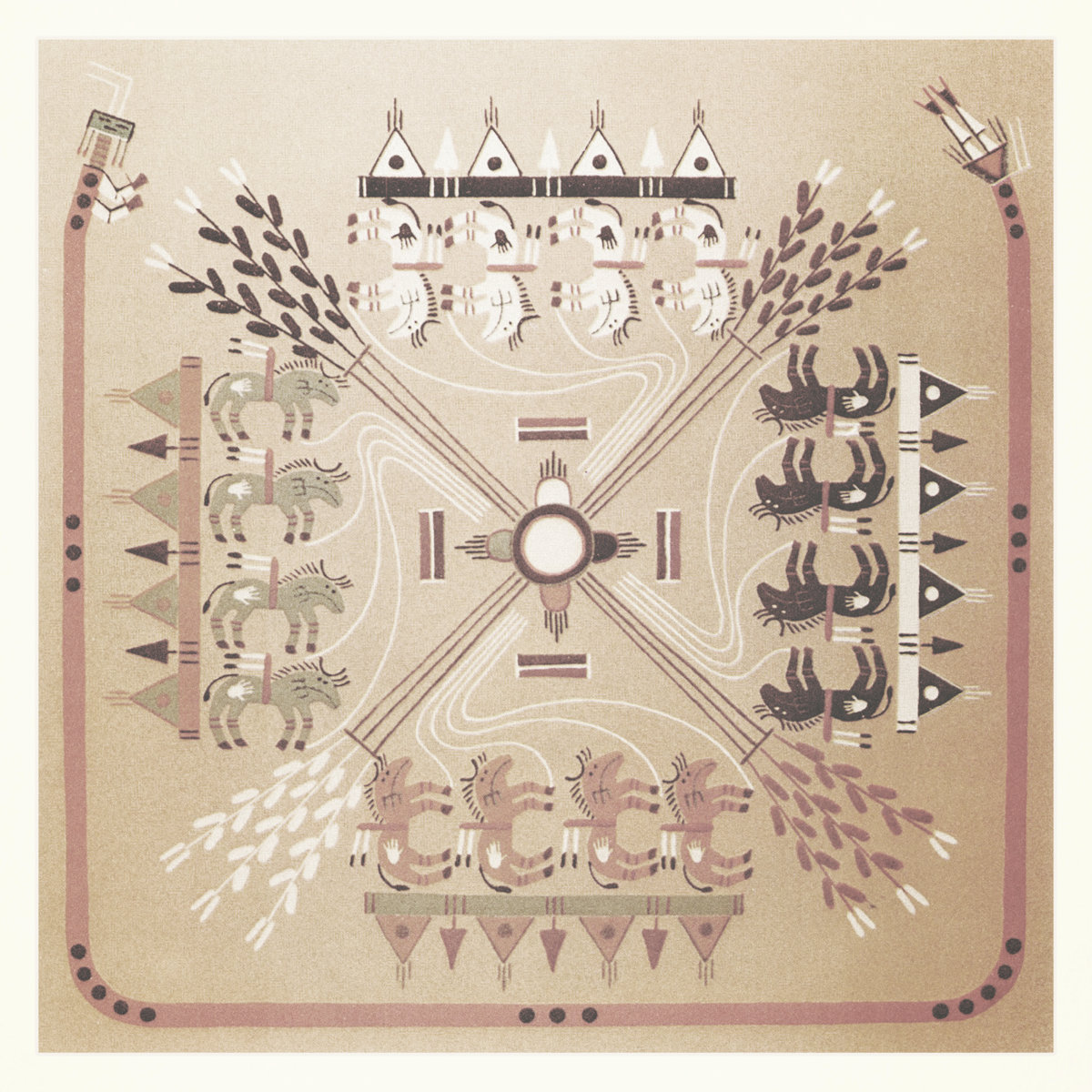 In the Faith That Looks Through Death

In the Faith That Looks Through Death
by Vital Spirit

Vital Spirit may have appeared almost out of thin air, but you may be familiar with the other bands its duo has spent time in like Seer and Wormwitch.  The project was formed when the latter group was on tour throughout the United States, with the sound and lyrical content taking inspiration from the landscape and history of the U.S. while pulling in a wide range of additional influences.  On their debut EP In the Faith That Looks Through Death Vital Spirit merges elements of sweeping Americana and Spaghetti Western with raging black metal that recalls the Pacific Northwest variants of the genre.  In many ways it just seems to be scratching the surface of what combining these musical styles can result in, but there’s still a lot that will draw listeners in and leave them wanting more.

With how I’ve described the band in the previous paragraph you might go into this EP expecting some softer textures from the get-go, but Vital Spirit has instead decided to spend the first two tracks showcasing the more raging and chaotic side of their sound.  “Heart of Sky” and “Centaur” both blast listeners with dense layers of fast paced riffing and pummeling drums that feels like a storm rolling through, and the way that shimmering melodies break through this abrasive base are reminiscent of a number of black metal bands from across the Pacific Northwest.  “Centaur” does start to shake up the formula a bit towards the end with rhythmic variations and guitar work that brings galloping horses and Spaghetti Western films to mind, but it’s on the next track “Face of the Sun” where this is explored in much more detail.  This song still begins with very harsh instrumentation, but around the three-quarter mark the distortion fades out and you’re left with whistling and acoustic guitar that sounds like it could have been ripped right out of a film soundtrack or recent Earth album.  It’s a shift that works surprisingly well, as the move from roaring black metal riffs into calmer windswept Spaghetti Western feels natural and the two sides complement each other.  Admittedly I did find myself wanting even more, as the four songs fly by quickly in just under seventeen minutes and it feels like you don’t start to get a true feel for the other side of Vital Spirit’s sound until closer to the end.  Everything is delivered with a considerable amount of polish and there are passages that will stick with you and entice you to return for another listen, but it still feels like the best is still to come.

The instrumentals may start to take on a mellower and melodic approach as In the Faith That Looks Through Death progresses, but the vocals remain on the harsher end of the spectrum for the entirety of the EP.  Kyle Tavares delivers high pitched screams that come through with even more abrasiveness and grit than his backing vocals on Seer’s albums, adding a considerable amount of bite to Vital Spirit’s material.  Right now the band tends to let the mellower sections remain instrumental only and utilizes the vocals when things kick up into aggressive blasting, but I have to wonder if they’ll switch things up in the future and utilize some of the raspier pitches even as the guitar and bass work mellow out.  It should be interesting to follow and see what they choose to do, but for now the amount of power on display throughout this material does a lot for Vital Spirit.

Even this early on, it’s clear that Vital Spirit is taking black metal and pushing it towards some new and intriguing directions.  While it does seem to still be developing throughout these four songs, the shifts between dense, violent black metal and somber melodies that bring Americana and Spaghetti Western soundtracks to mind work well and leave you wanting even more.  It’s a solid base for the band to build off of in the coming years while still giving fans of the genre enough substance to latch onto, and I’m genuinely excited to see just how far these two will push the concept.  In the Faith That Looks Through Death is available from Hidden Tribe, with a vinyl release coming from Vendetta Records at a later date.